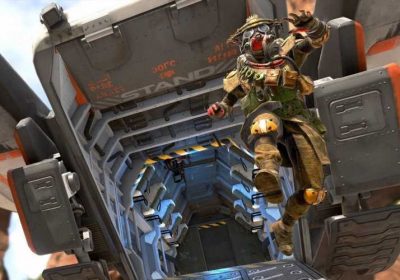 Respawn Entertainment is losing two of its most instrumental leaders. Apex Legends game director and studio co-founder Chad Grenier announced his departure from Respawn on Friday, followed shortly after by Apex Legends design director Jason McCord. Both have 11 years of experience working at Respawn.

“It’s been an unforgettable ride to say the least,” wrote Grenier in an emotional blog update. “But today, this crazy chapter comes to an end.”

Grenier announced his replacement as Apex game director is Steven Ferreira, who joined Respawn in June 2019 and has been serving as Grenier’s “right hand” ever since.

“Apex Legends is in great hands and I feel like I can walk away knowing this game and community will continue to be taken care of. We’ve got years’ worth of content in flight, and I can’t think of anyone better than Steven Ferreira to take over as the game director and make sure it’s done right,” added Grenier.

“At Respawn, we’ve always believed that new leadership and new team members mean new ideas, new energy, and new innovations. This couldn’t be a more accurate statement to describe Steven’s many contributions over the years.”

Meanwhile, McCord announced his departure in a tweet on Friday, noting that 11 years at Respawn has resulted in both 11 seasons and 11 shipped maps for Apex Legends.

“It’s tough to leave a game and a team that you love. But, it’s time to do something new,” wrote Chad. “No plans quite yet. Going to walk the Earth for a bit and recharge. Stay tuned!”

With two big departures, Respawn is experiencing an era of upheaval as CEO Vince Zampella takes over the Battlefield franchise from former DICE general manager Oskar Gabrielson. Battlefield’s rough launch has been roundly panned by critics and players, resulting in Battlefield 2042 being one of Steam’s worst-rated titles. Respawn, however, has been one of EA’s most successful studios, so the thought may be that Vince will bring some of that success to the Battlefield franchise.