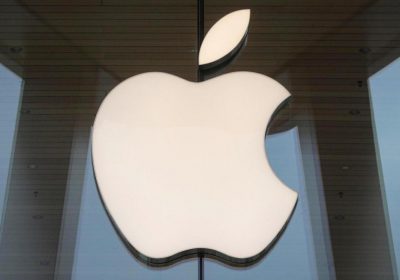 Apple today announced that it has joined Sustainable Semiconductor Technologies and Systems (SSTS), a new research program launched by Belgium-based R&D organization Interuniversity Microelectronics Centre (Imec), to reduce the environmental impact of “choices made at chip technology’s definition phase.” According to a press release, SSTS will use models and greenhouse gas footprint analyses to help the integrated circuit-making (IC) industry cut back on its ecological footprint as part of the global fight against climate change, resources depletion, and pollution.

IC technology enables everything from internet of things devices, machine learning, and cloud computing to cars, washing machines, and smartphones. Unfortunately, the world’s growing dependence on semiconductors and their production processes have expanded the IC-making industry’s ecological footprint. Research has shown that close to 75% of a mobile device’s carbon dioxide emissions, for example, can be attributed to its fabrication, with almost half of that resulting from the underlying IC manufacturing.

SSTS, with Apple as its first member, will aim to inform partners of the environmental impact of certain early-stage choices, drawing on Imec’s research on infrastructure and machinery. Imec, which was founded in 1984 as a nonprofit organization, has its roots in a 1982 Flemish government program set up to strengthen the microelectronics industry in Flanders. The organization now employs a team of 5,000 and conducts R&D in semiconductor and system scaling, silicon photonics, AI, wireless communications, and sensing technologies.

Apple has separately committed to becoming carbon neutral by 2030.

“Many systems companies are carbon neutral today for their corporate footprints and have expressed the ambition to have their entire carbon footprint to net zero by 2030. They are very committed to achieving that goal, yet often lack the data to decipher the IC part end-to-end. That is where imec comes in,” Imec CEO Luc Van den hove said in a statement. “We have those data, and are ready to support the industry with all necessary insights, tools, instruments, and numbers. Moreover, companies realize they can only become carbon neutral if their whole supply chain follows suit. So, that is the snowball effect we want to create — together with Apple — today. I would like to call upon the whole semiconductor value chain not to stand at the side, but to act as one and to join forces with us to cut back the entire semiconductor industry’s ecological footprint.”

A recent paper by Harvard researchers showed that information and computing technology could account for as much as 20% of global energy demand by 2030, with chip manufacturing responsible for the bulk of that footprint. In 2019, Intel’s chip fabrication plants used more than three times as much water as Ford plants and created more than twice as much hazardous waste. Meanwhile, Taiwanese chip manufacturer TSMC’s annual electricity consumption is projected to rise to 7.2% of Taiwan’s entire usage within the next few years.

TSMC — which is a key Apple supplier — has pledged to use 100% renewable energy by 2050. South Korean semiconductor supplier SK Hynix recently announced a collaboration with Apple to develop “environmentally friendly” memory for future iPhones. And Intel says it currently treats and returns some 80% of the water it uses, with the goal of raising that to 100%.

But the insatiable demand for chips threatens to undercut those sustainability efforts. TSMC said last year that it plans to spend $100 billion expanding its fabrication capacity; Samsung is committing $116 billion over a decade on its foundry business; and Intel plans to spend $20 billion building additional facilities in Arizona. Elsewhere, the European Union has proposed legislation aimed at increasing its share of the global chips market to 20% by 2030.