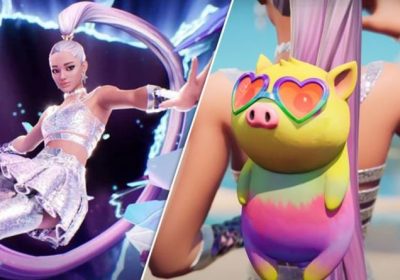 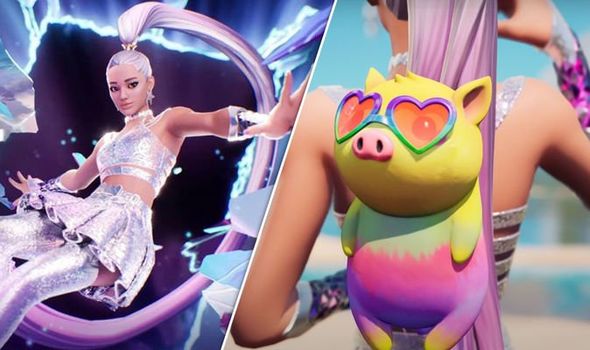 Fortnite fans will soon be able to get hold of an Ariana Grande skin, as well as the accompanying Piggy Smallz back bling. The Ariana Grande cosmetics are launching in the Fortnite Item Shop ahead of the eagerly anticipated season 7 live event that’s headlined by the One Last Time singer. Ariana Grande will be performing on the Battle Royale map during the upcoming Rift Tour, with is a series of five in-game concerts.

The first Fortnite Ariana Grande concert takes place on Friday August 6 at 11pm BST, with four more chances to tune into the season 7 live event over the weekend.

And in the run-up to the Fortnite season 7 event the Ariana Grande outfit and Piggy Smallz back bling will launch in the Item Shop.

The Fortnite Ariana Grande skin will launch in the Fortnite Item Shop at 8pm eastern time on Wednesday August 4.

Speaking about the skin release, Epic Games said: “Celebrate Ariana’s run in the Rift Tour with her arrival in the Item Shop and Icon Series.

“As a sneak peek of what will be available check out the Ariana Grande Outfit and Piggy Smallz Back Bling.”

Ariana Grande was officially revealed as the face of the Fortnite Rift Tour over the weekend, after Epic Games teased the Fortnite season 7 live event would be fronted by a “record-breaking superstar”.

Announcing the headline act for the upcoming Fortnite event, the game’s official Twitter account posted: “Excuse us, Ariana is coming!

While anyone that attends one of the upcoming Fortnite Rift Tour concerts will receive the Cuddly Cloudcruiser commemorative Umbrella.