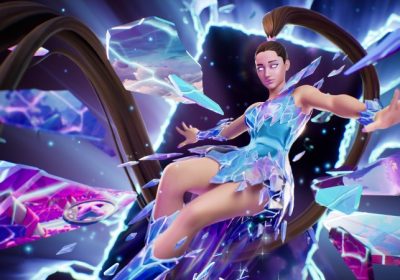 Epic Games is hosting an in-game music festival later this weekend called the Fortnite Rift Tour and to kick off, the company has announced that pop star Ariana Grande will be headlining the upcoming event. The Grammy-winning artist will be joining millions of battle royale fans worldwide for a musical experiences Epic promises players won’t be able to forget.

The Rift Tour will run from August 6 through August 8 and will feature popular tracks mixed with elements of the game, not unlike previous Fortnite-centered concerts in the past. With the pop star’s musical contribution also comes a few themed cosmetics, such as the Ariana Grande outfit and the Piggy Smalls Backbling.

“Working with Epic and the Fortnite team to bring my music to life inside the game has been so fun and such an honor,” says Grande about her upcoming digital performance. “I can’t wait to join my fans and see all of your reactions to such an unforgettable, magical journey to new realities.”

Players will be able to enjoy what the Rift Tour will have to offer for free on PlayStation 5, Xbox Series X/S, PlayStation 4, Xbox One, Nintendo Switch, PC, and Android. iOS users will not be able to participate due to the ongoing Epic Games vs. Apple lawsuit.

“Fortnite is a place for the imagination and the impossible. With the Rift Tour, we’re bringing a musical journey to life that players can experience, feel, and join alongside their friends,” says Phil Rampulla, Head of Brand at Epic Games. “We’re so grateful to have an iconic superstar like Ariana Grande and her team join us for a musical experience at metaverse scale, and for players and fans alike to experience the Rift Tour!”

The Rift playlist will begin 30 minutes before the show goes livelater this weekend, though Epic Games promises more info about the upcoming Fortnite event later this week.

Comments may be showing disabled, this is a part of an ongoing site update on our end and we hope to have them up as soon as we can!