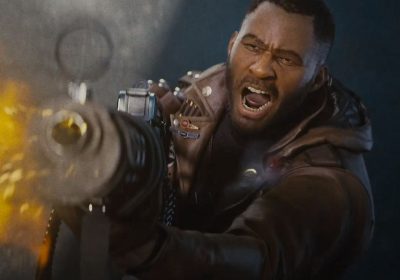 Deathloop is expected to be yet another Arkane Studios classic that gives plenty of opportunities and freedom in achieving your goals. At the same time, the project will stand apart from many other games as it won’t offer some features players may be already used to. One of them will be a New Game Plus mode, but developers have a good reason for its absence this time.

As players already may know, Deathloop’s events unfold on the Blackreef Island, where mercenary Colt Wang finds himself stuck in the time loop. To break it, he must eliminate eight targets in just one day. Deathloop game director Dinga Bakaba spoke to Game Informer about the project’s relying on replayability in an unusual way. Bakaba explained the team rejected this popular option to avoid repetition and routine for the players.

According to the game director, replayability is already built into the structure and the very core of Deathloop. To some extent, the players are going to replay the same areas a lot, and they can unlock every weapon and ability in Deathloop during the first playthrough. However, players can’t carry everything at the same time, forcing them to choose carefully. The team doesn’t want players to feel “that’s exactly what I was doing just before I finished the game.” For the developers, if Deathloop offers the same campaign with everything saved, players might think they never ended the game and are stuck in the time loop yet again.

Dinga Bakaba added the team may experiment with the idea of New Game Plus in further updates, yet it will not be the classic system, but rather something “a bit more wild and maybe even a bit less diegetic.” Maybe Deathloop can eventually build on some rogue-likeness, as Prey: Mooncrash did before?

The game director previously shared his thoughts about what it’s like to be part of the Xbox Game Pass ecosystem. Bakaba admitted this outcome makes things a bit different for the studio, but it allows the devs “to continue making the kind of games they make and make them well.” Players can already enjoy Prey, Dishonored, and Dishonored 2 via Game Pass subscription, and you should play them too.

Deathloop is coming on May 21 to PS5 and PC. The game will remain a PS5 exclusive despite Microsoft’s acquisition of Bethesda.