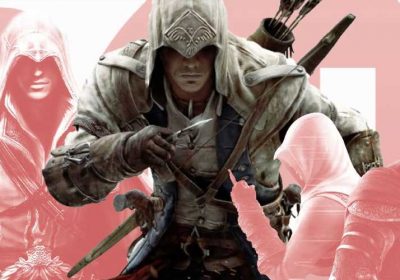 Ubisoft will be ending online support for 15 of its games later this year. Among those titles are three Assassin's Creed games which will see their multiplayer capabilities shut down for good. To give those games the send off they deserve, and enjoy one last hurrah with everyone who still plays them, players are organizing weekends over the summer in what will effectively be a farewell tour.

The effort to make this happen appears to have been started by FarlandsDesign over on the Assassin's Creed subreddit (via GamesRadar). “Assassin's Creed Multiplayer for Brotherhood, Revelations and 3 is getting shut down. Let's commemorate them with a well-deserved farewell,” FarlandsDesign writes. It started as a general idea, but due to the interest shown, it has become a fully fledged plan with times and dates now in place.

The farewell tour for Assassin's Creed 3, Brotherhood, and Revealtions will take place across six weekends starting this Saturday and ending on the final weekend before online support is shut down. Each of the three games will get two full weekends each, starting with Brotherhood on July 23 and 24. There will be six sessions each weekend to ensure players in as many timezones as possible are catered for.

If you want to experience the multiplayer modes of any of the three Assassin's Creed games included in the farewell tour, the dates and times far more people will be online than usual can be found above. Each session is slated to last an hour, but FarlandsDesign highlights the aim is for them to run as long as possible. Based on the response the idea has received, it seems likely there will be plenty of people online throughout each of the games' weekends regardless of the timeslots listed above. It's also worth noting the tour is specifically for PC players, but there may well be similar events on other platforms if there's enough interest.

To make matters worse for people who enjoy playing Assassin's Creed with others, multiplayer appears to have been left in the past. It isn't a part of Valhalla and has been absent from the series since Black Flag. Perhaps it will be introduced in the next game, rumored to be set in Baghdad and will likely be revealed at the next Ubisoft Forward in September.