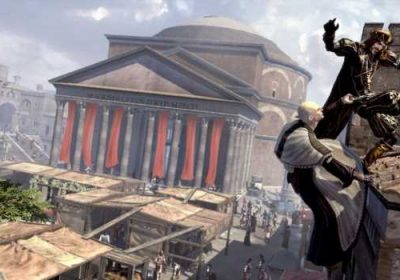 Ubisoft explained at the most recent Ubisoft Forward how a team of developers at the company have been “looking into” a way to bring back multiplayer to the Assassin’s Creed franchise. This will apparently be taking the form of a central hub for all things related to Assassin’s Creed. The program in question is currently being called Project Infinity.

"Infinity is not a game per se. It's going to be the single entry point for our fans into the Assassin's Creed franchise in the future," Executive Producer at Ubisoft Marc-Alexis Côté remarked. "Infinity is going to be a hub that will unite all our different experiences and our players together in meaningful ways."

Côté explained that Project Infinity will support all sorts of experiences including a few that have been left by the wayside over the years, multiplayer in particular. The team currently working on Project Infinity has apparently been trying to figure out a way to implement the sort of multiplayer that was last seen with Assassin’s Creed Black Flag, a game which Ubisoft released on October 29, 2013. While this type of experience could be available through the upcoming hub at some point in the future, Côté held back from giving a firm release date, saying only that fans of the franchise should stay tuned for more information.

Côté went into a little bit more detail about Project Infinity after Ubisoft Forward. “The version of Infinity that we launch will not be the final version of Infinity. It's something that will evolve through time as our experiences grow and we can connect them more together,” the developer explained during an interview with IGN. “So, I think it opens up a world of possibilities as to what we can do that go far beyond being just a launcher for our different games.”

The overall aim of Project Infinity seems to be something along the lines of an interactive launcher for the various entries in the Assassin’s Creed series. “It is still the same games that we’re building, but bridged together in the Infinity hub,” Côté pointed out.