Home » News » Assassin’s Creed Valhalla: How To Defeat All Of The Lost Drengrs (And Where They Are Located)

Assassin’s Creed Valhalla: How To Defeat All Of The Lost Drengrs (And Where They Are Located) 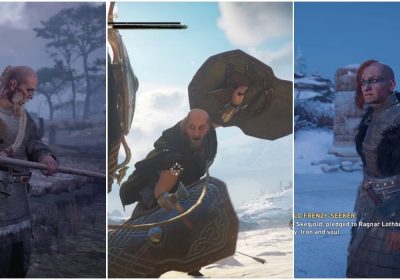 There are Vikings called Lost Drengrs that are scattered across the regions in Assassin’s Creed Valhalla. They employ Eivor to fight and give them the warrior’s death that they desire, but they are no easy foe. The power level of each of these Vikings ranges from one to 370, so it can take some time before you are able to defeat them all.

The Lost Drengrs also have their own fighting styles, so there are a few techniques you should use against each one to make the battle a little easier. There are six in all in Assassin’s Creed Valhalla and only the best of the best are able to send all of them to Odin’s hall! 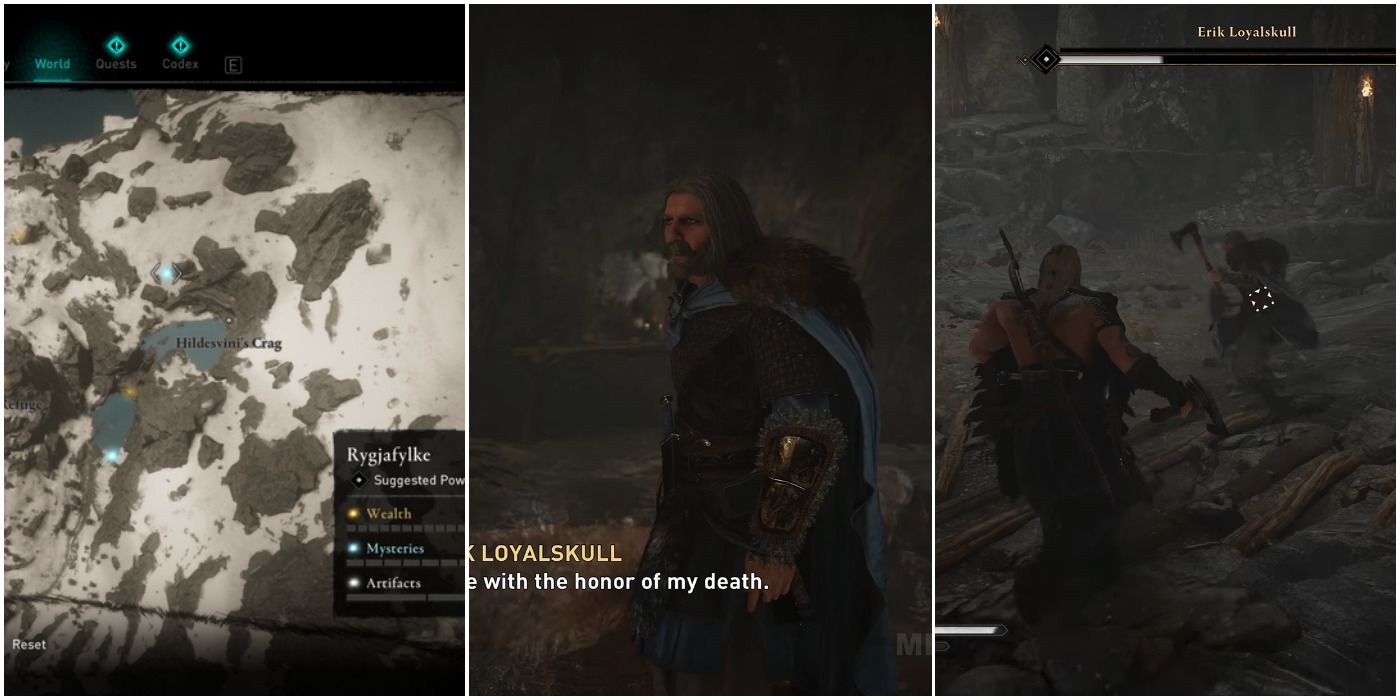 Erik Loyalskull is the first Lost Drengr you will come across and he resides inside of a cave. Some say he can be beaten at any level, while beginners might have to wait till they are a bit stronger to defeat him.

This man’s attacks include:

The best way to defeat him is by parrying his light attacks, as his heavy attacks cannot be parried. You should also try to hit his weak points with arrows, but this can be difficult if your aim isn’t great. It is best to keep a shield equipped as you can block the throwing axes with it while carrying a second weapon won’t allow you to do this.

You should continue to parry and dodge while landing counter attacks to slowly deplete his health. Once he is defeated you will be given Fafnir’s Fang, which is a spear that is much better than the axes you are carrying at this point in the game. You will be rewarded with two runes that are the luck of the draw. 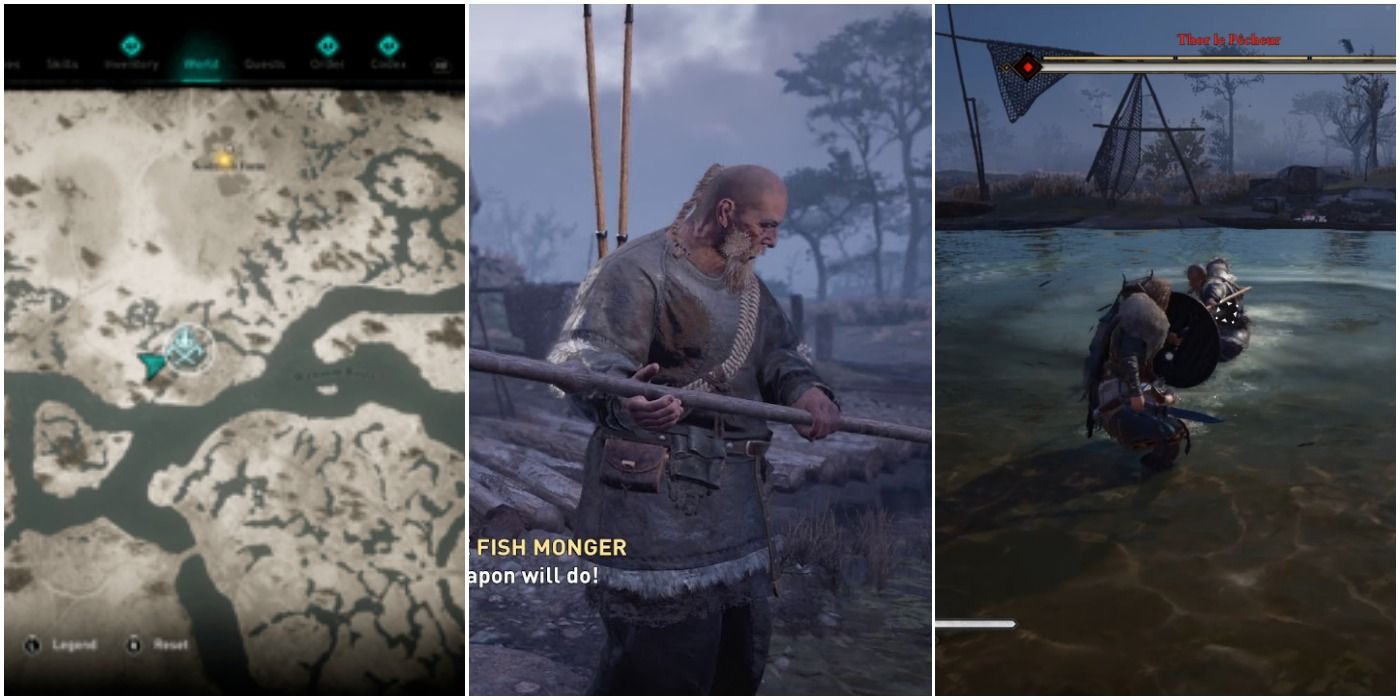 This Lost Drengr wants to meet an end fighting in front of his son, and he puts Eivor up to the challenge. He wields two long spears and is quite fast with them, so keep this in mind as his weapons have quite a far reach.

The attacks he uses are as follows:

The one thing that this opponent is great at is defending himself. He knows how to block and roll out of the way. If you want to land hits you will have to parry his light attacks and then land your attack.

The other method involves using your favorite type of bow to hit the weak points on his hands and shoulders, but beware of the spears he will hurl at you when you are far away from him. You will be rewarded with two runes that are the luck of the draw. 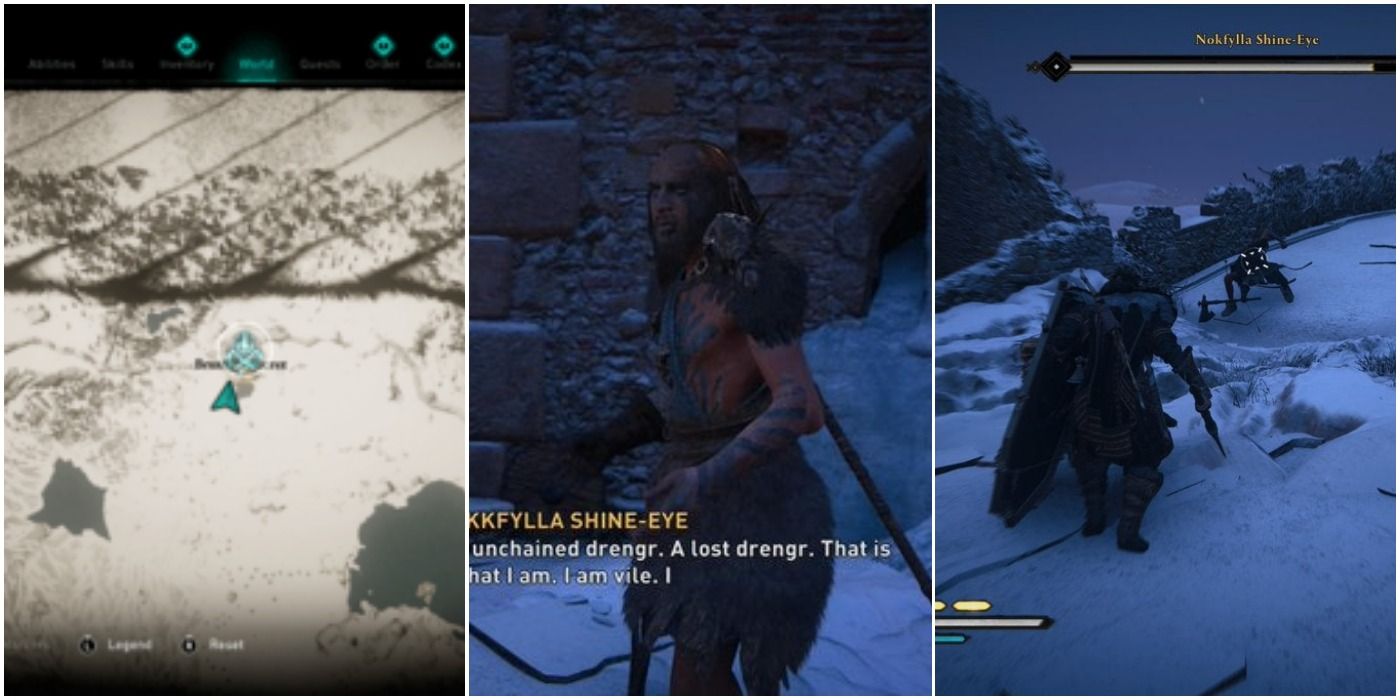 Nokkfylla Shine Eye fights dirty with his axe that seems to be a combination of a Dane axe and a bearded axe. The second you choose to fight him he will instantly take a swing at you, so be ready to dodge or he will take a large chunk of your health.

The attacks he uses are as follows:

Dodgin is your best weapon in this fight as he performs several overpowered attacks that will leave him open for counters. Do beware that he can heal himself, so don’t let him wander too far away or he will regenerate health.

You should aim to perform Perfect Dodges and parries, as well as use your bow to hit his weak points. Once he is defeated you will be rewarded with the Brigandine Rune which can go in your armor and increases your speed when more than two opponents are present. 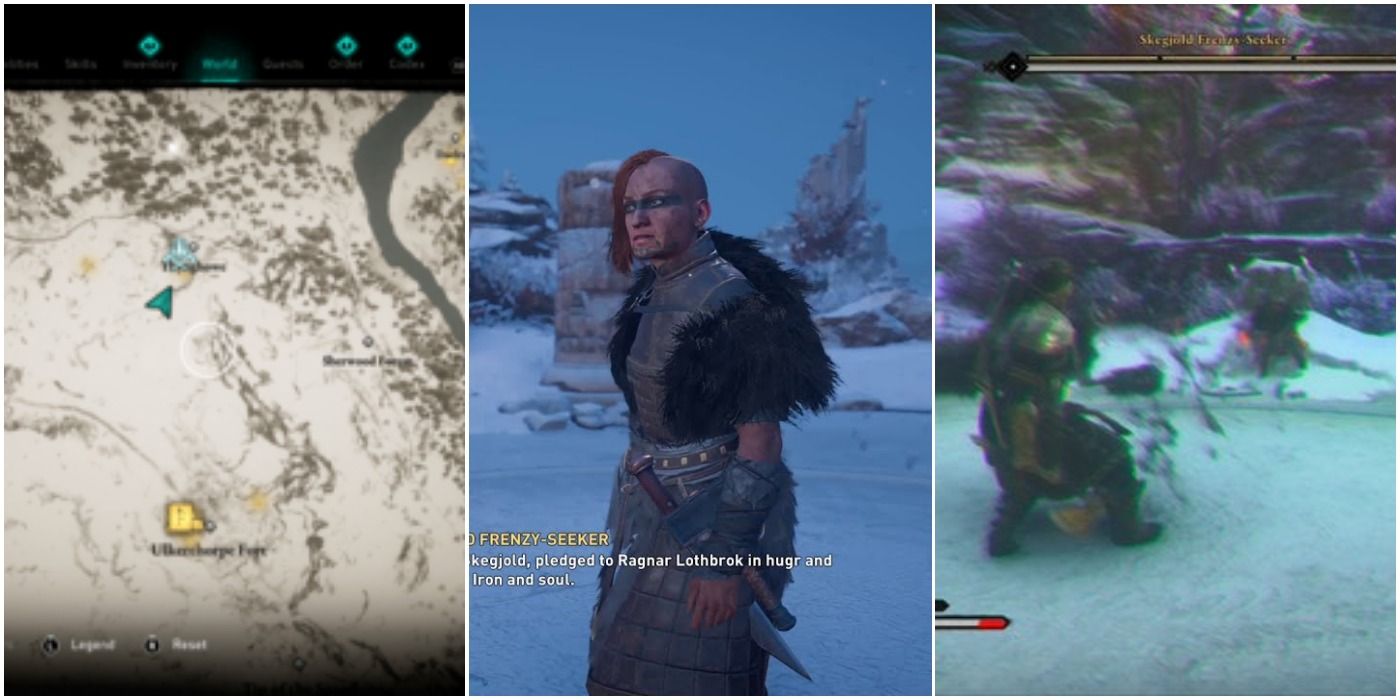 The fight against Skegjold Frenzy-Seeker begins when you drink her special mead mixture. It does make the batttle more difficult as your view is hued blue and the movement is a bit different.

The attacks she employs are as follows:

She will use an axe and then alternate between a hammer and dagger as her weapons, so make sure to have a shield or be proficient with your dodge. However, beware as her brew does allow her to regenerate a bit of health each second, but it also helps you as it regenerates your adrenaline.

You should consider unlocking the Missile Reversal Skill to throw her daggers back at her. Once you defeat her then you will be rewarded with two runes that can be great additions to your weapons or armor. 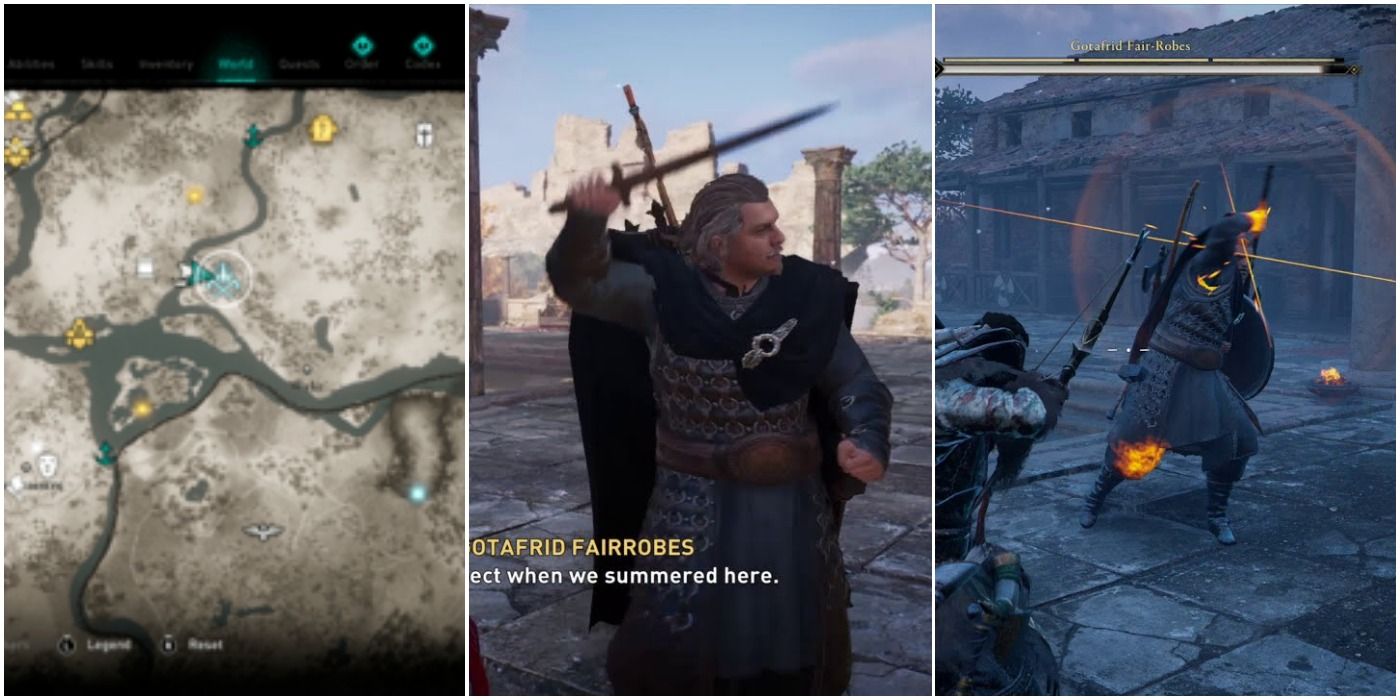 This Lost Drengr uses a shield and a long-reaching axe, but he will also throw spears at you if happen to travel too far away from him. The spears will drop Eivor, so relying on ranged attacks alone is not always the best plan as alternating will keep this weapon at bay.

The attacks he uses include:

You want to aim for his right wrist and knee with your bows as these are his weak points. He does start with a shield but will switch to two long axes as the fight goes on and you can work this to your advantage. This Lost Drengr is fast, so parrying and dodging is your best weapon so you can defeat him and be rewarded with a special rune. 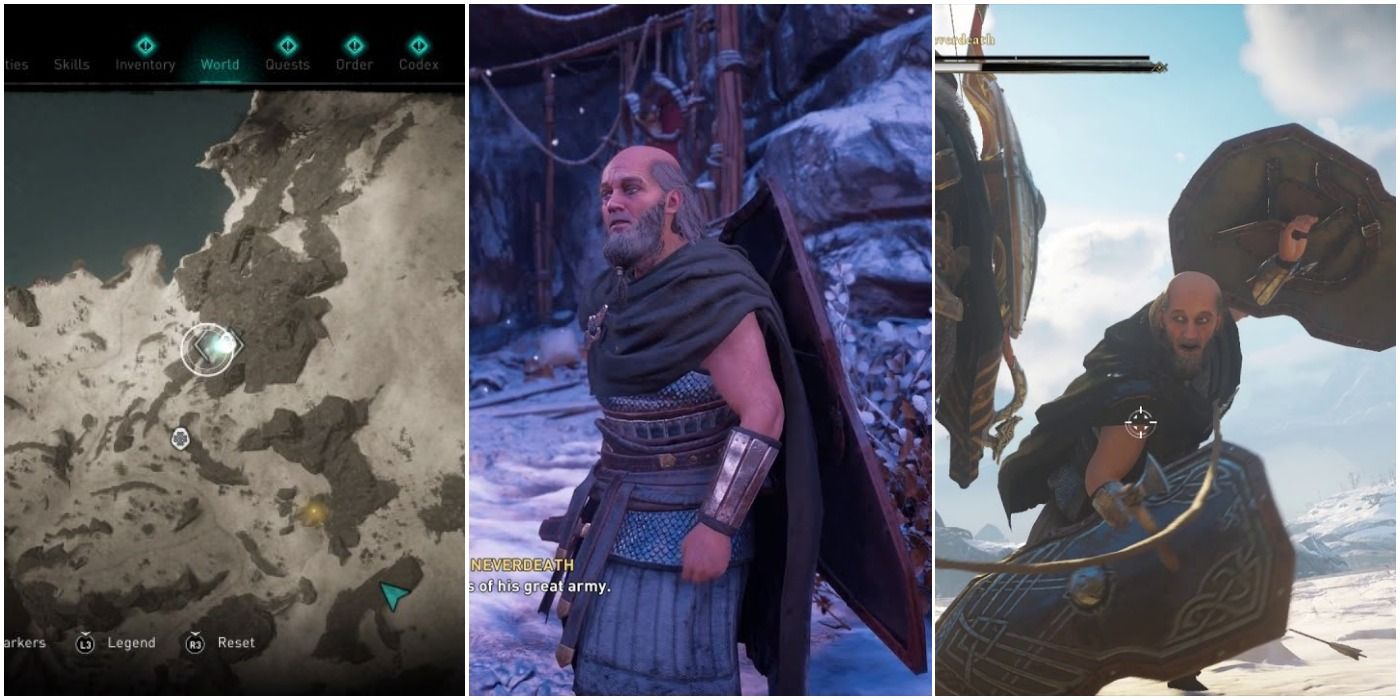 Orwig Neverdeath is the most difficult of all the Lost Drengrs and you should try to max out on your power level before facing off with him. The key reason why he is so difficult to defeat is that he carries two heavy shields.

The attacks he uses on you include:

He really only has two attacks, but his biggest defense is that it is nearly impossible to land a hit on him. Your best chance at success is either to hit him off the edge of the cliff, or to perform a series of Perfect Dodges. You will be rewarded with a rune as well for your efforts against this Lost Drengr.

Next: Assassin’s Creed Valhalla: 10 Areas You Should Visit Immediately 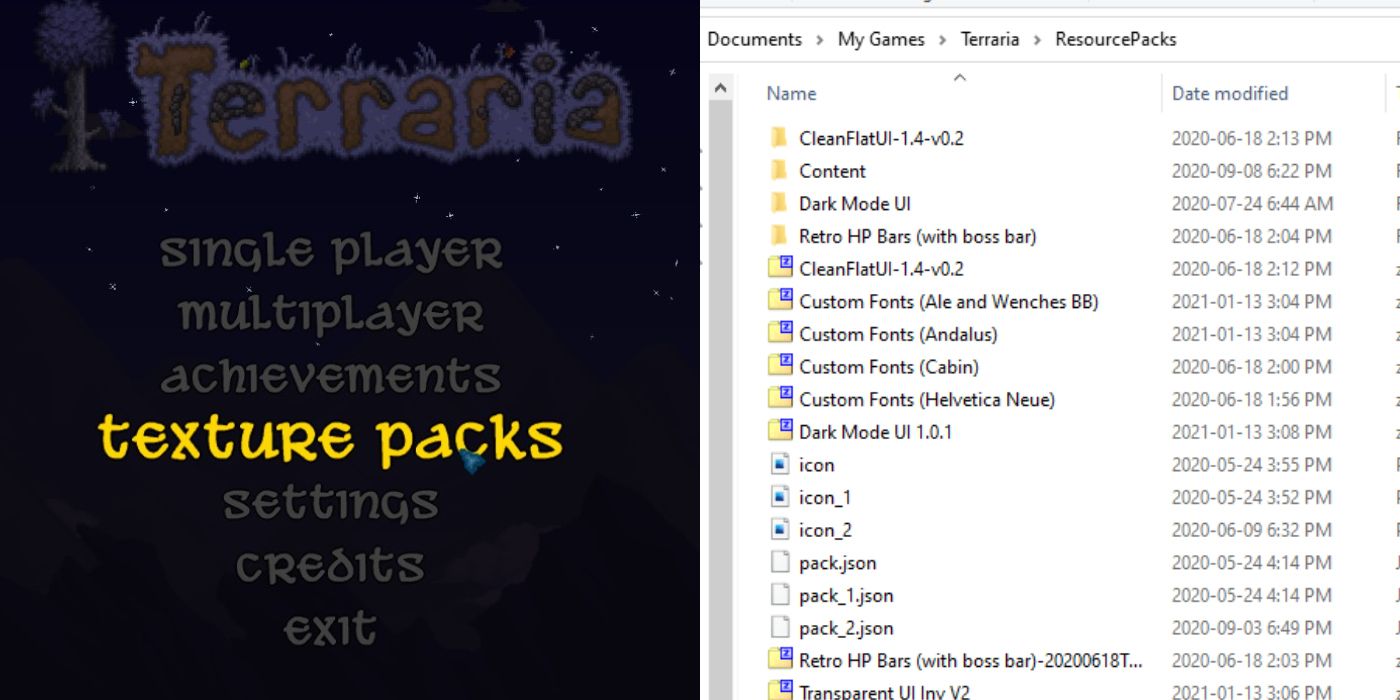 Rebecca O’Neill is a reader and writer based in Ohio, near the heart of the CLE. She enjoys starting fires in her kitchen and spending time with her husband and son when she’s not writing for Valnet, Inc, as an Organic List Writer. She writes for her blog, Creative Measures, and plays the newest video game titles whenever she has the chance.