Home » News » Assassin’s Creed Valhalla’s Settlement Will Include A Shop, Museum, And More

Assassin’s Creed Valhalla’s Settlement Will Include A Shop, Museum, And More

Ubisoft has invited gamers to live the life of a Viking come November 10, when Assassin’s Creed Valhalla storms onto our consoles. We know that the game’s base will be a cosy settlement acting as the main hub, but there are a few facilities within the base that make Valhalla feel like a Viking simulation game.

Gamespot’s Jordan Ramée had the exciting opportunity to explore Assassin’s Creed Valhalla’s settlement ahead of the game’s release, to get a sneak peek of how settlement building would work. Ramée was surprised that the Viking’s base was actually the game’s anchor; a place that held the narrative together by storing everything gained from missions and, in itself, contributing to its progression. Assassin’s Creed Valhalla level designer David Bolle had previously touched on how they wanted the Viking settlement to feel like you were “[coming] back home after a long journey away,” to be reunited with family and comrades.

The Viking base almost sounds like an Animal Crossing village on paper, when there’s whispers of shops and museums getting built. While returning to the settlement throughout the game will enhance Eivor’s loadout, it will also create opportunities to expand allies and learn more about the history of the Brotherhood. Ramée noted that there were a lot of structures that could be built within the settlement’s grounds, however he didn’t have time to experience them all. Most notably, there was a Seer’s House containing a woman who speaks in riddles about living the life of Odin, stables to customize your horse and raven, and a museum to display artifacts gathered from missions. 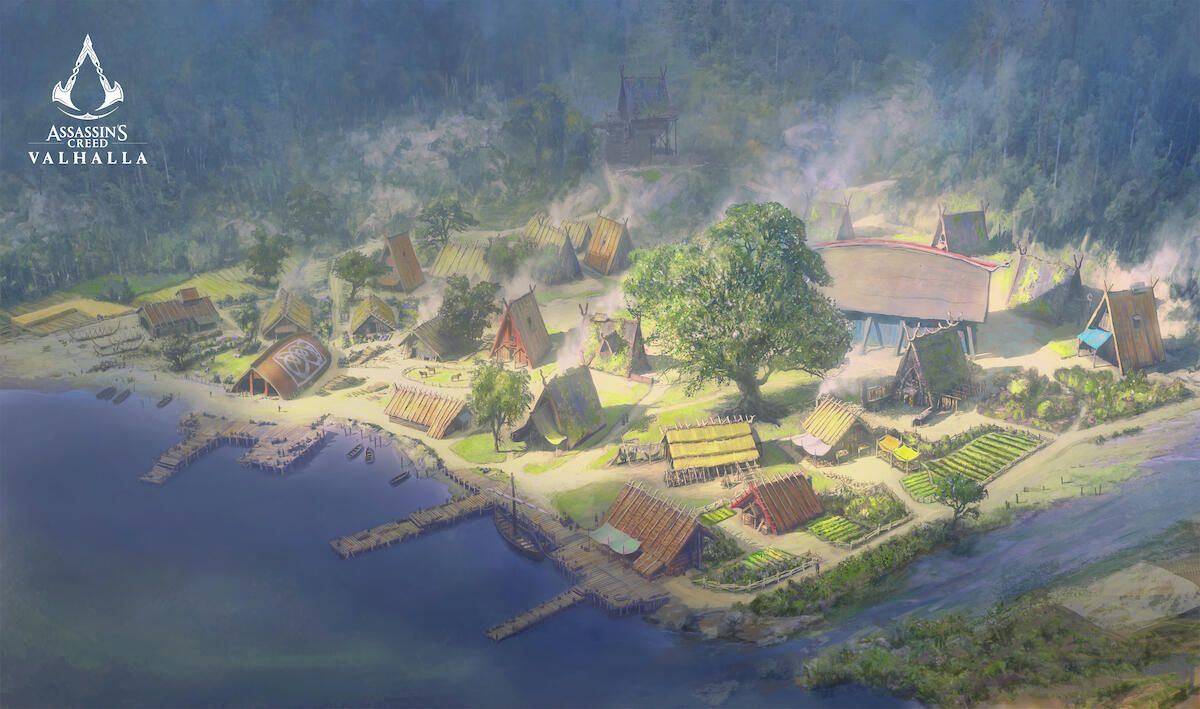 The more structures built – aided by completing side quests – the larger the settlement expanded, which then allowed other structures to be built with additional services to invest in. Its inhabitants – who each have their own unique name, house and job – added a sense of comfort and merriment to the settlement, who no doubt all have a story to tell. You can visit them at their homes but also encounter them at other corners of the camp where they may aid in the main quest.

Settlement romances and friendships will obviously be another feature on the cards within the busy settlement, and it looks like there’s even more to discover upon this giant’s release next month.