In case you forgot, Atari is working on a line of hotels. We probably won’t see the final result for some time due to everything being delayed, but progress is being made. GSD Group, the agency behind the initiative, recently announced that it hired architecture firm Gensler for the Atari Hotels. The pair also revealed the theming they’re working towards, and boy will it be amazing if they pull it off.

GSD has the rights to build Atari Hotels in Austin, Chicago, Denver, San Francisco, San Jose, Seattle, Phoenix, and Las Vegas. The last two will be the first to open, with the Las Vegas location primed to be “mothership.” This means it will be the first to pioneer a fusion between retro pop culture homage, futuristic entertainment experiences, and premium services.

The press release gives us some idea of what to expect – the listed features are an esports arena, retro arcade, AR/VR attractions, an adult nightclub, and plenty of themed restaurants and bars. The overall design of the buildings has undergone a transformation to go with this playful perspective. For a reminder, here’s the concept we saw back when Atari Hotels were first announced. 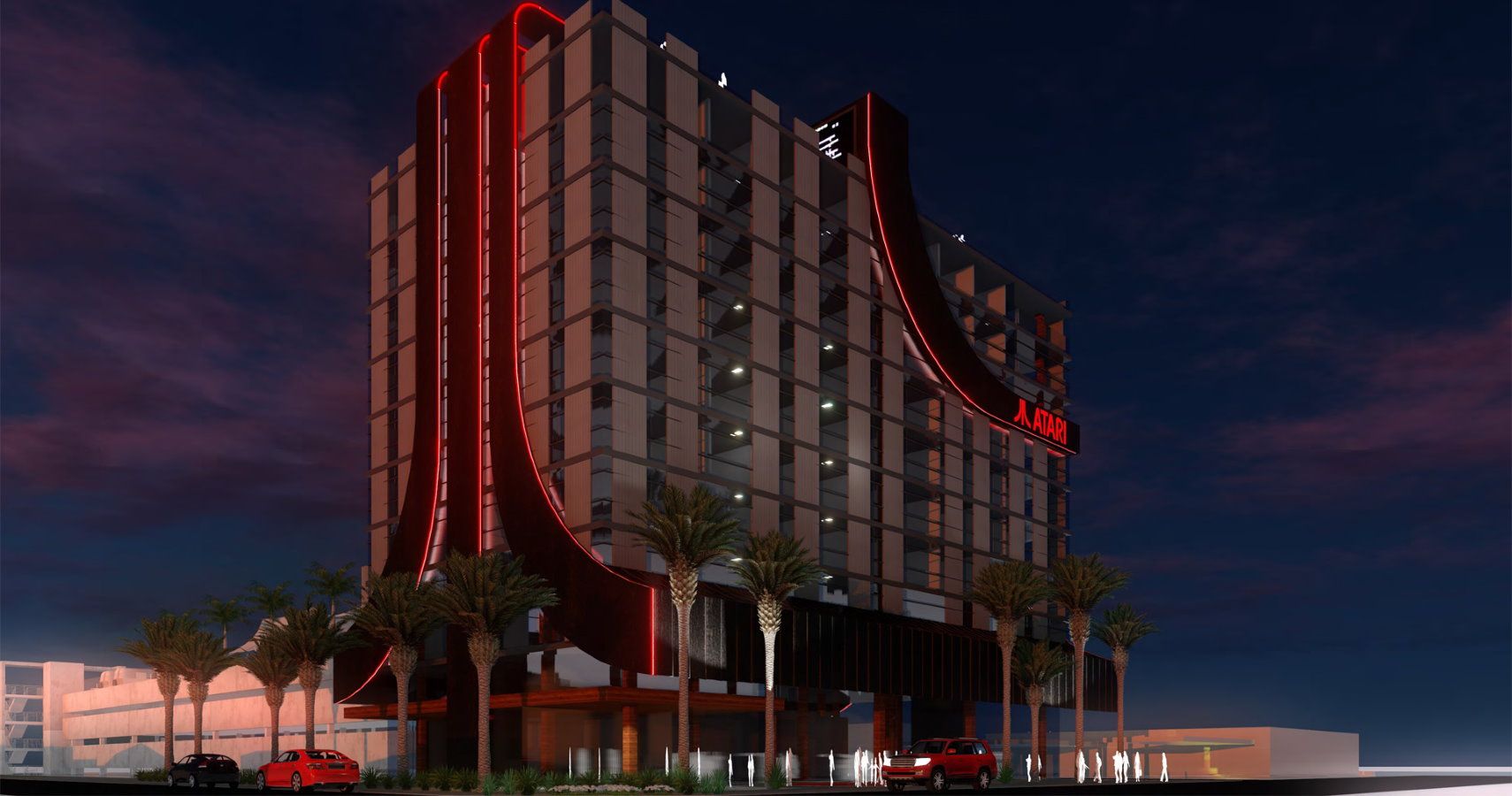 The new concept keeps the attempt to integrate the Atari logo, but adds a LOT more color. You could swear it was designed by a gaming keyboard company.

Another design shows the inside of the building, something that looks like a combination shopping mall/theme park.

Who knows how much of this will actually happen in the end. It’s very ambitious, and the money isn’t exactly flowing these days. Then again, such a colorful building packed with activities looks right at home in Las Vegas. There’s no opening date given, but if it really comes out the way Atari plans, we will be there.

Wonder what else is going on in the gaming world? One of the biggest stores of the day is that the Monster Hunter movie has a trailer. It’s… about what you’d expect. There’s also the news that RuneScape is now available on Steam. We’ve also been digging deep into a demo of Assassin’s Creed Valhalla and discovered just how bizarre this latest installment really is. Finally, be sure to keep an eye on Nintendo, who might be reducing the price of Joy-Cons.