Audio-Driven Adventure Game The Vale: Shadow of the Crown Launches In August 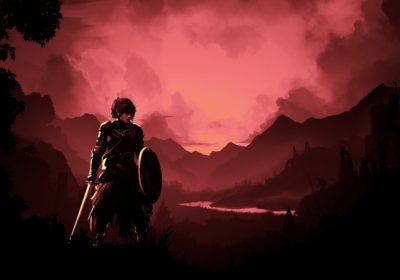 If you’re looking for an experience you don’t often see in games, how about an adventure you don’t “see” at all? The Vale: Shadow of the Crown is an audio-only action RPG arriving this August that we first laid ears on at PAX West 2019. By controlling a blind warrior, you’ll embark on a medieval quest guided only by sound for an adventure unlike any other.

You play as a royal noble, born blind, who is second-in-line to the crown. Unfortunately, your older brother just ascended to the throne and banished you from the kingdom because he’s kind of a jerk. You’re all alone in a world you can’t see so you must use your remaining senses to battle enemies and find resources to stay alive.

So how do you play something you can’t see? To the surprise of no one, headphones are a must. The Vale combines binural audio tech with diverse soundscapes to provide realistic, 3D surround sound to guide you through environments. The game also features full voice-acting to further assist players and keep them on track. Besides offering a unique form of exploration, The Vale offers a fantastic option for visually impaired players.

The game features a complete combat system as you’ll battle a variety of enemies and even bosses. Again, you’ll rely on sound to determine exactly when to attack or defend. The Vale is still an RPG, so you’ll improve your character by equipping sets of armor and learn upgradable magic spells. You’ll also purchase new items from vendors or gather ingredients by hunting animals.

The Vale packs in 20 locations, just as many side quests, and dozens of audio cutscenes into a 5+ hour adventure. If you’re down to try something totally different, it launches August 19 for Xbox One and PC via Steam and itch.io. There’s also a free Steam demo you can try to see if The Vale is for you. The game will launch on the Epic Games Store a short time later.

What do you think of The Vale: Shadow of the Crown? Are you willing to play an audio-only action RPG? Let us know in the comments!