Avengers: The Kang Dynasty Is Being Helmed By Shang-Chi Director Destin Daniel Cretton 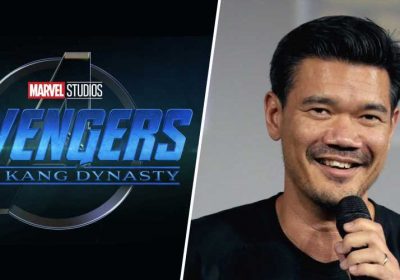 Phase 5 might be a few years away, but Marvel has wasted no time finding itself a director for the next Avengers title. Avengers: The Kang Dynasty will be helmed by Shang-Chi and the Legend of the Ten Rings director Destin Daniel Cretton.

This news was first revealed by The Hollywood Reporter, which explains that Cretton has agreed on a deal with Marvel for several projects following the success of Shang-Chi, including a sequel and a Wonder Man TV show that he will executive produce. It's currently unknown who is writing the film or if Cretton will also direct the already announced second part, Avengers: Secret Wars.

While the choice isn't the most obvious, it seems to have gone down well with fans. Many are praising Shang-Chi for having some of the best fight scenes in Phase 4 of the MCU and are understandably excited to see these translate to a full-blown Avengers title.

Unfortunately, that's all we really know about the movie other than the title reinforcing the idea that Kang the Conqueror will be the main antagonist of Phases 5 and 6. The Kang Dynasty is currently expected to release in theatres on May 2, 2025, and Secret Wars will release in the same year on November 7, 2025. However, with them being that far out they are subject to possible delays. We also know that Avengers: Secret Wars and a Fantastic 4 movie will close out Phase 6 of the MCU, but we don't know anything about phases after that.

We also got a very brief look at what else Marvel has cooking for Phase 5 and 6, as it revealed a handy timeline of upcoming projects. Phase 5 will begin with Ant-Man & The Wasp: Quantumania – which will introduce Kang the Conqueror and a currently unknown character played by Bill Murray – and will also include Daredevil: Born Again, an 18-episode TV show starring Charlie Cox and Vincent D'Onofrio.