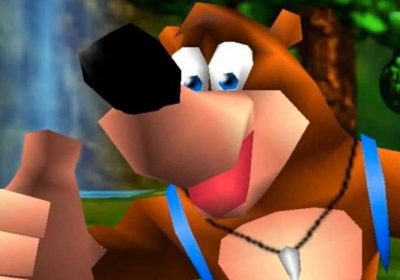 Earlier this year Nintendo put everyone out of their misery by confirming the rumors really were true. That NSO's library would be getting titles from other consoles outside of the NES and the SNES. While the Game Boy was not added, as many believed it would be, games from the Nintendo 64 have been. The NSO's Expansion Pack also includes a litany of games from the Sega Genesis, and as has been the case for the NES and the SNES, both consoles will get more games over time.

Nintendo actually revealed some of the games that would be coming to N64 on NSO in the future, and now those additional games are gradually starting to arrive. Paper Mario joins the Expansion Pack today alongside some of the games the N64 arm of the subscription service had at launch, including Mario Kart 64 and Yoshi's Story.

As people fire up Paper Mario on their Switch for the first time today, Nintendo has revealed what N64 game Expansion Pack subscribers can look forward to next. In January 2022, Banjo-Kazooie will be added to the N64 library. The iconic pair joined the Smash Bros. roster for the first time in Ultimate and starting next month their very first outing can be relived on Nintendo Switch.

“Banjo-Kazooie arrives on Nintendo Switch on one of January's 31 days, offering another modern way (alongside @XboxGamePass and Rare Replay) to enjoy our '90s classic,” Banjo-Kazooie's devs Rare tweeted after Nintendo broke the news on Friday morning. The games will gradually keep on coming from now on as Nintendo has already revealed some of the other N64 titles coming to NSO in the future. Pokemon Snap and Kirby 64 are just two of the titles already announced for the Expansion Pack.

There's no telling how many games will be added to the N64 and Genesis libraries by the time Nintendo is done. According to a datamine shortly after the Expansion Pack launched, there will be at least 38 N64 and 52 Genesis games added by the time it's all said and done. Responses to NSO's new tier have been mixed so far. While the ability to play old games for a small additional fee is great, some of the titles added at launch weren't in very good shape.