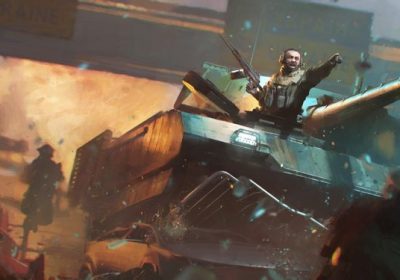 Battlefield 2042 wasn't quite the hurricane its promotional material led us to believe. The game is rife with bugs and players have been complaining about a dire lack of features like voice chat and a scoreboard. All of that is compounded by the fact that specialists feel like they are geared towards selling more cosmetics.

Considering these factors, the player base is less than happy with the current state of the game, and they're letting the devs know. Unfortunately, some of this criticism has gotten out of hand, leading to the moderators of the Battlefield 2042 subreddit to put forth an ultimatum.

"Over the past few days we have seen insults, harassment and vile comments directed towards members of our community and DICE employees," said a post by one of the mods. "We are making this statement to give you fair warning that we will not tolerate this anymore. We are letting you know what your options are in regards to how this subreddit functions in coming days."

The post goes on to illustrate how the subreddit has devolved into a place where any form of discussion is met with personal attacks and insults towards the dev team. This has not only made the subreddit a highly toxic place, but also goes against Reddit's policies, putting the subreddit at risk of being banned entirely. Members were then given three options by the mods:

Option 1) If toxicity goes down, we will leave the subreddit open without further restrictions.

Option 2) If toxicity stays at current levels, we will begin locking threads early, on a majority of posts.

Option 3) If toxicity increases, we will lockdown the subreddit for a period of time.

While the mods have admitted that the latter two options do seem "nuclear", a major part of the community isn't having any of it. A number of comments on the thread have snapped back, implying that this is what Dice deserves for putting out the game in its current condition.

"Shut it down," said one comment. "Maybe that will get a message through to Dice about how the Battlefield community feels about their games." It's clear that the community isn't backing down, going as far as saying that the developer has resorted to "deceptive snake oil marketing false advertising".