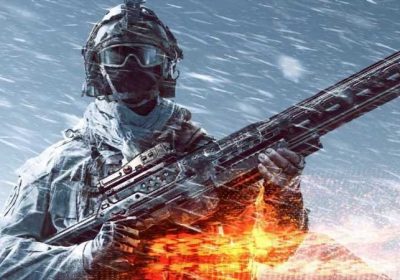 A brand new Battlefield game is due to be announced very soon indeed, and if you’re not prepared for it, you’re going to find all of your friends on Facebook and Twitter chatting about the biggest new shooter while you’re still trying to figure out which YouTube stream is best to watch.

Today EA and Dice are finally unveiling their big new shooter, including its brand new setting, what you can expect from the multiplayer modes, and much more. We’ve heard a fair few rumours about a near-future setting and large-scale multiplayer battles, but that all sounds like a fairly safe bet for any new Battlefield game. To have our questions truly answered, we’re going to need to tune into the stream today.

The Battlefield 6 reveal should be going live today, June 9, and these are the times you can expect to see it in your area.

The stream page for the reveal is already live on YouTube, with a countdown for five hours – at the time of writing. The chat is already filled with more than 5,000 hungry Battlefield fans, already set to shitpost and screech in a chat window as the stream happens.

Make sure to check TheGamer after the event for a summary and breakdown of everything announced during the stream – just in case you miss any important details.