GoodbyeWorld Games, the devs behind Before Your Eyes, spoke to TheGamer and gathered press after winning the BAFTA for Game Beyond Entertainment, a category aimed at highlighting games which extend beyond simply being fun to play and instead offer new creative development. The game is played not with a controller, but with your eyes and a webcam. Looking away from the screen, glancing in a certain direction, and most importantly, blinking, all play a part in how you experience Before Your Eyes. This innovative technology began as a student project for some of the team, and they confirmed it will be a major part of their next title.

"We're hard at work on the next title," writer and creative director Graham Parkes tells press. "We haven't announced it yet, but it's something that continues to explore eye tracking in different ways." While the team remains tight-lipped on exactly what the project holds, Before Your Eyes received huge praise for the innovation it offered with some minor critique on how the eye tracking was applied and was experienced by players. With that in mind, it makes sense that the devs will continue to refine their use of the tech in whatever follows Before Your Eyes.

"You know, with how much excitement there is around innovation, there's a lot of fear about it still," Oliver Lewin, the games director told me after the win. "I think this is a good thing for people to recognise that." 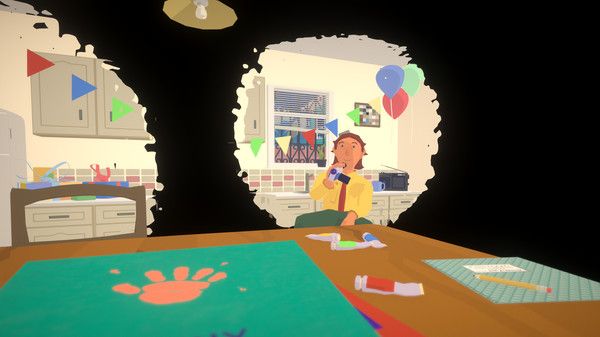 "There's a lot of different ways to interact with games that [the industry] doesn't experiment with" Parkes says. "I think experimenting with different ways of control can lead to more in a more inclusive space because you don't need controller literacy to play our game. All different types of people, and differently abled people, can play this game with their eyes. So we do hope to see more of that kind of experimentation in the space." He also adds that his favourite thing about the game is that it passes The Mom Test. Namely, his mom can play it. Good for her.

Last year, we called the game one of the most original and inspiring games in years, and expected it to be one of 2021's best sleeper hits. Hopefully the follow up, whatever it is, gets more recognition.