Home » News » Best Characters In WarioWare: Get It Together!

Best Characters In WarioWare: Get It Together! 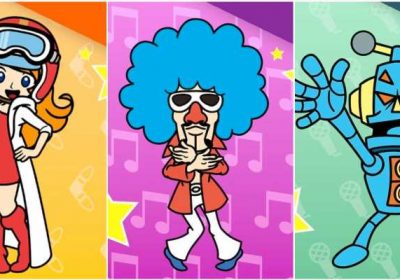 Throughout its existence, WarioWare has had a way of adding new and interesting characters to the series. We get to see these characters deal with specific situations that eventually lead to the player helping them through a series of microgames. Unfortunately, we never got to play as them. Until now.

In WarioWare: Get It Together!, a new mechanic is introduced that has players choosing a team of characters and jumping into a series of microgames. Using each character's skill set, it is up to you to figure out how to use an individual for a specific game. There are a good handful of potential team members that players should take a look at. 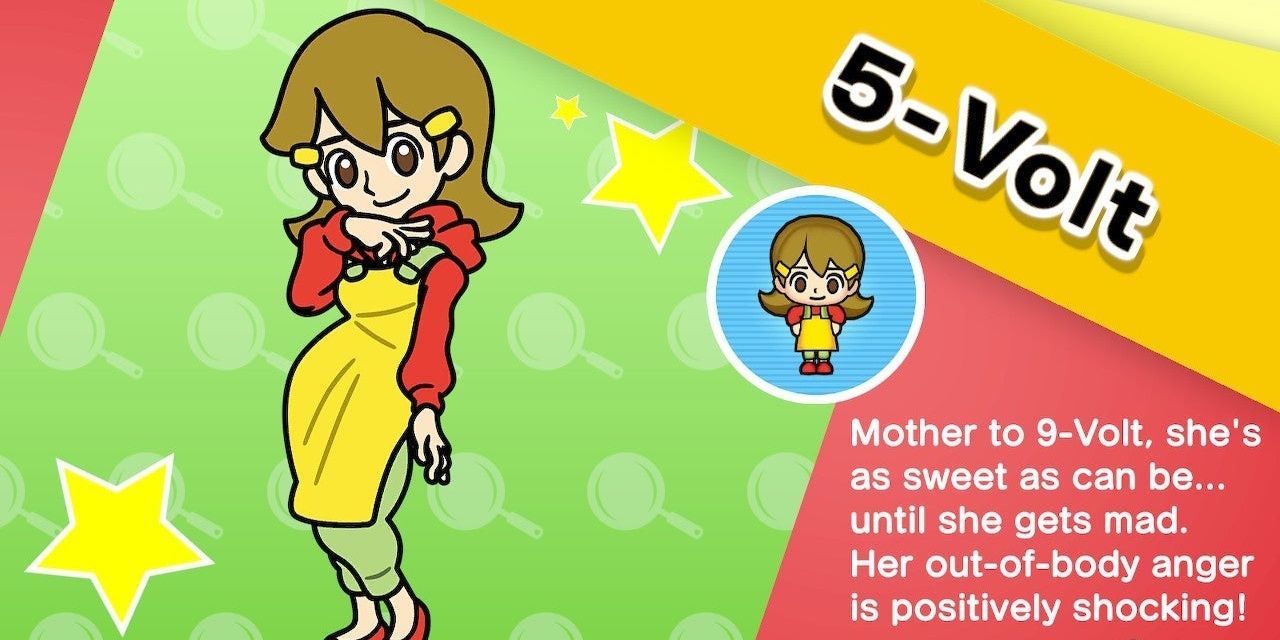 The mother of classic WarioWare character 9-Volt, 5-Volt's movement harkens back to the minigames of old when she would haunt over 9-Volt's room to make sure he remains asleep. Having fallen asleep herself, you will need to use her floating dream bubble to teleport her to different points on the screen.

She is very similar to 18-Volt in that she can't move normally, but her moves are somewhat improved in that you don't need to get her on a hook in order to properly place her somewhere different. 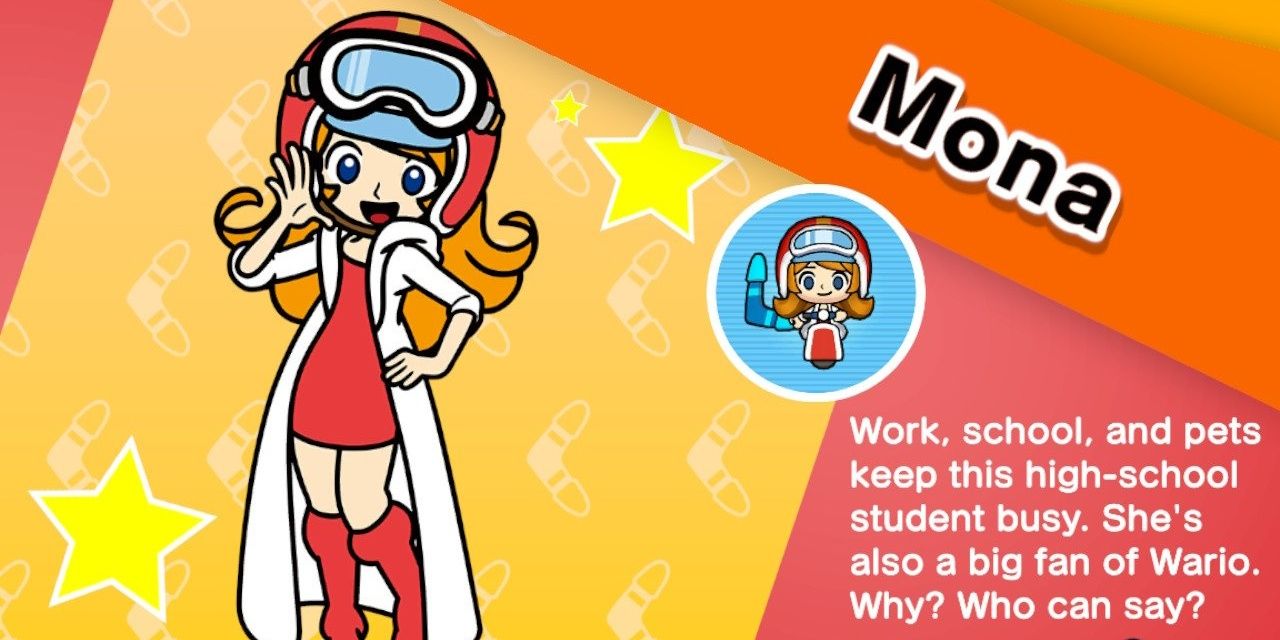 While she does change a bit between WarioWare entries, Mona does have one consistent mode of transportation: her bike. So it makes sense that in her playable form, you can float around the screen with her riding the bike.

The key to Mona's usage is her boomerang and you can press A to send it out. The good thing is that you will have full control of the boomerang as it moves around, meaning Mona stays put. Returning the boomerang to Mona gives her mobility again. 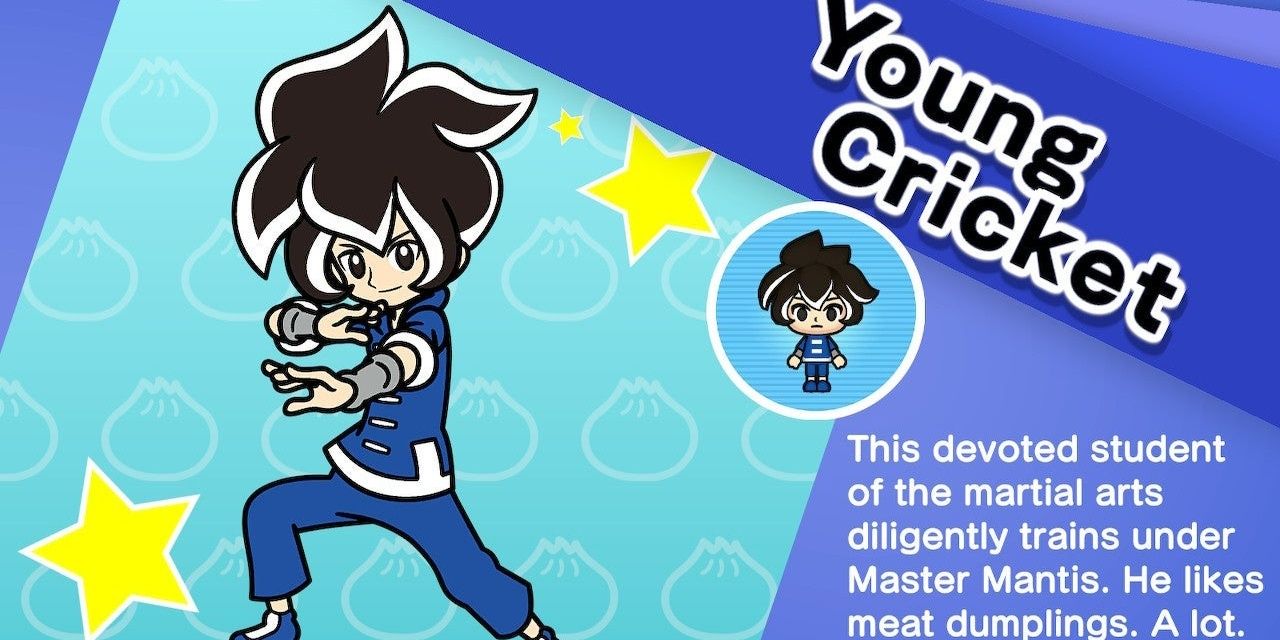 The only starting character on this list, Young Cricket makes the cut because of the simplicity of his design. Out of all the characters in WarioWare: Get It Together!, Cricket is the closest character to be part of a normal platformer as his signature ability is to just walk and jump.

This could be a bad thing, especially if you are attempting to reach a high place in a specific amount of time. However, the straightforward nature of Cricket makes using him perfect for beginners to the game before diving into the more complicated characters. 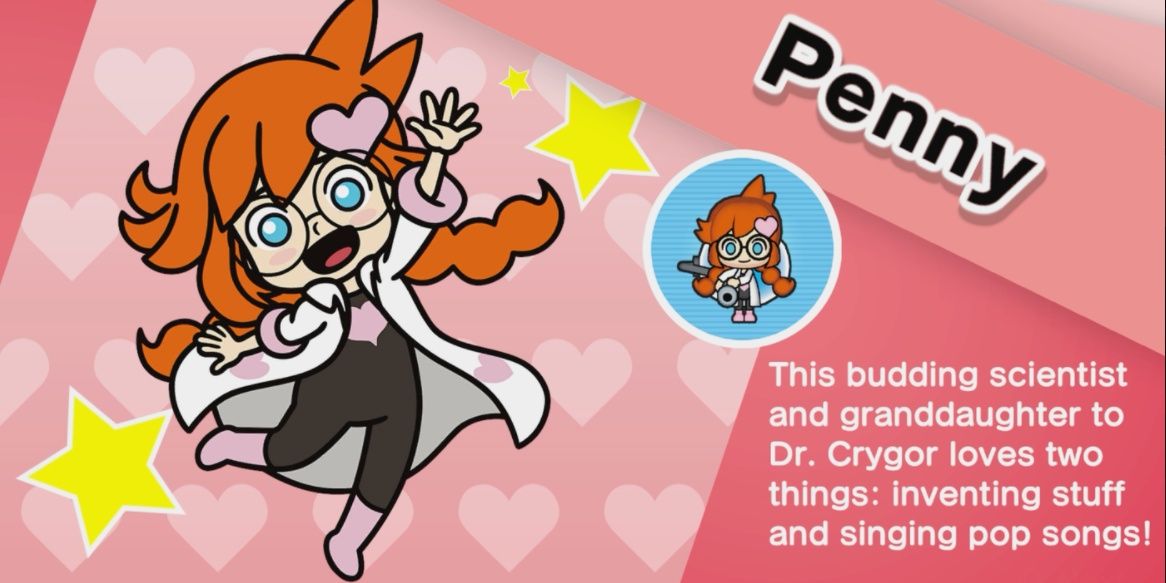 Someone that isn't introduced until much later in the story mode, Penny may have one of the more complicated move sets of all of the WarioWare: Get It Together! cast. Penny moves around using a tank on her back that is filled with water.

You will need to learn how to get used to putting the analog stick in the opposite direction of where you want to move. Penny can also be frozen in place so that way the focus is just on spraying different things if need be. If you can nail everything that is happening with Penny, she can be quite useful. 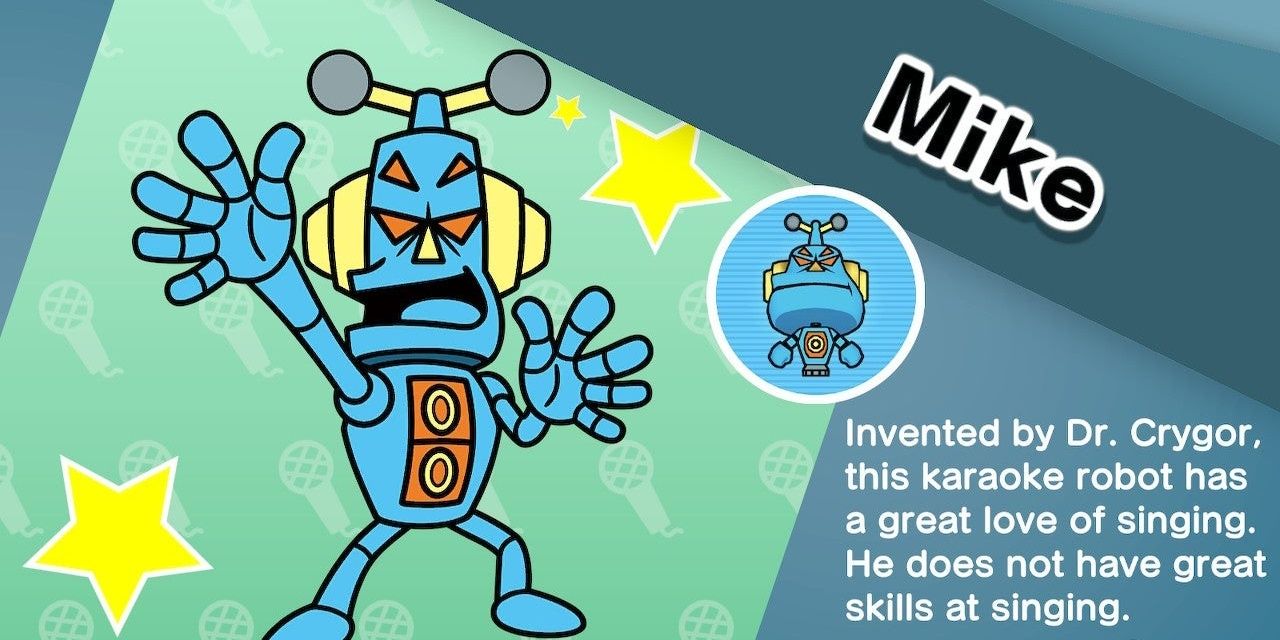 If there is one thing that Mike the Robot loves more than anything, it's singing karaoke. Unsurprisingly, this is the main element that makes him stick out from others. One could compare Mike to the spaceship from Space Invaders as Mike shoots his singing voice up at things to interact with them.

Unlike the ship, however, Mike can freely float around the screen with no problem. Sure, shooting in one direction may not be ideal and is the unappealing element of a few WarioWare characters that require multiple players, but it works for Mike as shooting up works with more microgames. 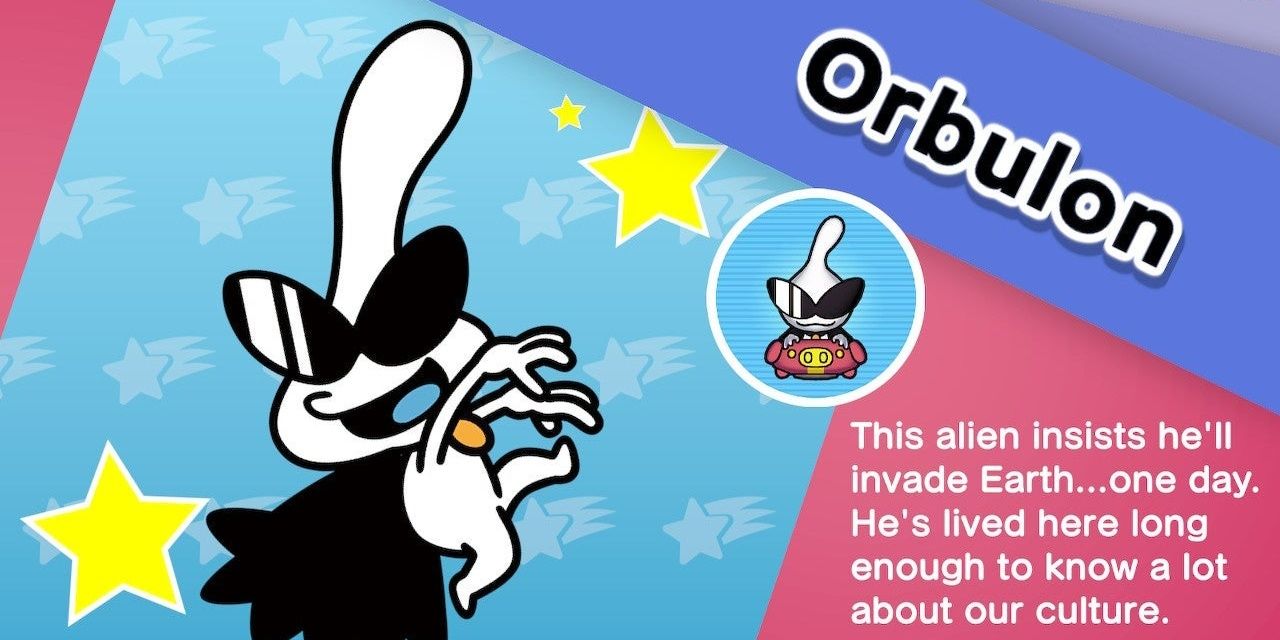 While Mike is used for shooting at things from underneath, Orbulon is known for abducting things from above. The alien obsessed with Earth's culture has quite a strong move where he can float above something and simply holding down the A button can apply rapid hits to something, such as the guitar-strumming microgame.

This makes Orbulon a really powerful character in the game, with the only shortcoming being that you will need to position Orbulon perfectly above the thing you want to interact with. 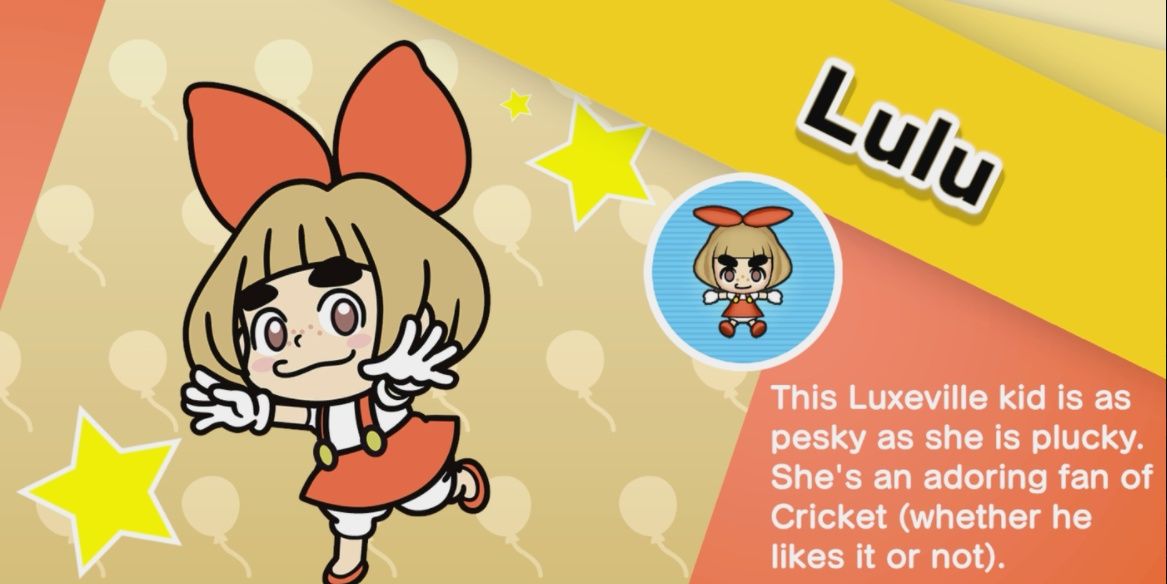 Lulu is a big fan of Cricket, so it makes sense that her moves are very similar to his. The big difference between Lulu and Cricket, however, is that Lulu has the ability to float very high while Cricket can only jump a certain height.

Another notable thing the player can do with Lulu is that if she is up in the air, she could ground pound by flicking the analog stick down. This means that players can both interact with things by floating up or by crashing down. Lulu is one of the very last characters obtained, but she can be useful when attempting to get high scores. 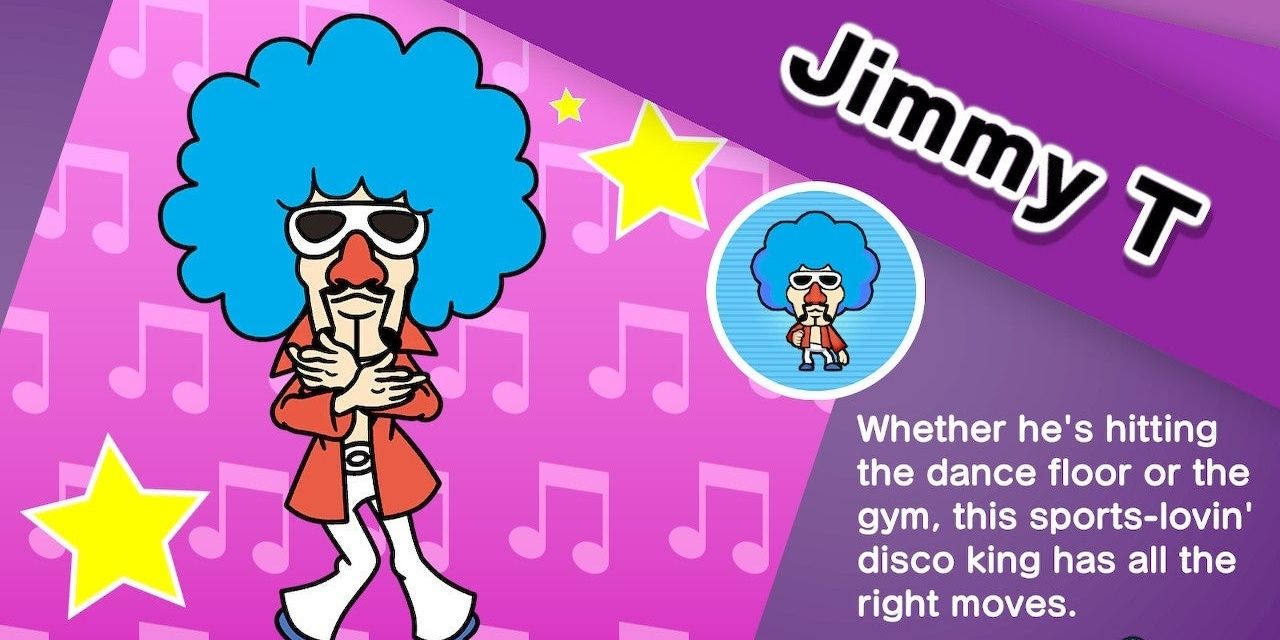 It is no surprise that Jimmy T. has made yet another appearance in WarioWare and it isn't surprising that he gets one of the coolest moves either. If you choose to play as this groovy fellow, you can basically point him in any direction, including upwards, and have him dash that way.

Each time he does his dash, he looks wonderful doing it with lots of stars surrounding him. The downside to his character may be that precision may be difficult, but it's hard not to have fun with Jimmy T bouncing off the walls. 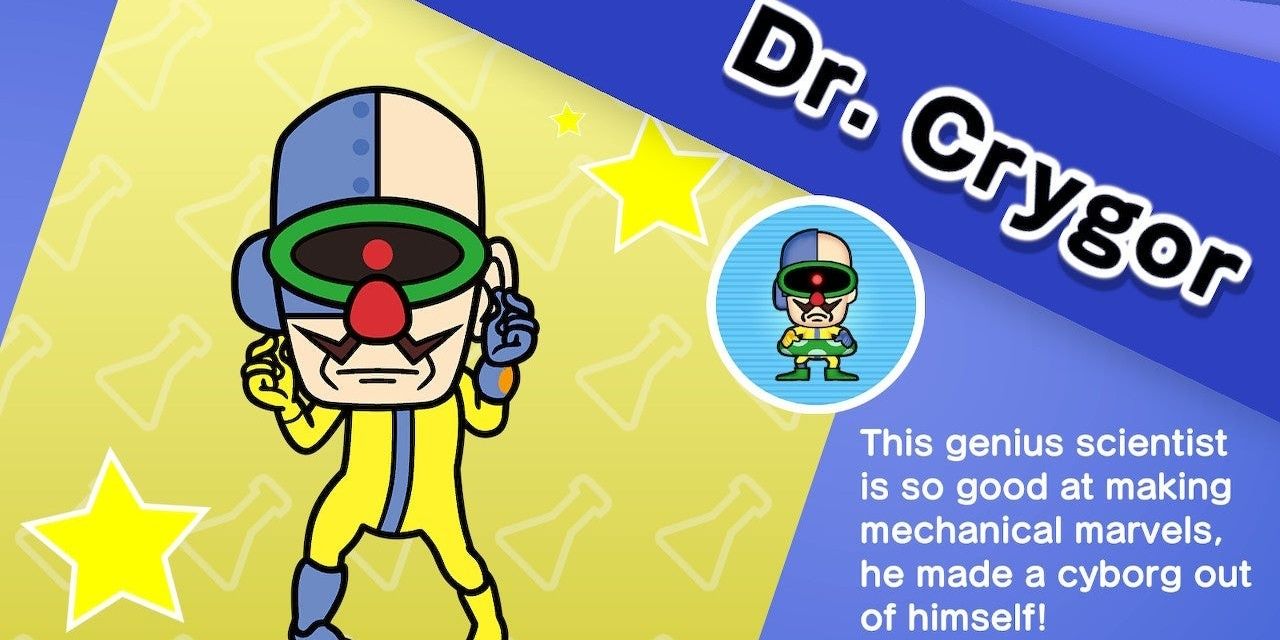 In a similar vein to Jimmy T, Dr. Crygor can be moved around the screen in any direction you choose. He specifically specializes in swimming through the air. While holding the A button, players have almost complete control of Dr. Crygor as he moves throughout the screen.

If players need him to stop, they can simply let go of the A button. This makes him a lot easier to handle than a Jimmy T. as moving Dr. Crygor too much doesn't happen as often. The goofy scientist may look bizarre meandering around the screen, but he is among the best in the game. 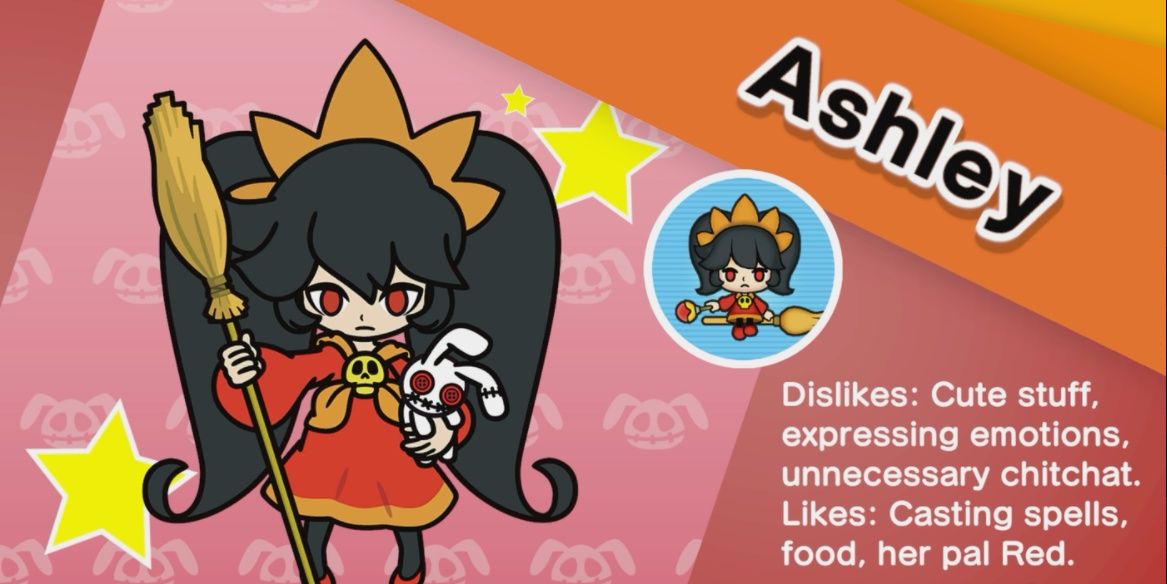 Everyone's favorite witch, Ashley is one of the best characters in WarioWare: Get It Together! because of her excellent mobility and straightforward controls. Obtained mid-campaign, Ashley has the ability to fly around freely in any direction and is not in motion unless you move her.

She also has her wand that she can use to shoot in any direction she is facing. This can be good for both destroying objects and also collecting things as well. She is very easy to use and has very few limitations, making her the ideal candidate to be on your team.