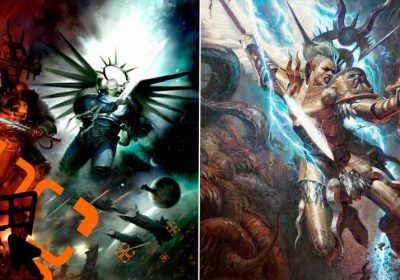 Warhammer is the world's most famous tabletop miniatures game, and its popularity is only growing. Fans of the franchise's video games, novels, and comics can experience Games Workshop's dark fantasy and sci-fi settings in a whole new way by collecting, building, painting, and customizing their armies of miniature figures, then battling it out against friends on the tabletop!

Both Warhammer 40,000 and Warhammer: Age Of Sigmar have excellent options for starting players. Each of these two-player starter sets has everything you need to get started building the games' most popular armies. They also make great gifts!

All Warhammer model kits are unpainted and require assembly. 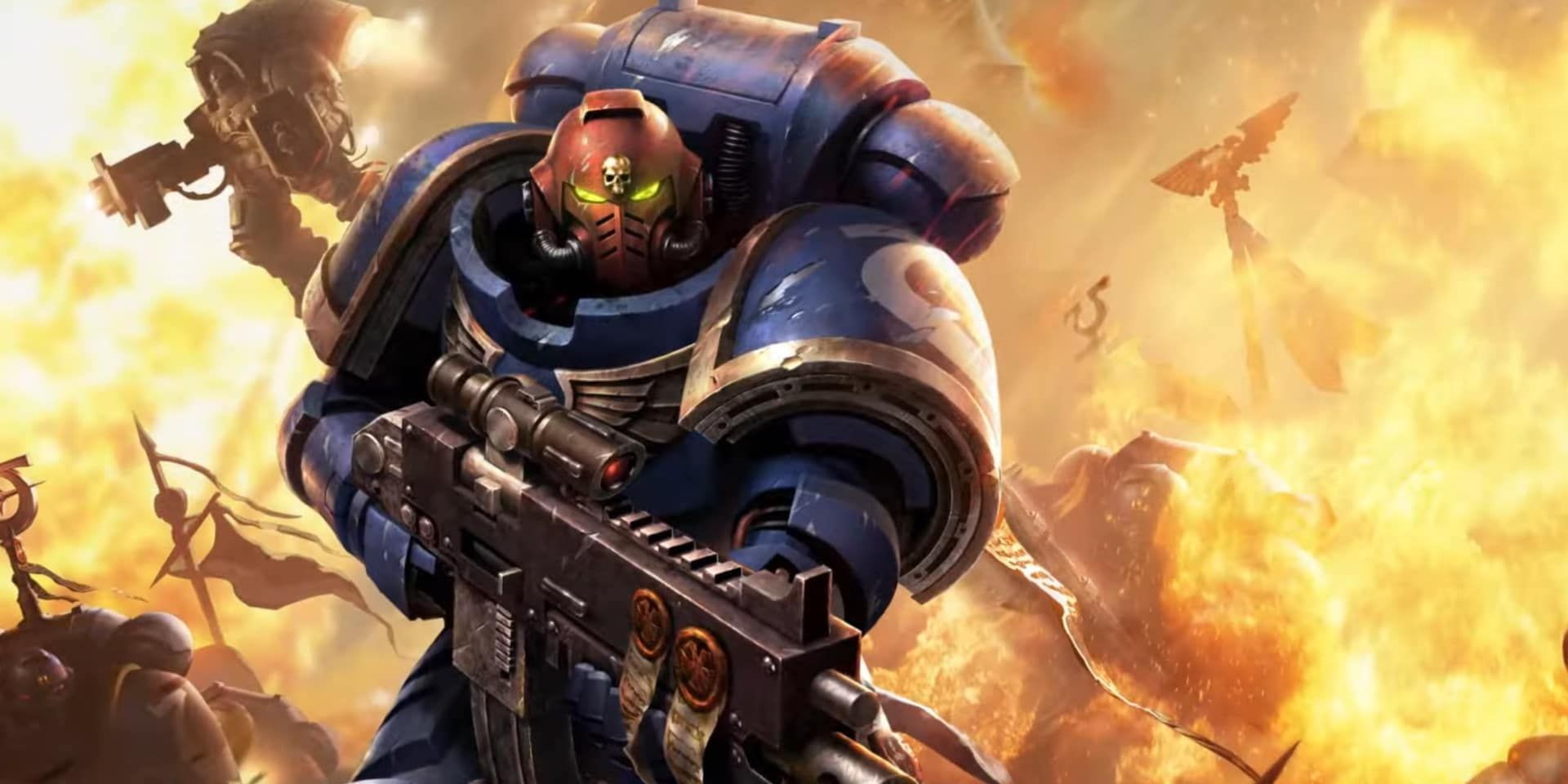 Warhammer 40,000 is the franchise's flagship setting, where ten thousand years of war have ravaged the galaxy with no sign of ever stopping. Command your armies of humans, aliens, mutants, daemons, and more as you vie for dominance with futuristic technology and frightening psychic powers! 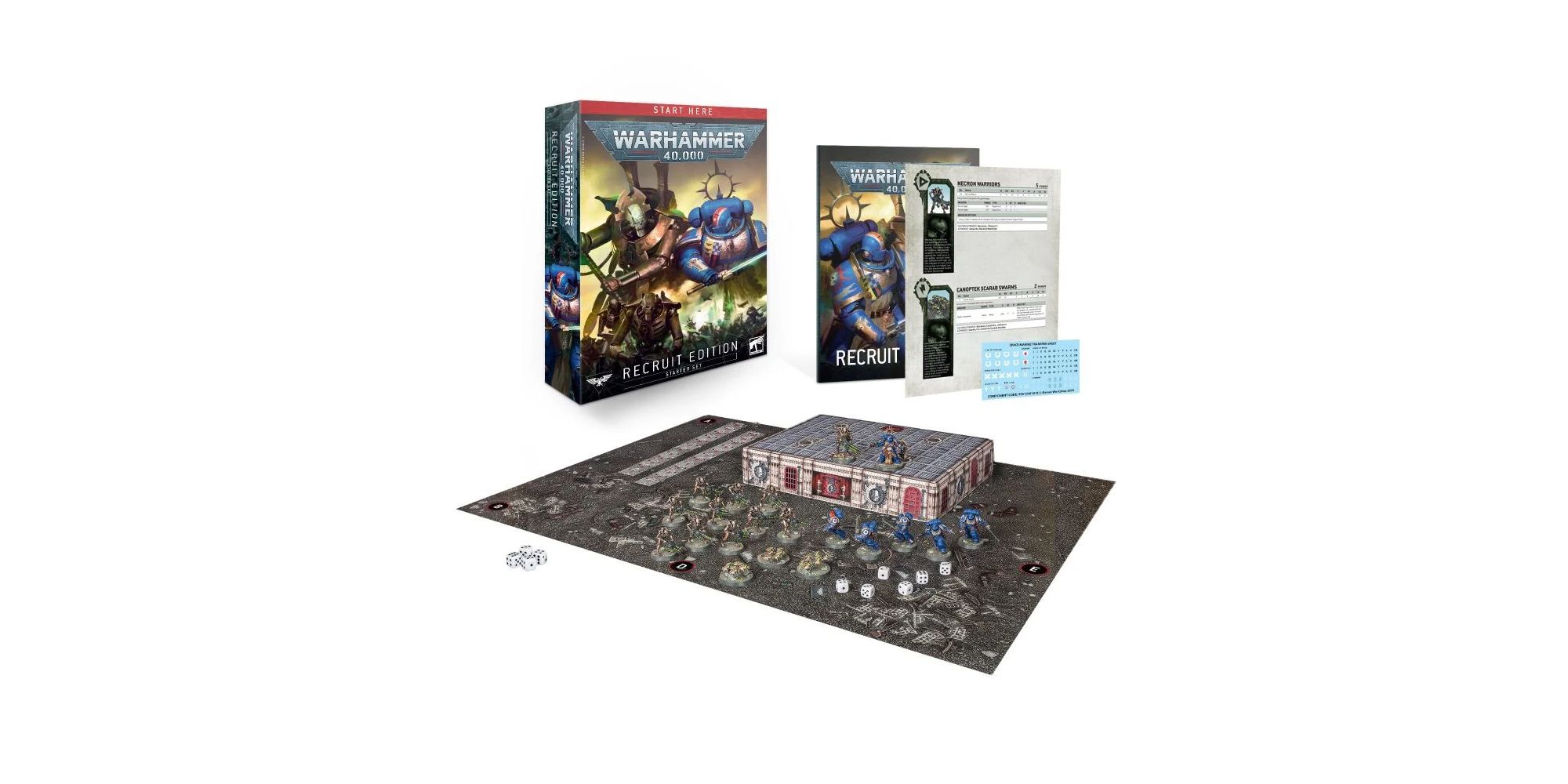 A perfect entry point for players on a budget or for those who aren't sure if they want to invest in a large collection, the Recruit Edition of Warhammer 40,000 pits a squad of Space Marines against the robotic Necrons! Complete with quick-start rules and a rundown on the strengths of both armies, this set lets you and a friend try the game for comparatively little investment.

The Recruit Edition contains dice, range rulers, and a paper table mat to transform any surface into a battlefield, as well as a 64-page rulebook. It also includes the following models: 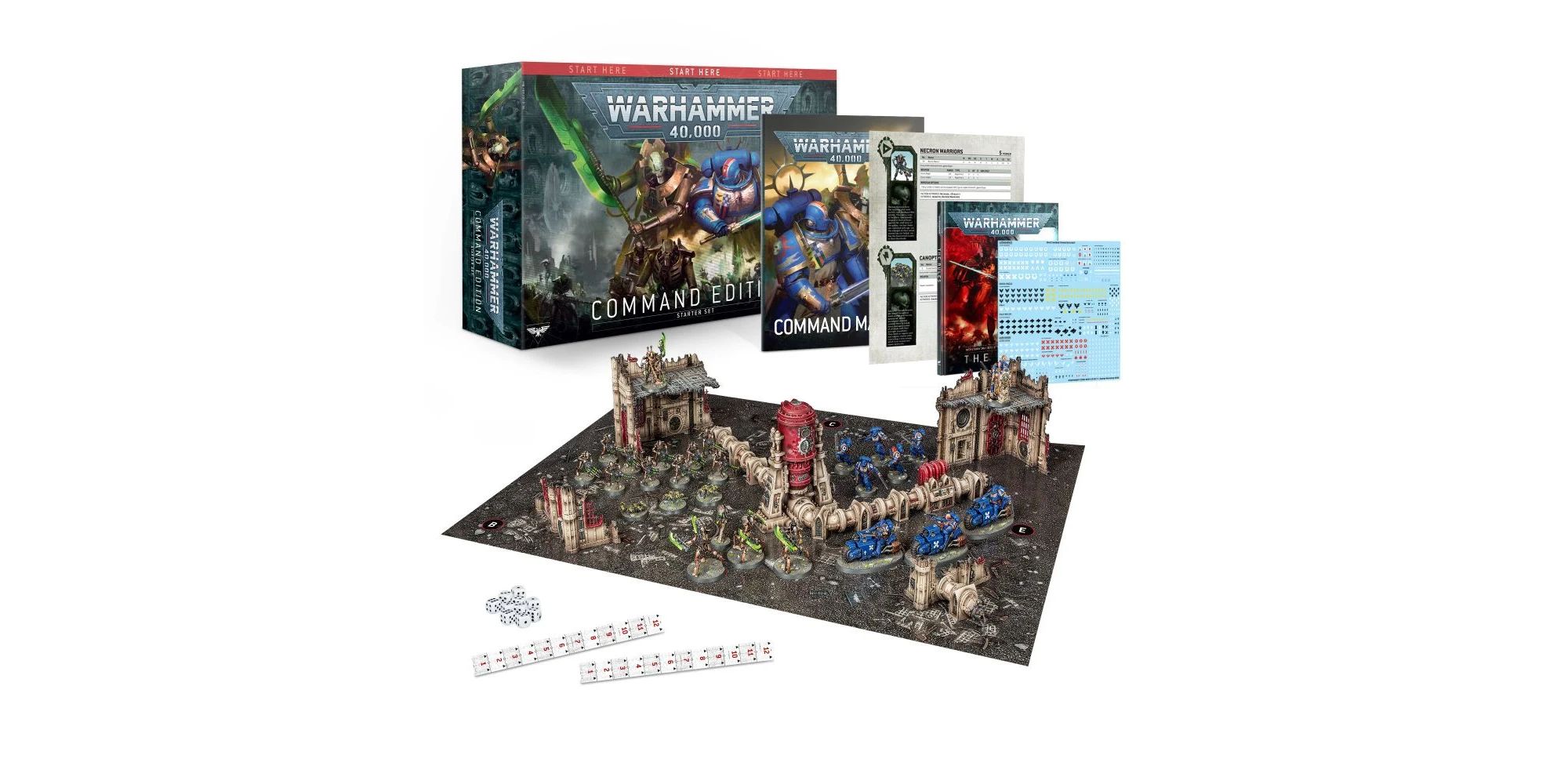 The Command Edition gives players the full 40k experience in a single box, adding specialized squads to each army's lineup. If you already know you want to collect either Space Marines or Necrons, this is an economical choice to split with a friend.

The Command Edition contains all the gaming supplies from the Recruit Edition, with a larger gaming board to accommodate the bigger armies. It even has plastic terrain to bring your tabletop battlefield to life! The Command Edition includes the following army rosters: 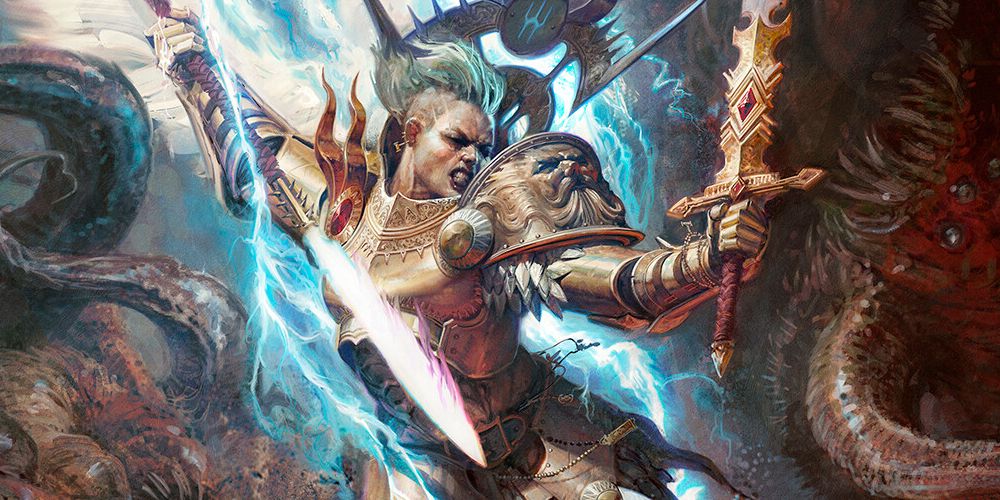 Warhammer: Age Of Sigmar features fantasy battles across the Mortal Realms, a place of high magic and godly might. Whether your army fights to bring Order or Chaos to the realms is up to you – luckily, these two-player starters let you experiment with both! 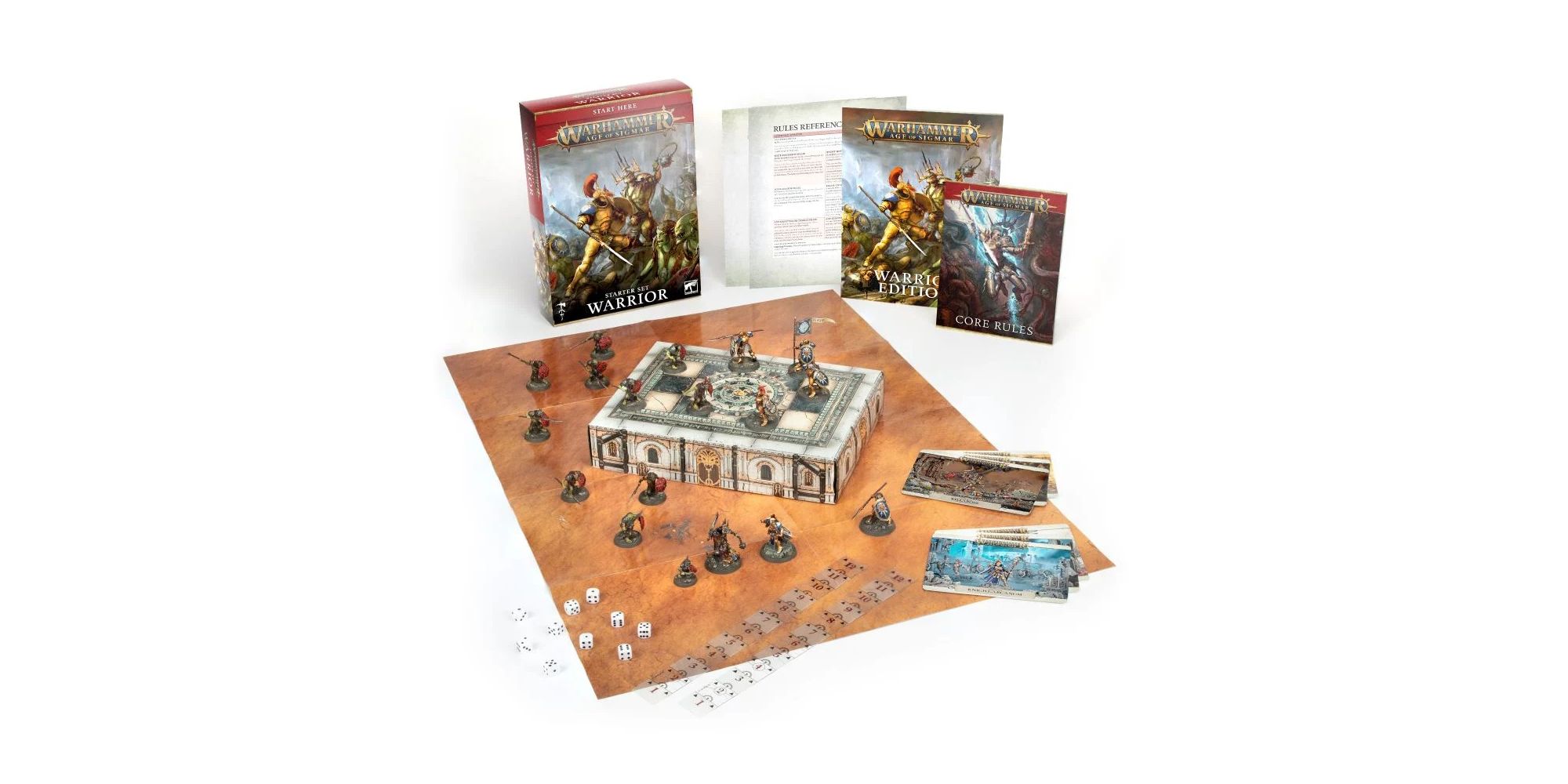 The Warrior Edition is an affordable, easy way for players to learn the rules of Age of Sigmar. You and a friend can square off as the heroic, heavily-armored Stormcast Eternals or the vicious, underhanded Kruleboyz of Ghur!

The Warrior Edition contains battlefield terrain made of durable cardstock, giving your troops a bastion to fight over, as well as all the dice and rangefinders you'll need for the skirmish! It contains the following models for each army: 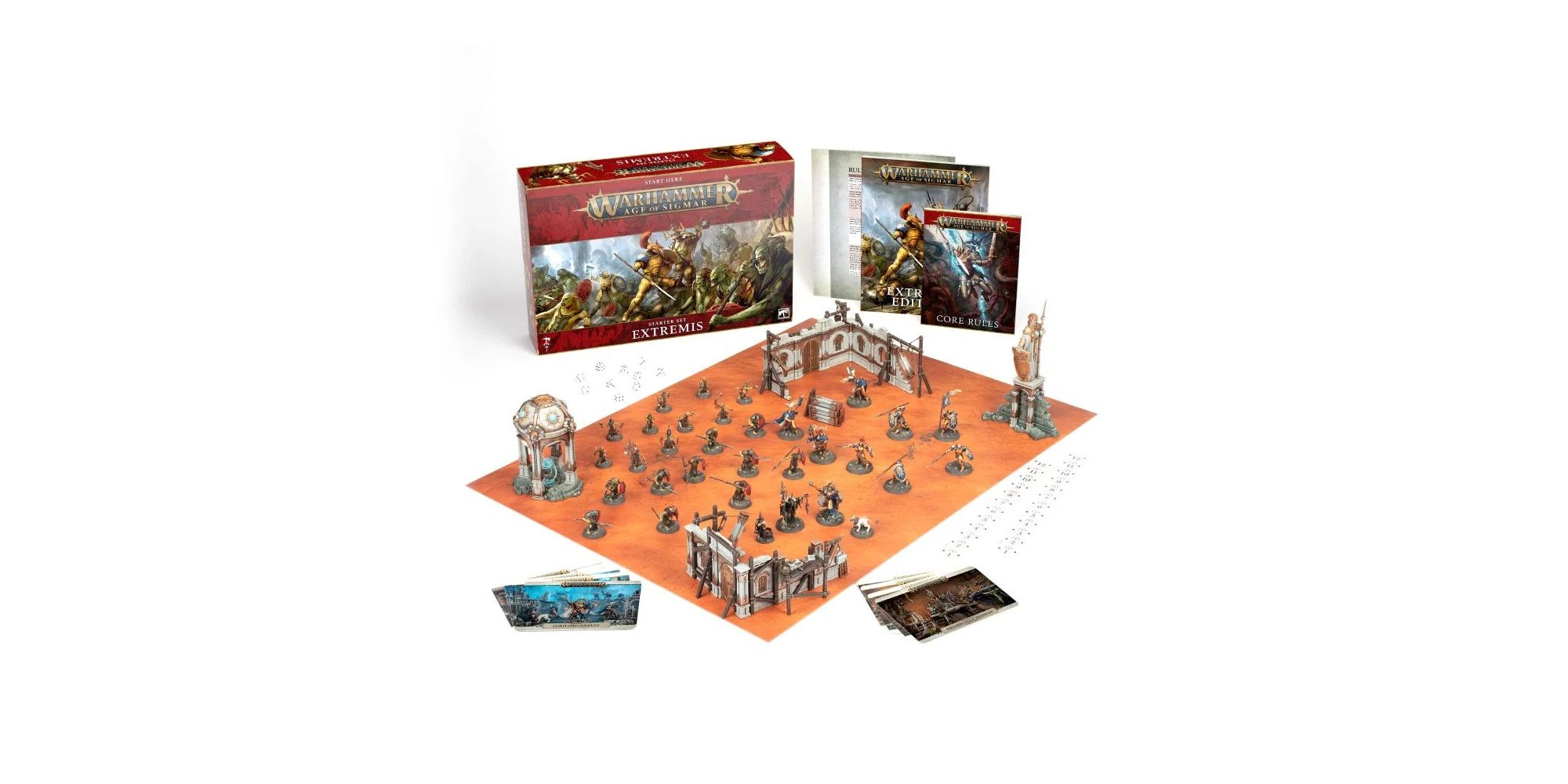 A true epic fantasy battle in a box, the Extremis Edition is for players who are ready to take the plunge into Age Of Sigmar and want to get started as soon as possible! The Extremis Edition Starter Set contains everything you need to stage a full battle between the Stormcast Eternals and the Kruleboyz, and serves as a perfect jumping-off point for collecting either army!

In addition to all the gaming supplies included in the Warrior Edition, the Extremis Edition contains plastic terrain to customize your battlefield and an expanded rulebook. It includes the following army rosters: