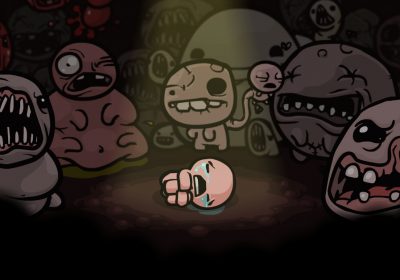 Edmund McMillen is going back to the well with a massive new expansion for The Binding of Isaac: Four Souls, the tabletop game based on the successful video game. The crowdfunding campaign has rocketed past $5.3 million and is set to end on July 2. Delivery of the finished product — including a sizable expansion — is set for June 2022.

The Binding of Isaac: Four Souls was originally launched as a Kickstarter campaign in 2018 and is currently available at Target and Amazon. The multiplayer card game was inspired by Magic: The Gathering’s popular Commander format, among other things. Players take on the role of characters from The Binding of Isaac games to take on monsters and capture their souls. There’s also a hefty amount of competition, as players work to sabotage each other’s strategies.

The base pledge of $35 includes the 248-card Requiem expansion plus a small pack of cards to help revise the original game. The $65 pledge includes all that, plus an oversized box to hold everything. Meanwhile, the $40 pledge includes just revised version of the base game.

As with many Kickstarter campaigns these days, there’s a bit of nuance when it comes to which pledge levels come with stretch goals and which do not. Be sure to explore the campaign in detail before putting down your money. Alternately, you can just plunk down $1 to be included in the pledge manager, which will give you more time and flexibility to make a la carte selections. This should be especially attractive to fans of the video game, since the campaign includes new collectible figurines, clothing, and dice.

The campaign for The Binding of Isaac: Four Souls Requiem runs through Friday, July 2 at 1:59 a.m. CDT.