Black Desert Adding Corsair Class To All Platforms On June 29 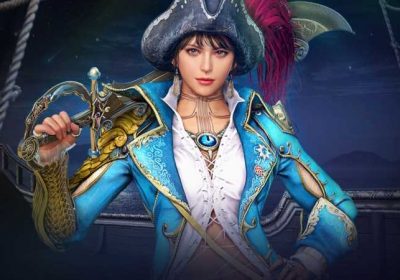 Pearl Abyss announced the Corsair class is coming to Black Desert on June 29. Pre-creation begins a bit earlier on June 23 and – unlikely some previous class reveals – the Corsair will be available on all platforms simultaneously.

The news came during this year’s Heidel Ball, which gave a look at the road ahead for Black Desert. Much of the talk centered around the game’s first co-op dungeon, Atoraxxion, but the other main attraction was the Corsair. A new class is always a big deal in BDO, and this time around was no different.

Using a “composite sword” called Serenaca that extends in length during use, the Corsair is an agile class that can turn into a mermaid to swiftly crash into her opponents – a stark contrast from the previous Sage class, who lumbered around the battlefield like a giant. She can also swim faster and stay underwater longer than any other character in the game, making her an ideal choice for players who spend a lot of time out at sea.

You can check out the BDO Corsair Gameplay Reveal below:

Corsair pre-creation begins on June 23, so you don’t have to wait long to start your pirate career.

Beyond the new class, BDO also gave a detailed rundown of what to expect through the rest of 2021. Here’s a quick look at the highlights:

Meanwhile, Black Desert Mobile players can look forward to five new classes by the end of 2021 along with the South and East Valencia regions.

The Corsair class will be available in BDO on June 29.