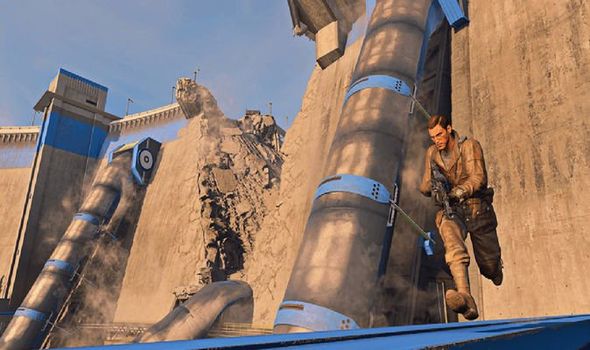 Today’s Call of Duty Black Ops 4 update is now live and includes some big changes for Xbox One and PC.

Operation Spectre Rising is now available on Xbox and PC, following its early release on PS4.

This includes the debut of Spectre in Multiplayer, and the new “Wetworks” map update and Bounty Hunter mode in Blackout.

Here’s more about the return of Spectre from developers Treyarch, who confirmed in a new statement: “Spectre’s Special Issue Equipment is the Smoke grenade, the perfect accessory for stealth kills when you (and you alone) are able to see enemies through the haze.

“Additionally, Spectre’s Special Issue Weaponry is the Shadow Blade: when it’s activated, Spectre switches to third-person for complete field-of-view of nearby enemies.

“While wielding the blade, Spectre can roll and dodge to avoid incoming bullets and eliminate opponents with a single swipe.

“Spectre is available at Tier 1 of the Operation, and once unlocked, will be playable in Multiplayer and Blackout.”

There is also the new “Super Blood Wolf Moon” Gauntlet in Zombies, and new weapons & cosmetic items to earn. The Wetworks Map Update means that parts of the Blackout map have now flooded, affecting several areas.

This includes the Hydro Dam, Factory, Cargo Docks, Hijacked, and the farm near Firing Range, allowing for new types of engagements and new avenues for water-based vehicles to turn the tides of battle.

“Drive a boat through the barn or loot underwater containers spilled from Cargo Docks. Hijacked has floated upstream to the northwest shoreline allowing players on the luxurious yacht to engage with opponents at Construction Site,” Treyarch adds.

“All the river banks have been flooded, washing ashore houseboats and creating new loot and combat opportunities. Rediscover Blackout through the Wetworks Map Update to find new tactical approaches and gameplay strategies.”

Fans can also grab double the XP in Featured Playlists across MP, Blackout, and Zombies on all platforms.

For those that don’t know, Bounty Hunter is a new mode in Blackout which includes Spectre Stashes that contain the Shadow Blade and other valuable items like Level 3 Armor, Smoke, stealth-related Perks, and Trauma Kits.

Equipping the Shadow Blade will transform the player into Spectre, giving them unique skills including increased movement speed, the ability to see digital footprints of nearby enemies, and full third-person camera perspective.

“With each new Collapse in Bounty Hunter, players with the most kills will be marked as Bounty targets that only Spectre can see. Eliminate the target or survive the Bounty attack to be rewarded with a Supply Drop on your position,” Treyarch confirms.

“Unique to Bounty Hunter, players can also perform Humiliations on downed enemies. These are fatal finishing moves to end an opponent in dramatic fashion. Spectre has a distinct Humiliation that uses the Shadow Blade to deal an epic final blow.”

Black Ops patch notes for today’s update on PS4, Xbox One and PC can be found below: