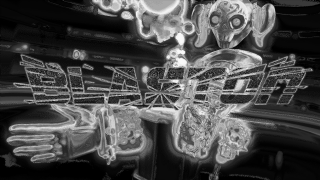 Resolution Games is increasing the price of its multiplayer VR shooter, Blaston, ahead of its next big update.

The Quest and PC VR title will jump from $9.99 to $19.99 on January 17th, so you still have a few days to pick it up at the original price. In the video below, Resolution Games noted that the move was made to reflect the many updates Blaston has seen since launch in late 2020, including new modes, social VR features and user-made tournaments.

“We had the approach of launching something as early as we possibly could and developing it together with the community as much as possible,” Resolution CEO Tommy Palm told UploadVR in the interview below. “But at this point we feel it’s a full-fledged game with a lot of content, and it’s worth $19.99.”

He later added: “We always felt with Blaston had this potential to become something much bigger. You could really compete with other players and become quite good at it.”

In addition, there’s more Blaston to come. April will see the launch of the Blaston Reloaded update, which plans to revamp the core game with a weapon attachments system that will let players further customize their arsenal. There will also be new graphical enhancements for the PC VR version of the game and a new seasonal mode. Finally, there’s a new weapon set to be added in collaboration with another VR games studio.

Blaston joins a growing number of VR games that have increased their base price after months of free updates. Cloudhead Games started charging more for its rhythm-based shooter, Pistol Whip, in mid-2021 and Space Pirate Trainer also increased its base price after adding the fantastic local multiplayer mode in the DX update.