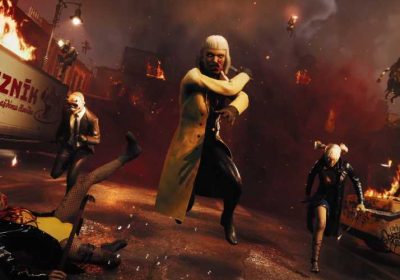 Vampire: The Masquerade – Bloodhunt is a free-to-play battle royale that launched in September last year. It may be getting hotter in the Northern Hemisphere, but the sun isn't going to keep those bloodsuckers away. Bloodhunt's Summer Update introduces a Team Deathmatch game mode as well as a Summer Pass.

The beta for the Team Deathmatch is launching July 14. It'll feature two teams of eight going head to head. There will be unlimited respawns and the first team to hit the score limit will emerge victorious. You'll be pleased to hear that this update will also feature five new maps for you to trial the new game mode in: Slaughterhouse, Disco, Hotel, Construction, and Harbor.

The upcoming Summer Pass will feature over 100 new items and cost 600 tokens, about $5.99. There are also additions coming outside of the Summer Pass if you don't fancy dropping any dosh on this game – two new melee weapons, a knife and a crowbar.

Some maps have been updated, too. A Ventrue train has been added to the Train Station location. The attic in Rudolfinum has also been opened up and now features three new rooftop entrances with some small tweaks to the interior design, too.

Also, the Ventrue area, previously locked in Elysium has been opened. There you can meet Em, the Ventrue primogen, and receive quests. Toreador Maia’s nightclub has also opened its doors – a fantastic locale to show off your vampire persona. because what's a vampire without a nightclub to stunt in?

Vampire: The Masquerade – Bloodhunt has been impressing TheGamer staff recently. Lead news editor George Foster said in his Season 1 review, "the world itself envelops you in its leathery wings. Rain drips from the rooftops, blood is sucked from necks with a delicious squelch, nightclubs reverberate with romantic basslines, and while the fighting takes place on the streets, more buildings have the familiarly decadent interior design of modern vampire lore than you’d expect."