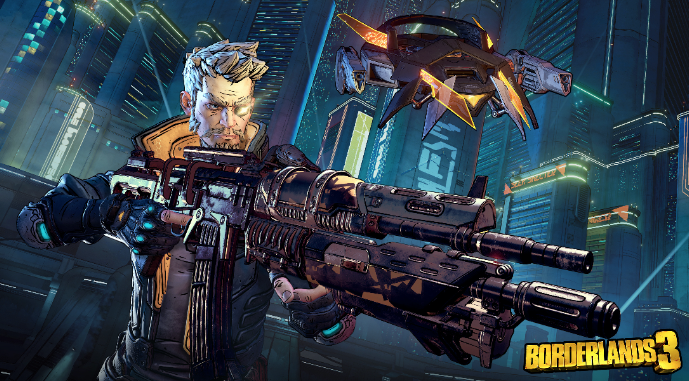 For the first time in the franchise’s history, players will be able to board a spaceship and travel between various planets. Borderlands 3 is a notable step up in terms of size and scale – as a result the art team has had to create assets for a number of distinctive new locales, some of them with contrasting visual styles. In our recent hands-on demo with the game we were unleashed upon the Meridian Metroplex in the Promethea system.

“It was such an awesome opportunity because it’s totally different to make a level that is just desert and rock and go to a big urban metropolis,” Kester tells us.

“You can see what we did with that and, man, it was like making multiple different games. Every art [team member] said that when we went to another planet, it was like making an entire other game for us. It’s just a ridiculous amount of content. I’m extremely surprised with the range that we’re getting and what we’ve been able to do on Borderlands 3.”

Borderlands 3 launches on PlayStation 4, Xbox One, and PC on September 13th. Last month, Gearbox put out a remastered version of the Borderlands: Game of the Year Edition while also releasing a new UHD pack for The Handsome Collection.