Borderlands 3 Nerfs 1 Item For Every 10 Buffs 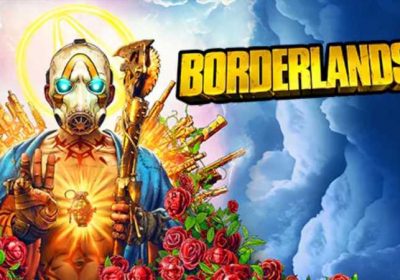 Some interesting data concerning Borderlands 3 has been making the rounds lately. According to this data, Gearbox kept a constant stream of buffs flowing into the game since its 2019 release, while issuing a lot fewer nerfs. In fact, nerfs were administered about 10.4 percent of the time, while buffs were added around 89.6 percent of the time.

Borderlands 3 wasn’t perfect by any means, but it did keep a constant string of patches and hot fixes that aimed at ensuring a balance of difficulty was maintained. For those that have played the game, you may have noticed that Gearbox seemed to keep up a pattern with their patches where an item would be nerfed for over-damage or for a broken mechanic and then soon after the nerf occurred, another patch would be introduced that offered minor buffs to a few items and perks to balance things out. According to the data over on Reddit, this pattern led to nerfs occurring only around 10 percent of the time while buffs were added with almost every update or patch.

A great example of this nerf-to-buff ratio occurred when Gearbox decided to nerf the Porcelain Pipe Bomb. A few weeks after the release of the game back in 2019, fans found the Porcelain Pipe Bomb to be broken. Instead of simply exploding once, as a pipe bomb should, the weapon would detonate multiple times upon impacting with an object. So Gearbox quickly nerfed the bomb. Soon after, the game released more patches that buffed up weapons like shields and helped with character balance.

Of course, the game didn’t always balance the nerf to the buffs. For instance, while a weapon may be nerfed for its ability to blow up entire buildings, the buff that would follow may only offer a slight bump in weapon damage or offer quicker reload speeds. In fact, the game was good at offering a ton of buffs to several weapons for damage increases but never offering a specific percentage for that increase. Oftentimes players had to guess on how much a weapon was boosted or wait for other players to offer an in-depth analysis. Then, the buff may only be a slight increase to damage. However, by buffing up several “lower-level” weapons, the game was creating a balanced field for all players no matter their preferred weaponry.

While Borderlands 3 may not have been the greatest game, though it did see some impressive sales, there is no denying that this balance of nerf-to-buff is a nice change of pace from all the games that only focus on nerfing.