Borderlands 3 Now Has Cross-Play On Everything But PlayStation 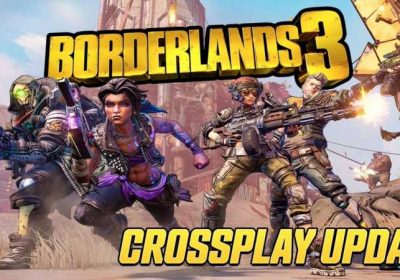 Borderlands 3’s big cross-play update is now live on every console except PlayStation.

The cross-play update has been in the works for some time and is now finally live, allowing players across Stadia, PC, Steam, Epic and Xbox to all play with one another. The only console that isn’t included in the update is PlayStation, which shouldn’t come as too much of a surprise considering Sony’s policy on cross-play.

Last month Randy Pitchford was asked about the cross-play issues after PlayStation was noted to be missing from the now-released update. Pitchford claimed that PlayStation itself blocked cross-play, saying, “For certification, we have been required by the publisher to remove cross-play support for PlayStation consoles”. There was some confusion as to why, but we found out from the Apple vs Epic trials that Sony is difficult to work with when it comes to crossplay.

The Apple vs Epic trial revealed that Sony charges for cross-play between consoles, something revealed by Epic head Tim Sweeny when discussing cross-play in Fortnite, something which Sony reportedly wasn’t happy about. Recently Jim Ryan has said that Sony supports cross-play and wants to try and encourage it, although there’s been no movement to suggest that just yet. It’s possible that the feature will be added to PlayStation at a later date, but nothing has been announced or hinted at just yet.

Although cross-play is arguably the biggest addition coming from this patch, there are a number of other changes that have been made to Borderlands 3. Revenge of the Cartels has returned to the game, allowing you to toggle on and off any of the time-limited events in the game, as well as increasing the drop-rate for those event-specific items from bosses. There’s also been a level-cap increase from 65 to 72, as well as increasing the damage for several weapons and fixes numerous bugs.

In more universally positive news for Borderlands, a Tiny Tina spin-off named Wonderlands was recently unveiled at E3 and will be released in 2022. Leaks prior to its reveal indicate that classes will be more customisable and open than before.