Home » News » Bully 2 Was Reportedly Shelved In 2009, Despite Being "Fully Rendered, Fully Realised"

Bully 2 Was Reportedly Shelved In 2009, Despite Being "Fully Rendered, Fully Realised" 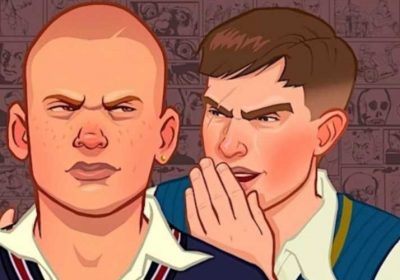 Bully 2 was reportedly in development in 2009 and was shelved so Rockstar New England could work on other games, despite it being "fully rendered, fully realised".

In a report from Game Informer titled "The Version Of Bully 2 You'll Never Get To Play", it's revealed that Bully 2 was being worked on by Rockstar New England during 2009. The project was eventually shelved so that the team could help work on games like Red Dead Redemption and Max Payne 3, although the report reveals a lot about what the game could have been.

Bully 2 was reportedly going to be treated like GTA, with Rockstar hoping that the sequel would bring the series up to par with some of its other big releases. One anonymous developer said, “there was a lot of focus on character, very deep systems, seeing how far we could push that, and putting it up there alongside a GTA".

Game Informer was unable to get an exact number, but at one point there were at least 50 to 70 members of Rockstar working on Bully 2. The project reportedly had six-to-eight hours playable, all of its terrain mapped out, working missions, NPCs that would roam the map, and more, although it still wasn't in a shippable state. According to one developer, it would have needed around two or three more years to be shippable.

Despite being so far into development and having gameplay systems in place that would later be used for games like Red Dead Redemption 2 and Max Payne 3, Bully 2 was shelved in 2009 and all of its members pulled to work on other games in development at the time, such as the aforementioned Max Payne 3.

The report also describes Rockstar's workplace conditions, noting that, "While most developers speak fondly and excitedly about their work on Bully 2, when talking about projects such as Max Payne 3 and Red Dead Redemption, their tone turns dour." Several of the developers report massive amounts of crunch, with one developer saying, "When it came time for you to leave, it was a lot of just trying to get out without being harassed on the way out of the door".