Bungie Is Working On Multiple Unannounced Projects With Sony 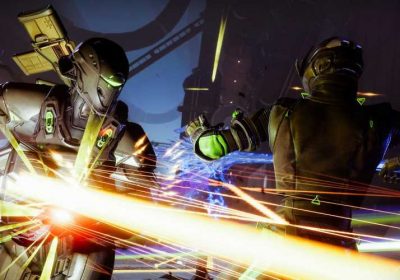 Bungie is reportedly working on several unannounced projects with help from Sony, who acquired the Destiny 2 developer back in January 2022 for $ 3.6 billion.

This comes via Tom Farnsworth, a senior design lead at Bungie, who also recently announced having completed 11 years at the studio on Twitter. In a follow-up tweet, he wrote, “And with the support of Sony we are working on a number of unannounced projects too. Come join us”.

We know of at least two unannounced projects Bungie is working on: a mobile game set in the Destiny universe, and a brand-new IP outside the Destiny universe. The mobile game is being developed in collaboration with Chinese video game giant NetEase, which was spotted via a job posting in 2022. Apparently, it will also use the same engine as Destiny 2's current Tiger engine and will be an FPS title.

As for the brand-new IP, we have no idea what that might be. A 2021 report revealed that it could have competitive PvP gameplay with an esports landscape, but that’s all we know. However, one could assume that since Sony plans to push out at least ten live service games by 2026, Bungie’s next IP could fall under the same category.

Interestingly, these “unannounced projects” could also be TV shows or movies, and not be limited to video games. Sony has mentioned wanting to help Bungie in expanding the horizon of Destiny beyond the realm of video games. For this, it has made its resources from Sony Pictures and Sony Music available at Bungie’s disposal. The studio has been hiring execs from across the industry with experience in adapting video games into different forms of media. Most recently, it onboarded a Riot dev who worked on Netflix’s Arcane show, which suggests that we might get a Destiny animated show first.