Spectre is back! The covert expert assassin returns from Call of Duty®: Black Ops III with revamped stealth capabilities.

Spectre’s background is still shrouded in mystery, but the same deadly, cold, and strategic killer has now arrived in Black Ops 4. Spectre’s Special Issue Equipment is the Smoke grenade, the perfect accessory for stealth kills when you (and you alone) are able to see enemies through the haze. Additionally, Spectre’s Special Issue Weaponry is the Shadow Blade: when it’s activated, Spectre switches to third-person for complete field-of-view of nearby enemies. While wielding the blade, Spectre can roll and dodge to avoid incoming bullets and eliminate opponents with a single swipe. Spectre is available at Tier 1 of the Operation, and once unlocked, will be playable in Multiplayer and Blackout.

New game modes are coming to Multiplayer, starting with Prop Hunt! Prop Hunt is an epic game of Call of Duty hide-and-don’t be killed. Choose your prop and blend in with your environment to avoid capture while the opposing team searches the map to uncover and eliminate players disguised as props.

Earn new Multiplayer weapons, available in the Contraband Stream on day one of the Operation:

Later in the Operation, Capture the Flag will make its Call of Duty®: Black Ops 4 debut. Pick up the flag from enemy territory and deliver it back to your base to score in this classic Multiplayer game mode. Plus, expect more alternate-weather maps, such as Hacienda Twilight, to change up the environment and offer new variety in the gameplay experiences on these maps.

Our suspension system will temporarily ban players who leave or disconnect from matches. Upon leaving a League Play match, players will be banned for a brief amount of time. The more suspensions a player has, the longer their ban will be. We’ve also upped the penalty, so players leaving matches will lose more points. Lastly, our skill-based matchmaking will be improved to address skill-matching issues presented by parties. With these changes, we hope to minimize match quitting and produce tighter matches.

The “high ground” has taken on a whole new meaning with the Wetworks Map Update, as multiple areas including Factory, Cargo Docks, Hijacked, and the farm near Firing Range have been flooded by an explosion at Hydro Dam. Drive a boat through the barn or loot underwater containers spilled from Cargo Docks. Hijacked has floated upstream to the northwest shoreline allowing players on the luxurious yacht to engage with opponents at Construction Site. All the river banks have been flooded, washing ashore house boats and creating new loot and combat opportunities. Rediscover Blackout through the Wetworks Map Update to find new tactical approaches and gameplay strategies.

A new Blackout game mode, Bounty Hunter, will be live at the start of the Operation. Drop in and find the beacons of light that indicate Spectre Stashes, which contain the Shadow Blade and other valuable items like Level 3 Armor, Smoke, stealth-related Perks, and Trauma Kits. Equipping the Shadow Blade will transform the player into Spectre, giving them unique skills including increased movement speed, the ability to see digital footprints of nearby enemies, and full third-person camera perspective. Spectre can carry both the Shadow Blade and a normal weapon. When the normal weapon is equipped, Spectre will return to first-person view. 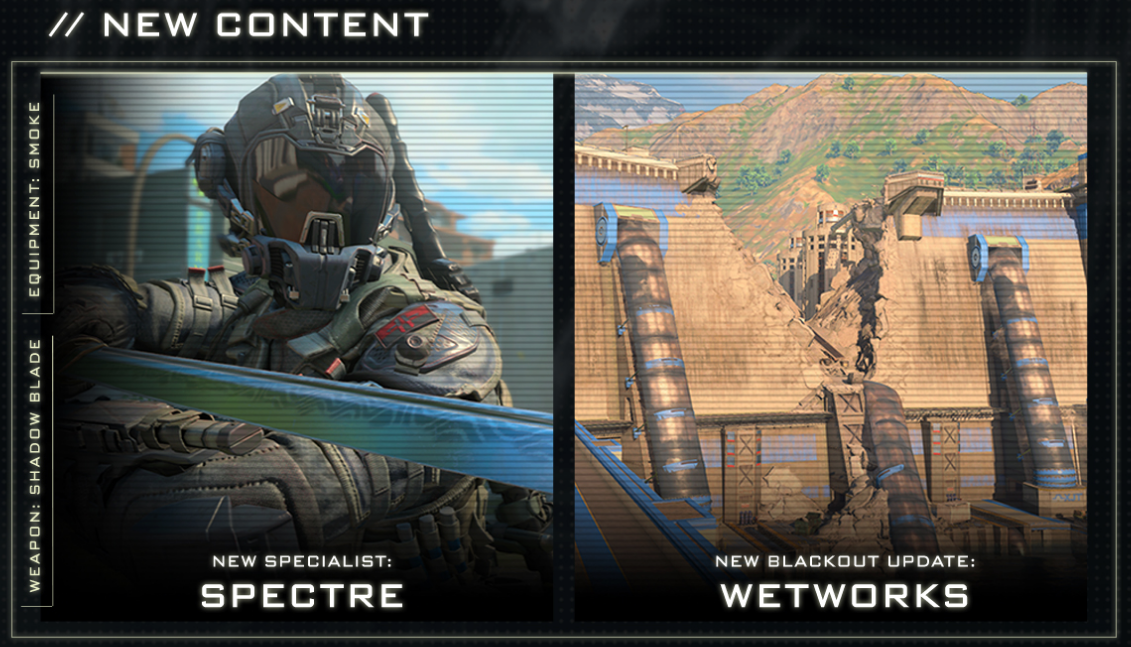 With each new Collapse in Bounty Hunter, players with the most kills will be marked as Bounty targets that only Spectre can see. Eliminate the target or survive the Bounty attack to be rewarded with a Supply Drop on your position. Unique to Bounty Hunter, players can also perform Humiliations on downed enemies. These are fatal finishing moves to end an opponent in dramatic fashion. Spectre has a distinct Humiliation that uses the Shadow Blade to deal an epic final blow. Channel your inner assassin and work together to be the last team standing.

More Blackout game modes are on the way including Ground War, which takes the familiar large-scale, team-vs.-team Multiplayer format to a new level of chaos and turns battle royale into all-out war. Plus, Down But Not Out returns with revamped rules and mechanics like escalating loadouts and the squad wipe notification feature, alongside other fan-favorite limited time modes like Hot Pursuit!

The DART Multiplayer Scorestreak has come to Blackout. Launch this equipment for a bird’s-eye view of your opponents and detonate the DART on command or when it hits its target.

Later in the Operation, expect more weapons, a new vehicle, and new Equipment to be added to Blackout, creating an even more diverse pool of items across the map.

Gameplay updates to Alcatraz have been introduced to focus on helping players battle each other (and not the Collapse) in the final moments of the game. The map now has more doors, holes, and stairways, so players won’t get stuck at dead ends when the circle is closing in. Plus, mantling improvements will allow players to climb up and over objects quicker to keep up with the frenetic and fun gameplay pacing.

In addition to Spectre’s Blackout debut, more characters will be available in the Black Market this Operation:

The latest Gauntlet arrives for “Dead of the Night” with this Operation: Super Blood Wolf Moon.

Hit the pool table to sink the stripes and solids in the “Pool Party” round and survive the wolves during “Be-were”! The latest Gauntlet leans into the glitz and glamour of the mansion and the thrilling horrors of the undead. Keep your wits about you to tackle all 30 rounds to complete the Gauntlet.

More Gauntlets are on its way in this Operation, including the Labours of Hercules for “Ancient Evil” and Hard Mode Gauntlets, which will debut in Unsinkable for “Voyage of Despair”.

Lay down covering fire and slay the horde with the Tigershark LMG, the newest Contraband weapon found in the Mystery Box. The Tigershark is an agile LMG for dishing out heavy fire on the go. If you add it to your arsenal, upgrade it in the Pack-a-Punch machine for the new Smilomegalodon, which gives players a larger ammo pool and increases its damage output.

Additionally, more features will be introduced to Zombies during this Operation, including Gauntlet Friend Leaderboards, allowing Zombies fans to compare their Gauntlet skills to their friends and recent players.

Operation Spectre Rising will feature 50 unique Tiers paced to align with the first half of the Operation. This is a smaller collection of content relative to previous Operations and spans a shorter duration of time, as a unique new set of content will come alongside the Days of Summer update in June. Ultimately, this will translate to easier, more frequent updates that establishes a steadier cadence.

The Black Market will also feature two new item types: Weapon Charms and Death Effects. Weapon Charms can be equipped to further personalize your weapon. Charms dangle from your weapon during battle for an added personal touch while you fight.

Death Effects add a special bang to your bullet. Instead of the typical blood spatter, equip a Death Effect for unique effects to occur when you take down the enemy. For instance, the “Surprise Party” Death Effect sprays confetti from the opponent you’ve eliminated. When equipped, all kills are accompanied by a Death Effect to add some flavor to your takedowns.

Here are some highlights from the Black Market that will be available during Operation Spectre Rising:

Black Ops Pass owners get three new Multiplayer maps in Operation Spectre Rising! We’re introducing two brand new maps and one re-imagined Call of Duty®: Black Ops classic, which will join the regular map rotation in Core and Hardcore playlists at the start of the Operation. And in Blackout, a familiar face returns from Black Ops II as a new playable character.

Gear up for the geothermal hot springs of Artifact. In the remote landscape of Iceland, hired treasure hunters have tracked down and unearthed an ancient zombie artifact. Unfortunately for them, they aren’t the only ones after it. Discover the surprises of this rocky and full-terrain map while battling for the high ground amidst deadly geysers.

The platformer-style terrain and various pathways create unique experiences to traverse the map. On the south side, climb the ladder and slide into the glacier to find multiple ways in and out of the dig site. Alternatively, take the high ground to the north to spot enemies across the map and down below. Lastly, be mindful of the geysers which spell instant death for those caught in an eruption. Master the terrain and take the fight off the grid in Artifact. 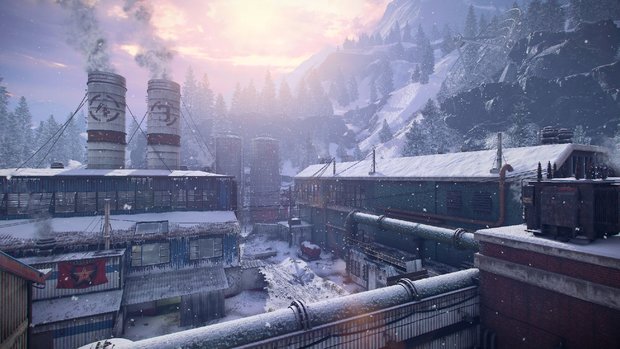 WMD is back. Deep within the snowy Russian borders, a covert laboratory has spun up production of weaponized Nova 6 chemicals. A battleground rife with multiple high positions, warehouses, and staircases, WMD requires players to always be prepared for a fight.

Trade the risks for the rewards of the water tower and western overlooks to catch unsuspecting enemies on the ground, or battle in and across centrally located warehouses with multiple entry and exit points that demand players stay on alert. Create new epic Multiplayer moments on this fan-favorite classic map. 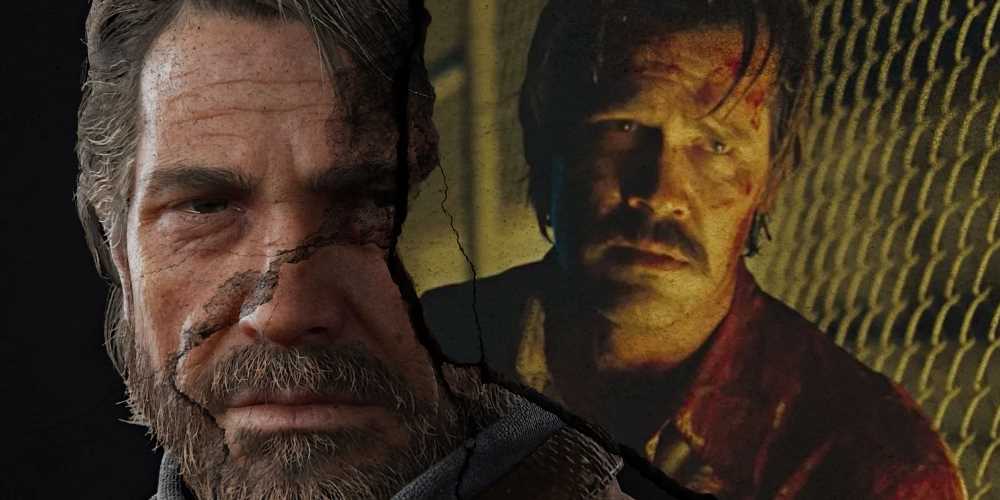 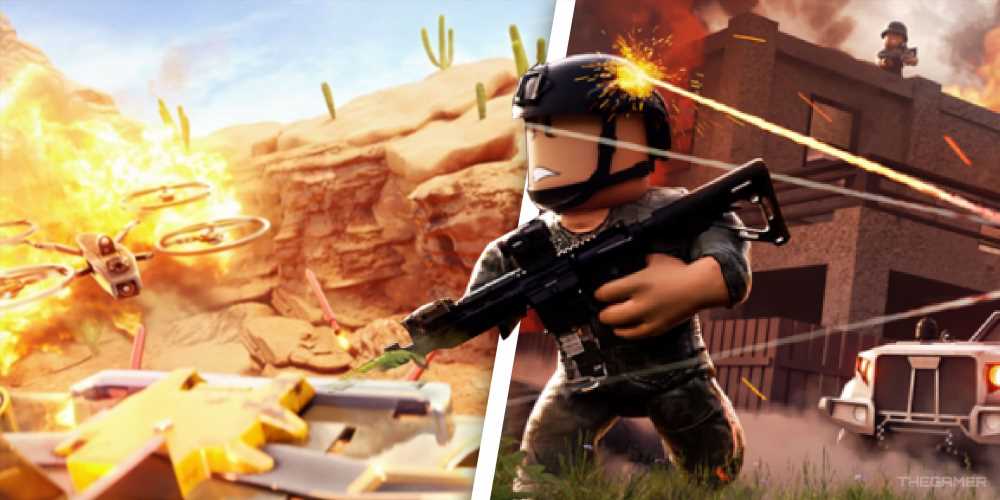 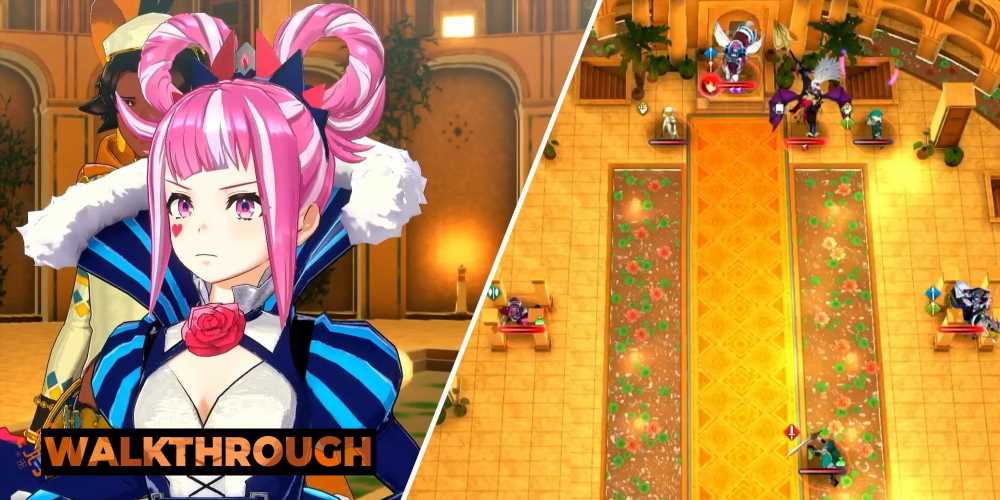