Call Of Duty Modern Warfare 2: 10 Relatable Things Every Player Does 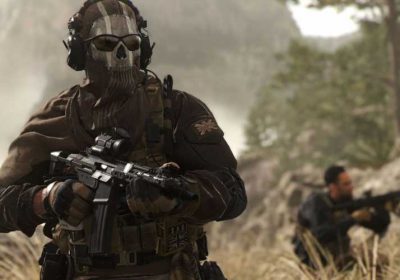 The latest game in the long-running Call Of Duty series is here. This time we're back in the modern-day world and ready to do some damage. As you play, though, there are things that everyone does at some point in the game. Whether it be listening to Price's corny jokes or doing some damage with the current overpowered weapons, there are some things we are all guilty of.

Whether you find pride in these things or are sheepish about how often you find yourself doing them, here are some experiences in Call Of Duty Modern Warfare 2 that are just universal. 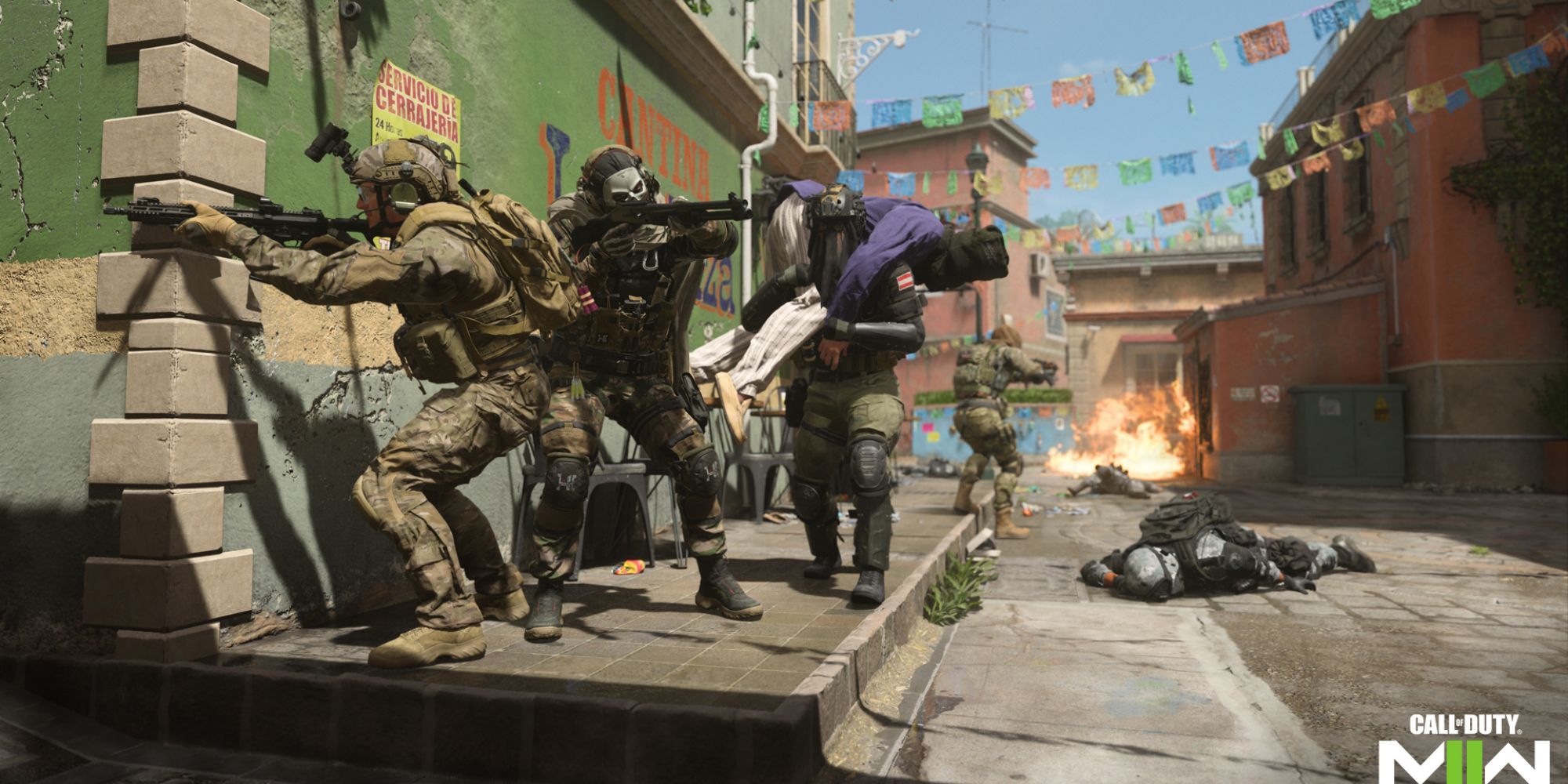 You have to get the drop on your opponents somehow, right? Long-time fans of the series may find themselves on the worrisome end of a shotgun when they go slide-canceling for the first time in this new game. True enough, it's a bit more toned down in this game than in its predecessors. Whether you're a slide-cancel pro or hate the move with a passion, you'll give it a shot at some point, either to great effect or with a respawn soon after.

9/10 Try And Master The New Equipment 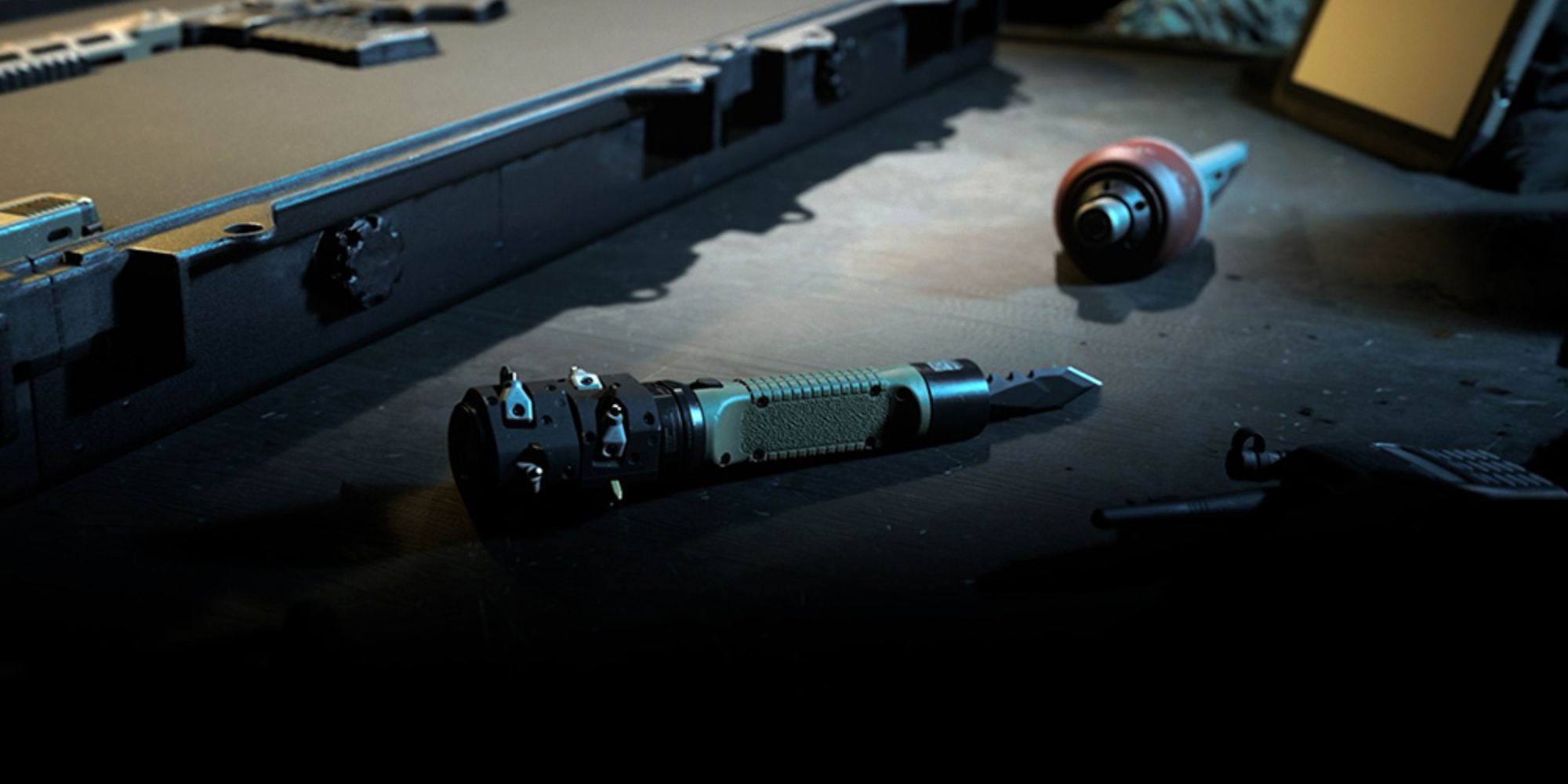 Guns aren't everything in the Call Of Duty experience; the proper deployment of your equipment can often be the difference between life and death in multiplayer matches. This time around, classic equipment like the flashbang and semtex are joined by newcomers like the shock stick and drill charge.

Whatever your go-to is, it can take some time to get used to the changes in this game. It isn't uncommon to see someone accidentally throw a grenade at their feet or shock themselves instead of the enemy. 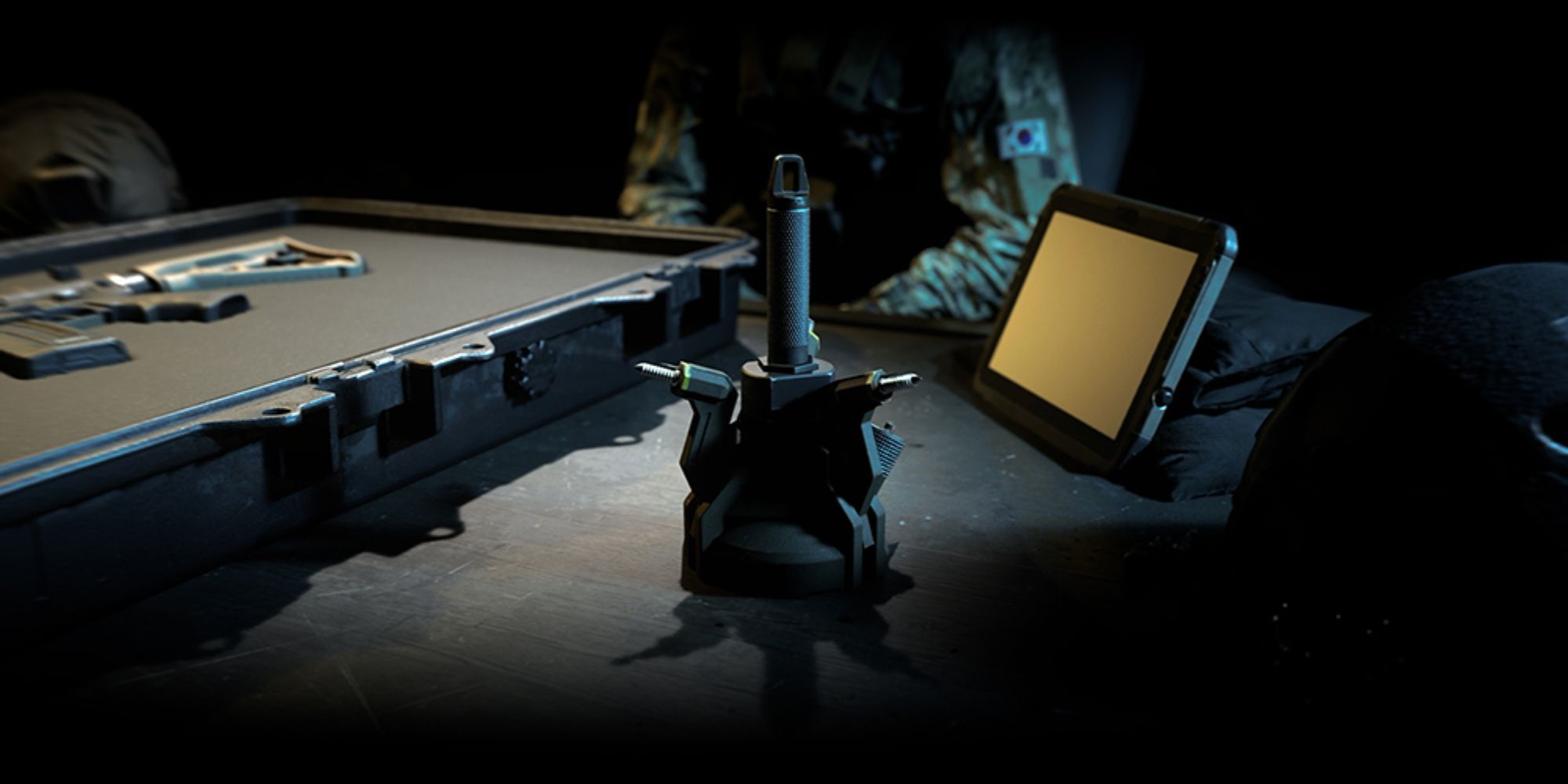 The new bane of campers everywhere, the aforementioned drill charge makes easy work of enemies hiding behind walls or simple cover. It is fun to use against others, but not nearly as much fun when it gets turned around on you. Sooner or later, your favorite sniper's perch will be ruined by the enemy's use of this explosive weapon. 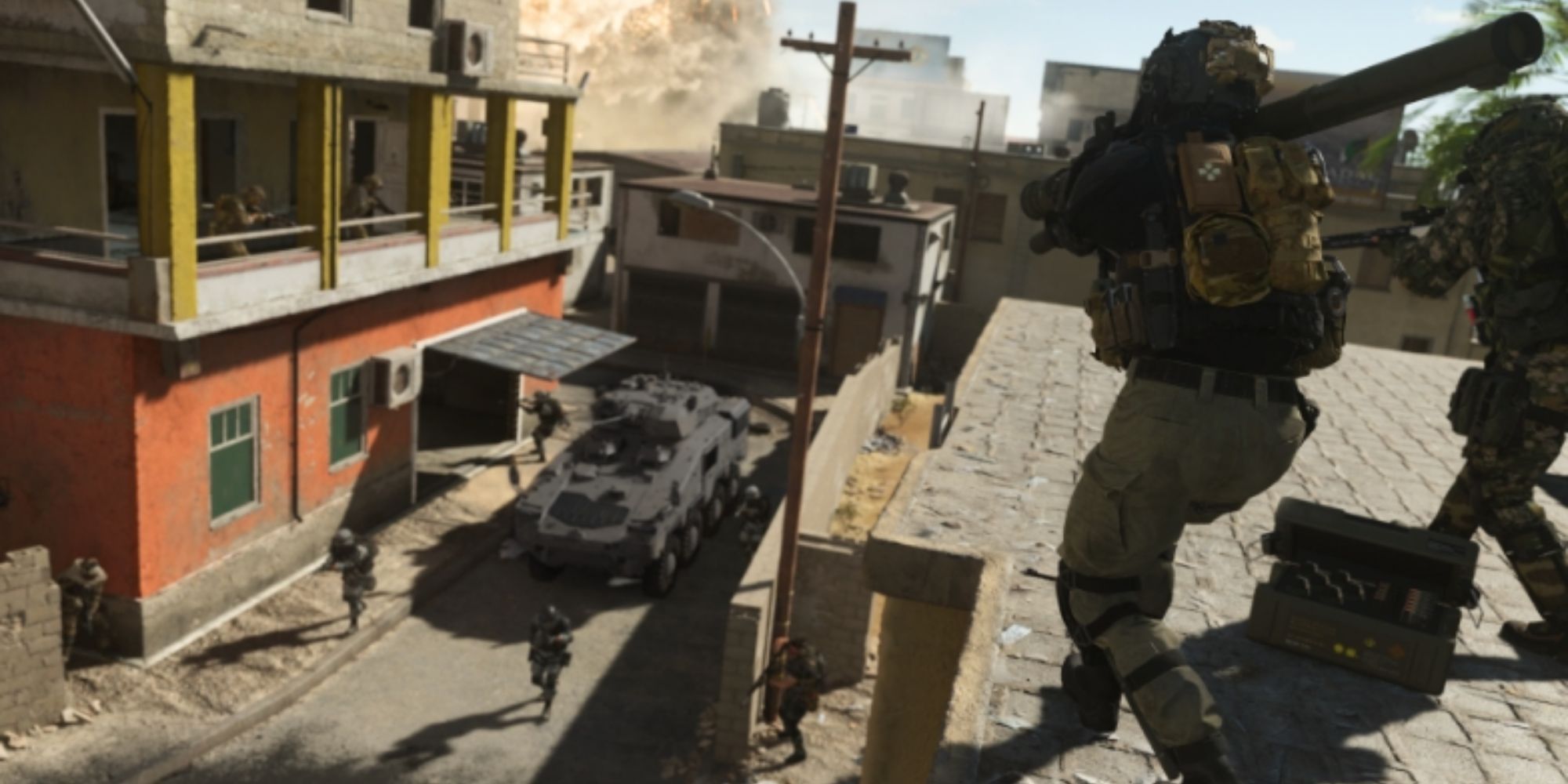 Whether you're constantly patrolling online boards to see what the latest update has changed or you just so happen to find something you think is overpowered, everyone is guilty from time to time of trying to see what the meta currently offers.

There's no shame in it. It's undoubtedly a hard time to get matchmaking and weapon stats perfectly fine-tuned. So, why not have some fun while the developers try to iron out the kinks?

6/10 Go Back And Try Every Dialogue Option 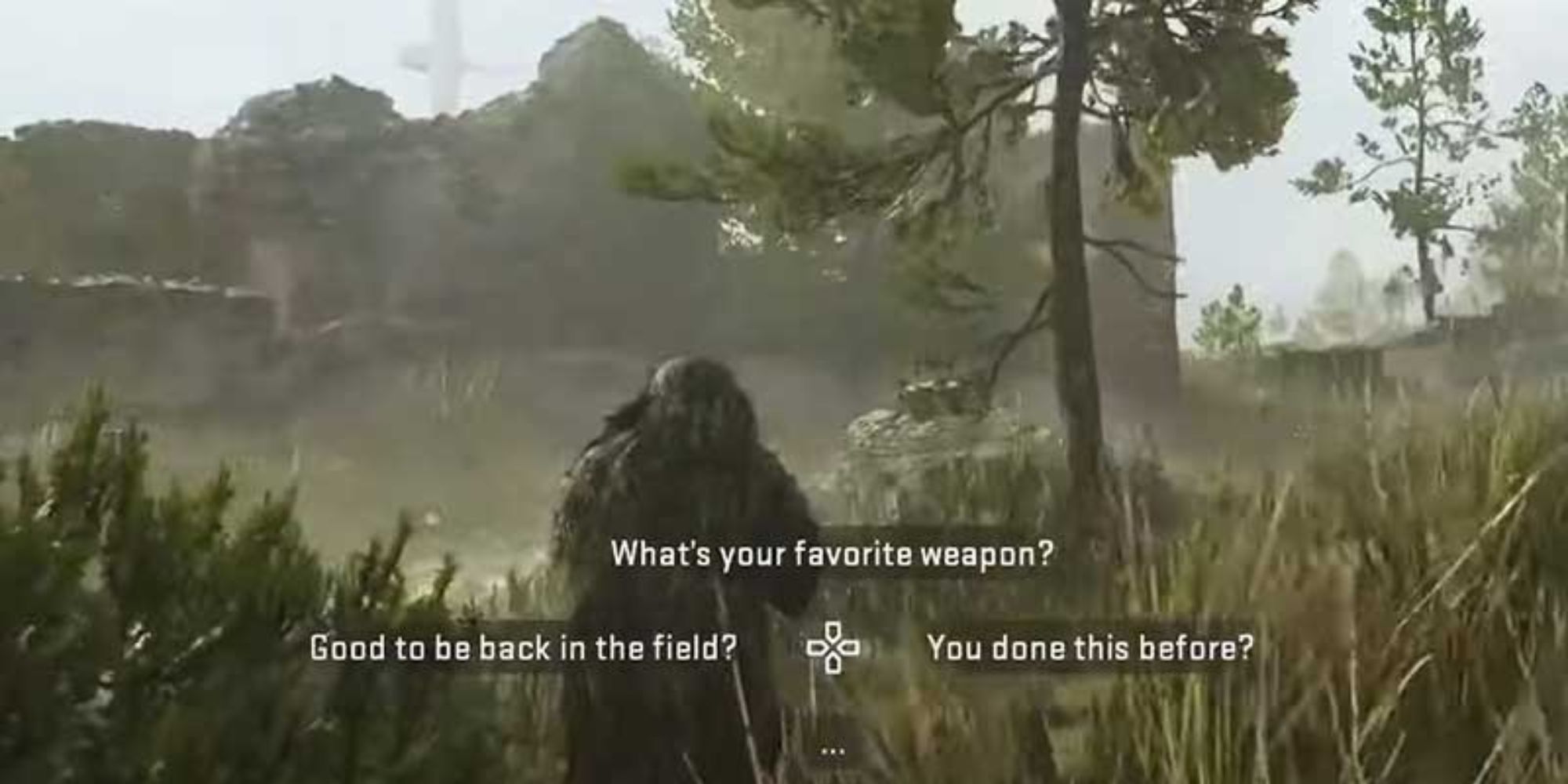 The added ability in this installment of the series to choose the route of certain conversations is an interesting thing to be sure. It's not uncommon to find yourself going back on another playthrough and wondering just how many jokes Captain Price has or if you can break Ghost's stoicism with your questions. 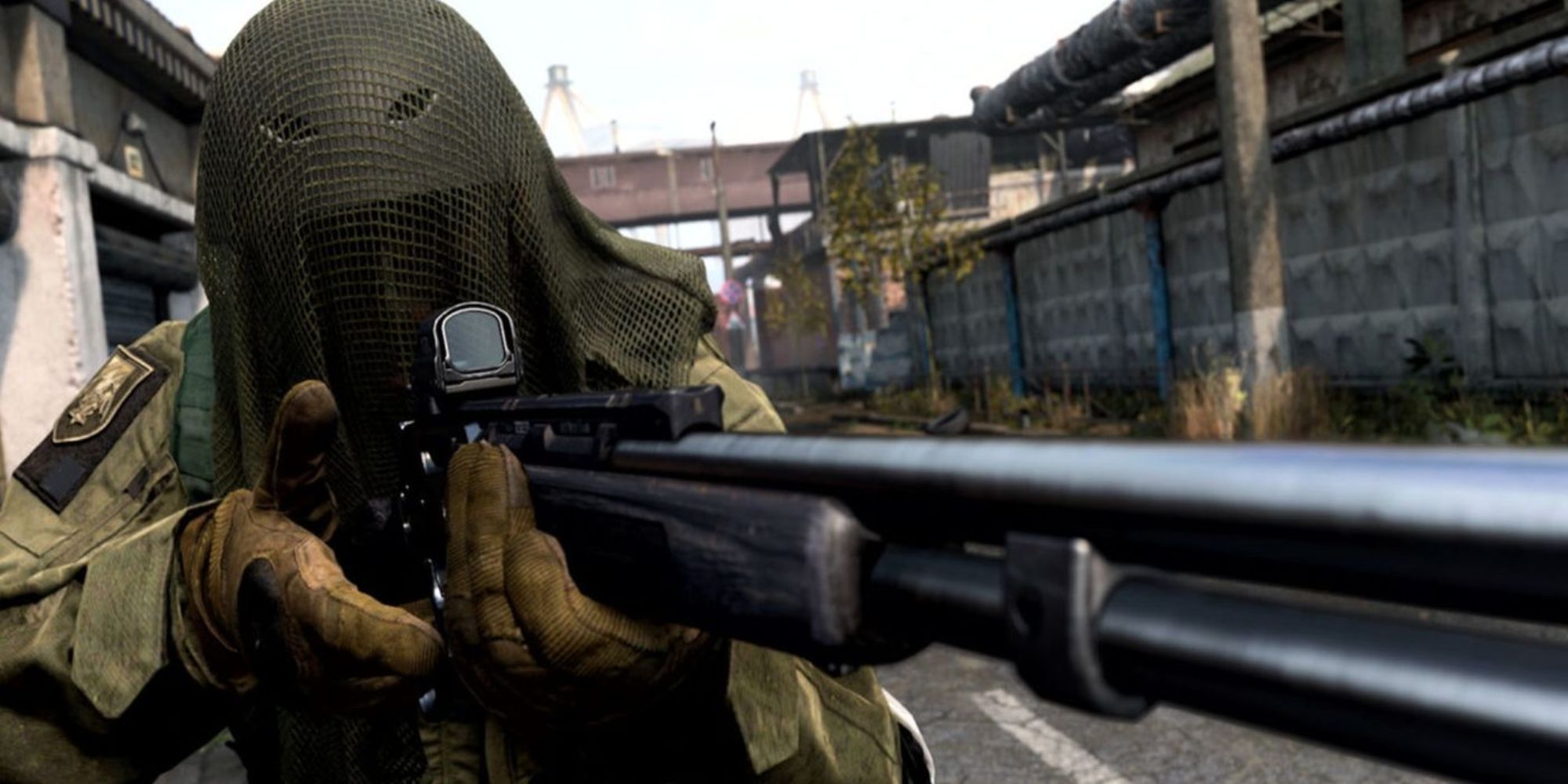 The shotguns in this game are incredibly beastly, which seems to be a remnant of Call od Duty: Vanguard.

Whether it be the Lockwood 300 or the Expedite, you may find yourself killed by a shotgunner enough to make a similar loadout. There's no shame in using their own tactics against them. Especially when it is so satisfying to demolish the enemy team with load after load of buckshot. 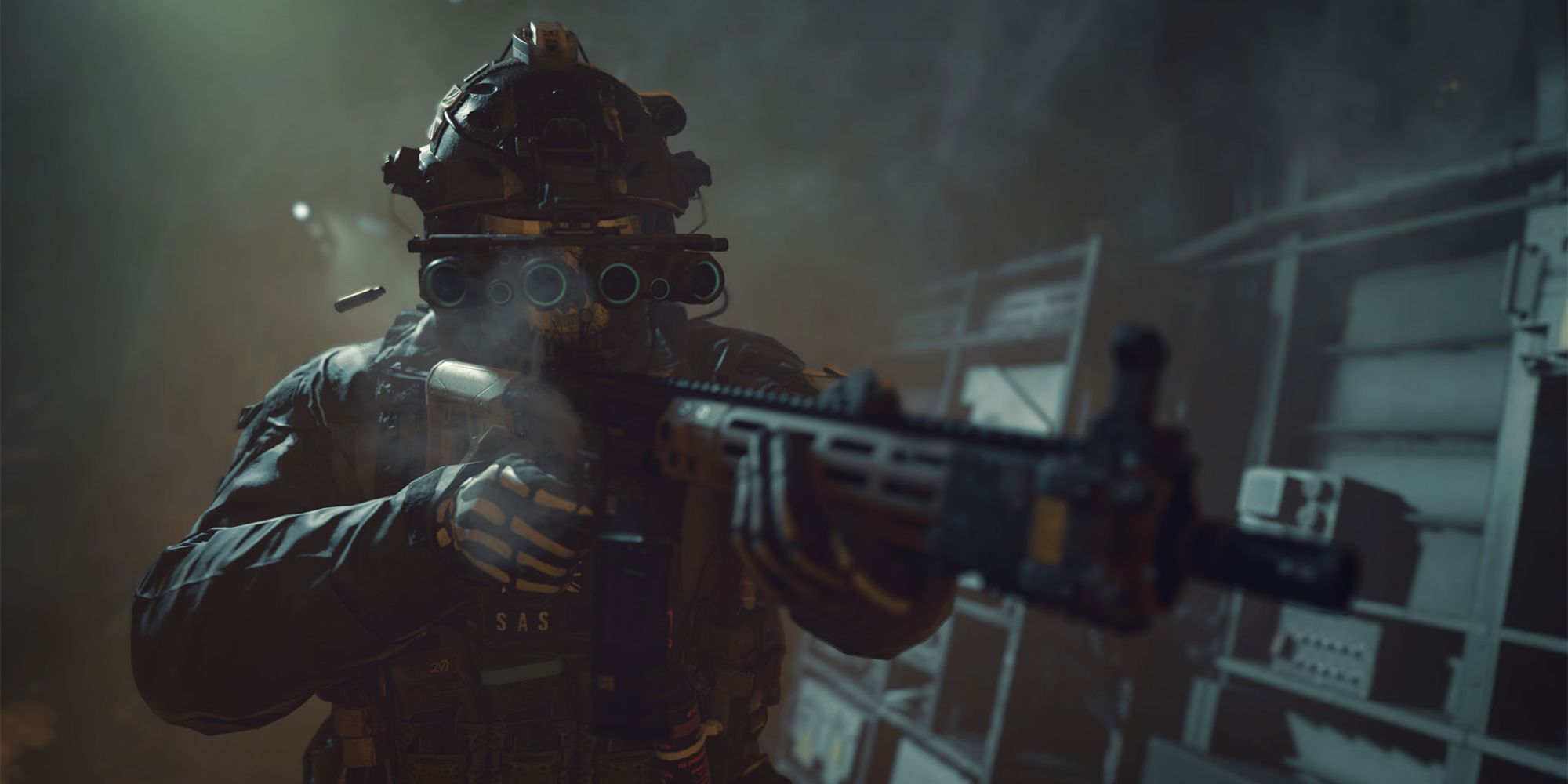 Whether it's that new sniper rifle or a certain type of camo you want for said rifle, everyone is guilty from time to time of grinding hard for something levels away. There's nothing wrong with the grind, whether it's for battle-pass or regular unlockables. Now, how hard you grind may be a whole other story. Just make sure you're drinking water and eating from time to time.

3/10 Get Annoyed With Shield Campers 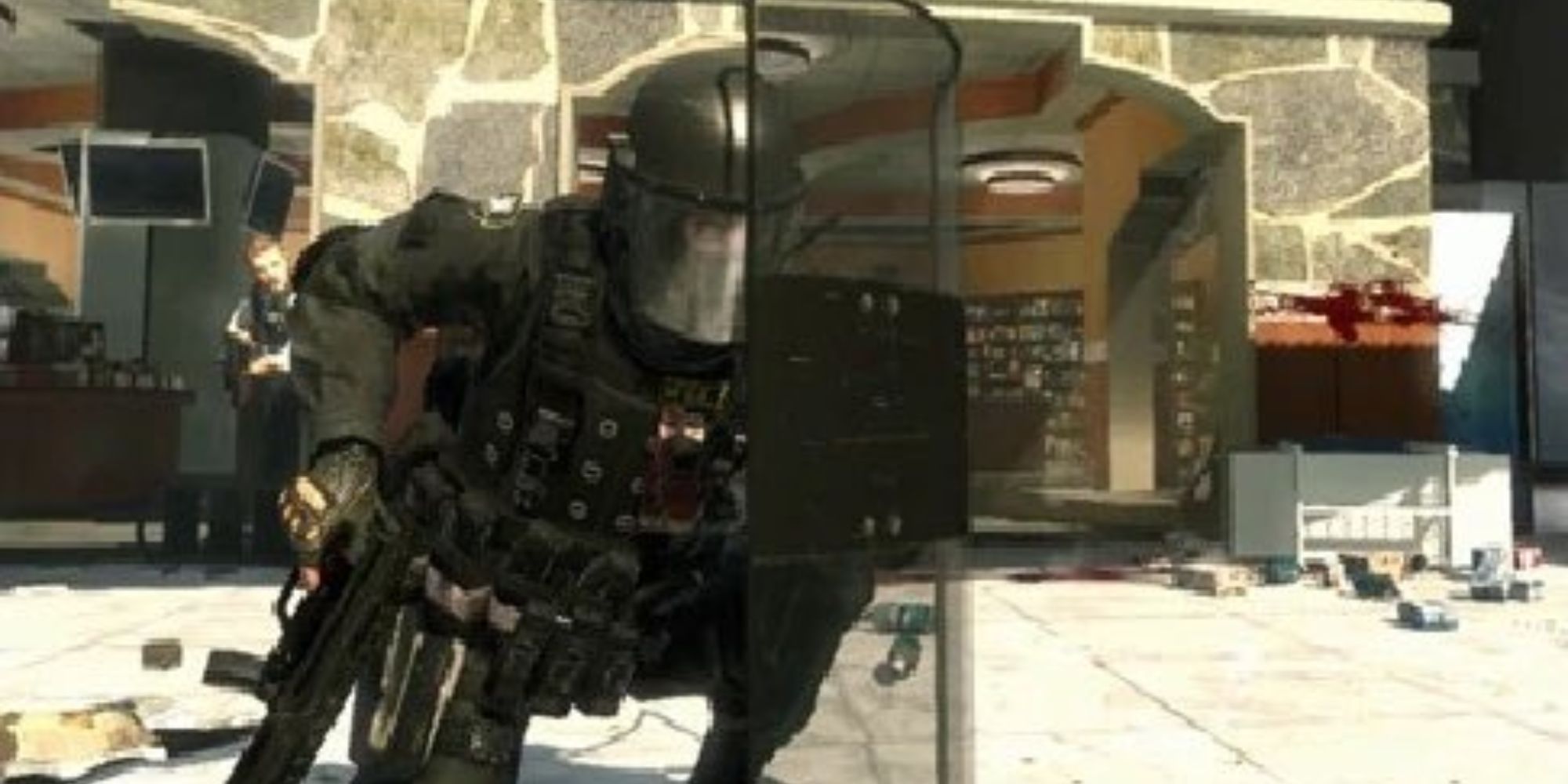 To some, they're the bane of all existence, while others may be a part of their ranks. Wherever you fall on the spectrum, you're for sure to encounter a shield camper at some point in multiplayer.

Thankfully, there are ways to deal with them and hopefully get a kill from them as you do. Whether it be the drill charge, shock stick, semtex, or so many other ways, there are different solutions around their antics this time around. So, don't worry too much; you aren't defenseless against their bulletproof shenanigans. That doesn't mean they still aren't a pain, though. 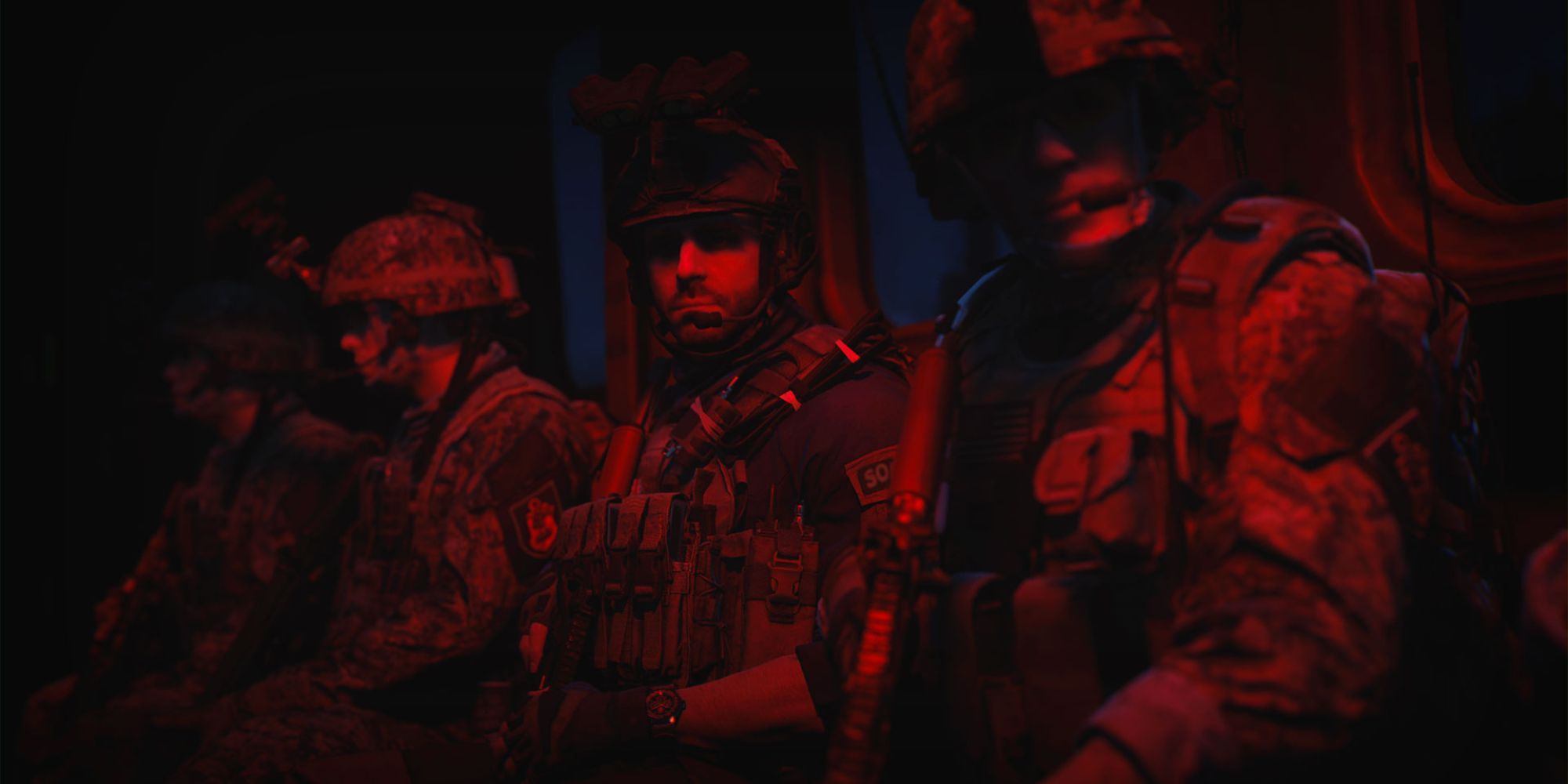 Maybe an over-exaggeration, but there have been some rough and gruesome moments in the COD franchise, and this game is no different. Moments that may not exactly be up to the Geneva Convention's ideals on war.

Whether it be gas in ventilation shafts, incendiary buckshot for your shotgun, or the hints that the scene at the end of the campaign was giving, there are some definitely questionable military choices made by Taskforce 141 in the game. In the end, Call of Duty isn't really known for pulling its punches when it comes to heartrending or gruesome moments.

1/10 Picking Up The Golden Guns 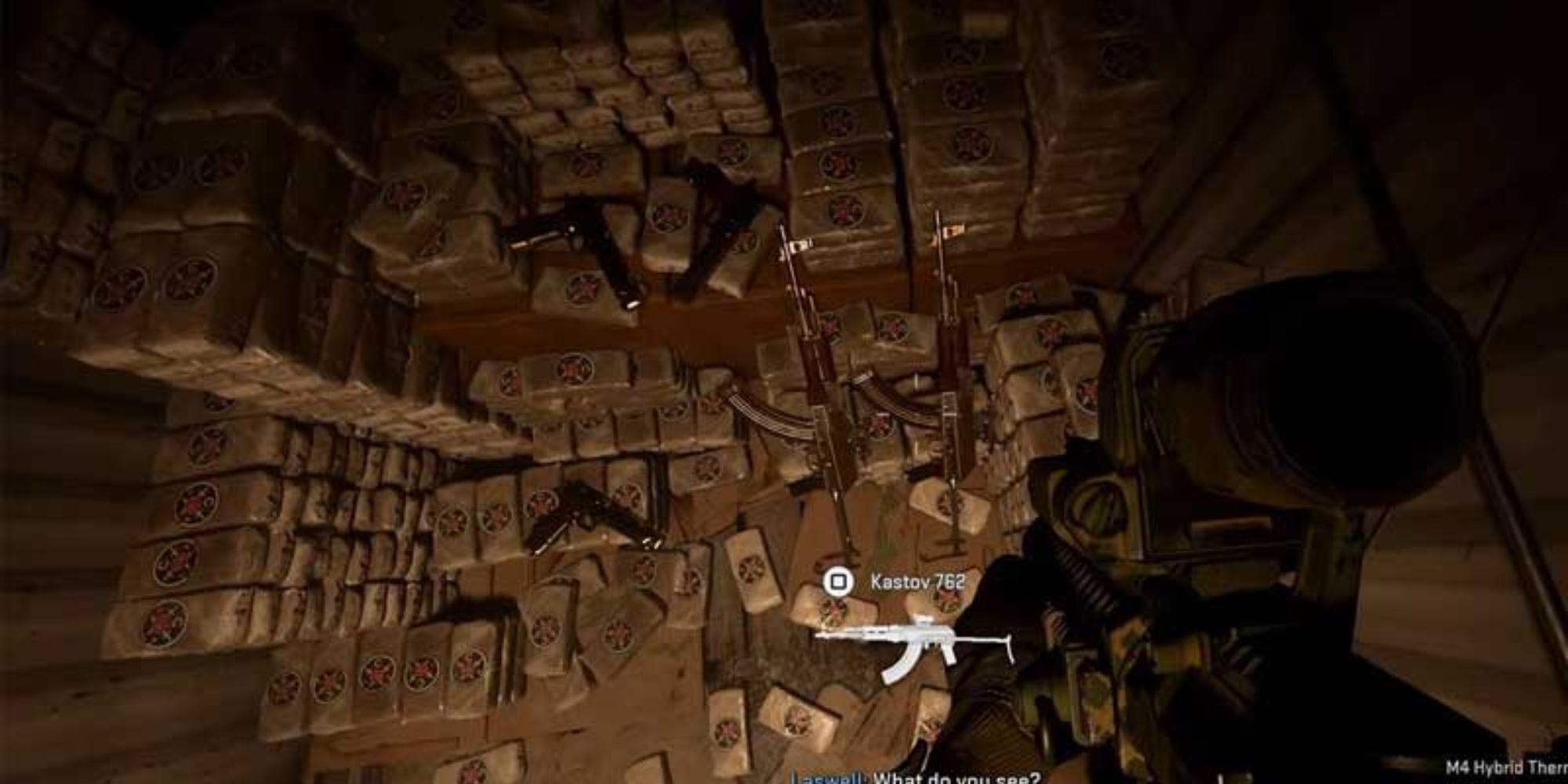 Whether in Recon By Fire or El Sin Nombre, the golden guns' appeal is nigh irresistible. They are an absolute beauty to behold. How could you pass up the favored weapon of your local warlord or gun cartel member? Walking around in a ghillie suit and a gold AK or desert eagle can be an absolute riot. Style points are just as important as tactics, right? Surely Ghost and the rest of the crew won't judge you. Well, not too much, anyway.