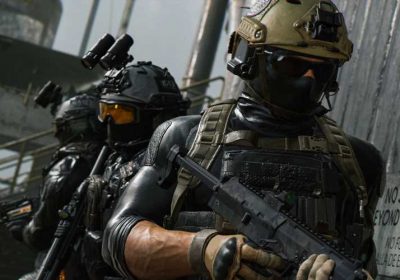 Call of Duty League Moshpit was supposed to arrive with Modern Warfare 2’s first season alongside other hardcore Tier 1 modes like Team Deathmatch, Domination, Kill Confirmed, and many more. Unfortunately, it seems like Call of Duty fans will have to wait a little longer to dive into a ranked competitive mode.

Modern Warfare 2 developer Treyach gave an update on Twitter to let players know that CDL Moshpit had been removed from today’s patch.

"Update: CDL Moshpit was initially expected to release today at the start of Season 01 multiplayer, but recently discovered issues with the mode will require a slight delay," wrote Treyarch. "Addressing these issues are our current top priority, and we'll update you on the timing ASAP."

Treyarch directed fans to Call of Duty: Modern Warfare 2's Trello board, which currently lists CDL Moshpit under "Multiplayer Known Issues." A fix is in progress, according to the board, but there's no other information available.

Without an official ranked mode for Modern Warfare 2, CDL Moshpit was going to be our only option for modern competitive Call of Duty outside of Warzone and third-party sites. Modern Warfare 2's actual ranked mode is scheduled to arrive in a future season, which means it won't be here until next year.

On the plus side, we do have Warzone 2.0, and players have noted a sweet easter egg smack-dab in the middle of the new Warzone map. In the middle of Al Mazrah, players will see a crane and some big stone blocks which look exactly like the Quarry map from 2009's Modern Warfare 2. Notably, Warzone's map is far larger than pretty much all previous Call of Duty maps, so Treyarch can actually fit the Quarry into Warzone's Al Mazrah with plenty of space to spare. '