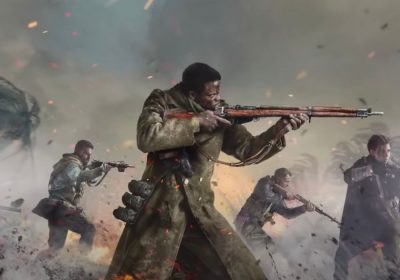 Call Of Duty: Vanguard will reportedly be released on the Playstation first, with tests said to be scheduled for this week.

Activision’s highly anticipated addition to the series will be set around the time of World War Two.

A teaser trailer was released today, August 16, showing the wreckage of military aircraft and battlefields strewn with barbed wire.

From August 27-29, an alpha test will be available on Playstation, Modern Warzone reports.

On September 10, an open beta will be added on Playstation for three days.

From September 16-20, an open beta will be available on all platforms.

The game is reportedly set to be released on November 5, with the first season beginning on November 23.

It may take place on the Eastern Front, the Western Front, North Africa and the Pacific, Polygon reports.

It will have three editions similar to Black Ops Cold War: a Standard Edition, Cross-Gen Bundle, and Ultimate Edition, according to Charlie Intel.

Activision has come under fire recently over allegations that female employees have been subject to sexual harassment and gender discrimination.

A lawsuit brought by California’s department of fair employment has accused the company of violating the US state’s civil rights and equal pay laws.

Part of the legal filing claimed: “Female employees almost universally confirmed that working for defendants was akin to working in a frat house.

"In the office, women are subjected to 'cube crawls', in which male employees drink copious amounts of alcohol as they 'crawl' their way through various cubicles in the office and often engage in inappropriate behaviour toward female employees."

CEO Bobby Kotick later said: “We are taking swift action to be the compassionate, caring company you came to work for and to ensure a safe environment.

“There is no place anywhere at our company for discrimination, harassment, or unequal treatment of any kind.”

To keep up to date with all the latest news stories, make sure you sign up to one of our newsletters here.