Capcom is getting in on the “classic” game, announcing the Capcom Home Arcade, a €229.99 plug-and-play arcade system featuring support for two players, and including 16 classic titles. If that price seems high to you, relative to emulator-based offerings from Nintendo, or even the FPGA-based solutions from Analogue, then … you’d be right. In exchange for your roughly $260 US dollars, you do get genuine Sanwa joystick parts, and emulation courtesy of the well-respected, open source FB Alpha emulator.

The Home Arcade measures roughly 29” wide, 8.5” deep, by 4.25” tall. It also includes built-in WiFi, to connect to a “worldwide High Score Leaderboard” so you can relive some of your arcade glory days, except on a stage larger than your local strip mall. Like other recent classic edition consoles, power is provided via micro USB, and the video is delivered via HDMI. Unlike other consoles, this is meant to be played in your lap, which means that USB cable and that HDMI cable just sort of run across your entire living room floor? 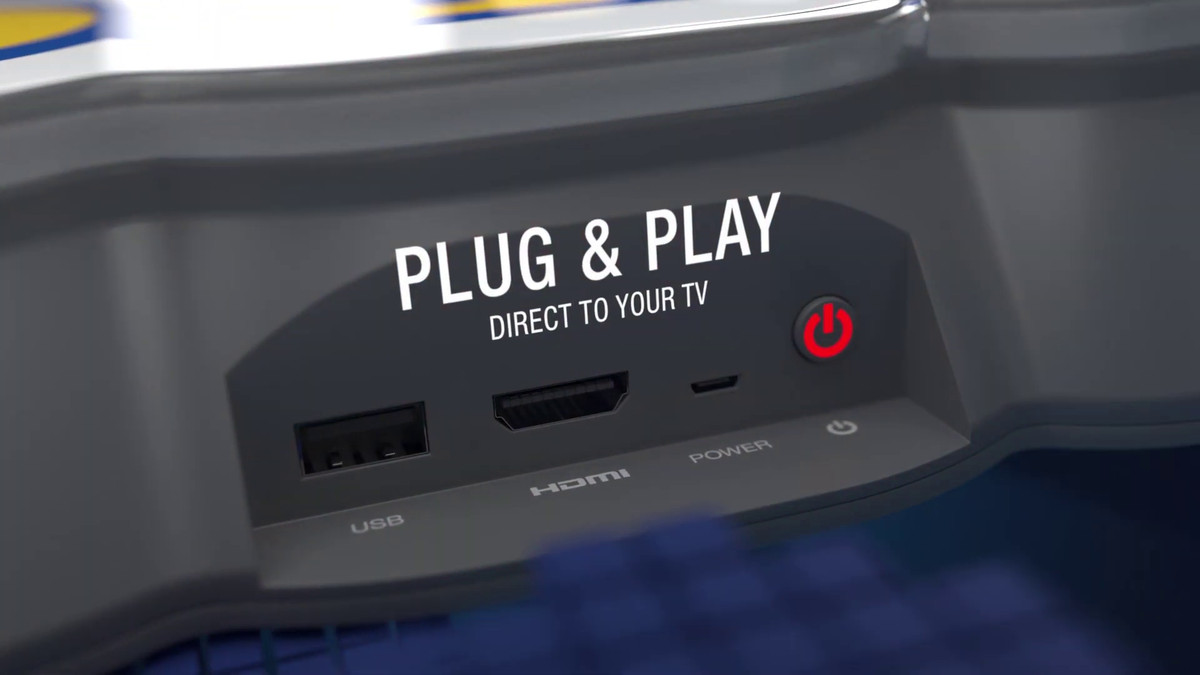 If you can get past the price, the awkward cabling, and the … enthusiastic branding, there are 16 games included here that, while you may have played some of them on a home console before, really shine in the arcade setting. That list is:

The list is certainly not exhaustive. The Capcom Home Arcade games are from Capcom’s CPS1 and CPS2 arcade boards, which had over 60 releases combined across the two platforms, including some notable titles like the initial Marvel vs Capcom games, X-Men vs. Street Fighter, Marvel Super Heroes vs. Street Fighter, and Marvel vs. Capcom: Clash of Super Heroes. It’s possible licensing issues have complicated Capcom’s relationship to these titles, but even excluding the licensed games it’s a highly curated list.

The Capcom Home Arcade is available for pre-order now, and will be available on Oct. 25 … at least in Europe. We’ve reached out to Capcom’s U.S. arm about availability here and will update this story when we hear back.