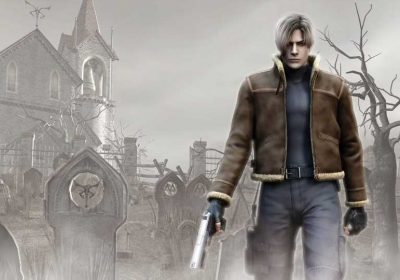 A press release from Capcom confirms that the game is arriving “later this year”. A release window for the game wasn’t confirmed during yesterday’s Resident Evil Showcase event.

Facebook’s Mike Doran recently teased that there were big game announcements in-store for Quest, and this certainly fits the bill. But Doran also suggested that many of these reveals were years out. Getting Resident Evil 4 in VR is a pretty good way to tide people over until those other announcements, then.

This will be a full port of the classic survival horror shooter for the Oculus Quest 2. The game will switch from third to first-person and let players aim with the Oculus Touch controllers, too. It’s developed by Armature, which is best known in VR for its work on Fail Factory and Sports Scramble. There’s still a lot to learn about exactly how it will work but, for now, you can catch the first glimpses of gameplay in the video above.

Yesterday we also confirmed that the game is a full Oculus Quest 2 exclusive, meaning it’s not coming to Quest 1, either. More details are set to be revealed at the Oculus Gaming Showcase on April 21st, so hopefully we might find out some solid information about release dates then. Expect more gameplay a new details, too.

Will you be picking up Resident Evil 4 VR later this year? Let us know in the comments below!