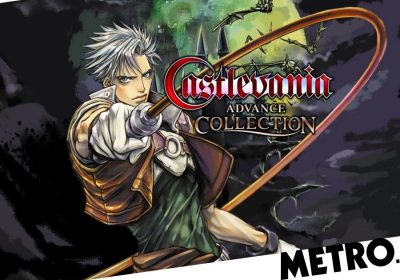 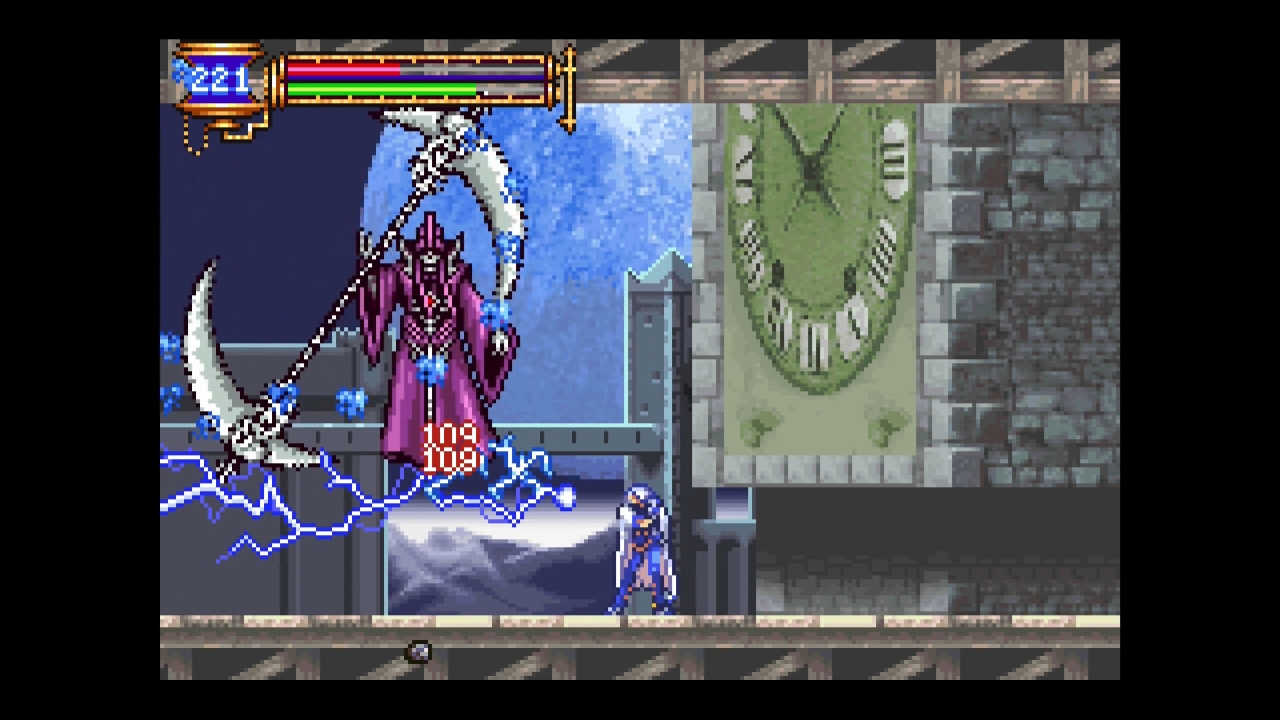 Konami’s new compilation of classic Castlevanias includes what many consider the best entry ever but how do such old games hold up today?

In our recent preview of Metroid Dread we noted how the two games that the Metroidvania franchise is named after are almost unknown to modern gamers. Next month Metroid gets its first genuinely new entry in 11 years, while Castlevania, despite vague rumours of a new game, is yet to end its seven year dry run. In the interim though, both series have received various remasters, remakes, and re-releases, with 2019 compilation Castlevania Anniversary Collection including most of the franchise’s most notable early titles.

That release did leave plenty of room for a second collection, with Rondo Of Blood and the seminal Symphony Of The Night the most obvious omissions, but whether that will ever happen remains unclear. For now, Castlevania Advance Collection contains three former Game Boy Advance titles and one bonus SNES game. That may not sound like much, and playing Game Boy Advance games on a 50” TV screen does seem a bit absurd, but the collection’s most renowned title has a good claim to be the best Castlevania game ever made.

We should say straight away that playing any of the three main games on a giant TV really is pretty silly and we’ve reviewed all these in portable mode on a Nintendo Switch – and even then the screen’s too big. The original Game Boy Advance model had a tiny 2.9 inch screen, a resolution of 240 × 160 pixels, and no backlight. Despite such prehistoric technology though it played host to some classic games, as this collection ably proves.

With experts M2 on board there’s no question about the quality of the emulation but we do wish they’d added a few more display options, including shrinking the image so it’s the same size as the Game Boy Advance used to be. If you use the pixel perfect option though all three games still look good enough, as long as you bear in mind their age and the limitations of the original format.

The first game, released in 2001, is officially subtitled Circle Of The Moon but, like multiple other entries in the series, was marketed simply as Castlevania in Europe. Symphony Of The Night was only four years old at this point and while all the Game Boy Advance titles follow closely in its footsteps Circle Of The Moon still tries to come up with a few new ideas of its own. Well, okay… one new idea.

If you haven’t played any Castlevania (or Metroidvania) before the formula is fairly straightforward, as they’re all 2D platformers set within an expansive, essentially open world, map which you only have limited access to until you collect new abilities and weapons. These allow you to, for example, double jump onto higher ledges or push heavy blocks out of the way.

Unlike Metroid, the post-Symphony Of The Night games also have a role-playing style levelling system and collectible apparel that affects your stats and makes level grinding a constant temptation (and a necessity for Circle Of The Moon, which has a nasty mid-game difficulty spike).

Circle Of The Moon is an enjoyable romp but the only notable wrinkle to the formula is the Dual Set-up System (DSS) where you collect two types of cards from defeated enemies, that allow you to activate special abilities such as a flaming whip or one that sprouts thorns and roses. The problem with this is that not only do these extra abilities rarely make much practical difference but the cards only drop at random and you can easily get most of the way through the game without picking up any of the interesting ones.

One benefit of playing Circle Of The Moon on a modern console is that because the original Game Boy Advance didn’t have a backlight it was actually very hard to make out what was going on unless you were sitting directly under a light source. This problem was acknowledged in follow-up Harmony Of Dissonance, where the main character is surrounded by an ugly fluorescent blue line (which we wish M2 had added an option to remove) and the background graphics are noticeably more colourful.

Harmony Of Dissonance is a particularly slavish attempt to copy Symphony Of The Night, with the only attempt at innovation being a light/dark world feature involving two similar but not identical layouts of the castle you’re exploring. You can also augment the tradition sub-weapons with elemental attacks, but that’s about as imaginative as the game gets. Which is not to say it’s not fun, it’s just very unoriginal and extremely easy – to the point where you begin to wish it had a difficulty spike too.

The first two games are mere appetisers though and the real jewel in the crown of the collection is Aria Of Sorrow. It too owes a large debt to Symphony Of The Night but it’s immediately obvious that it’s also trying to do things differently, with a near future setting, a brand new protagonist, and an evolution of the DSS system from Circle Of The Moon called the Tactical Soul ability.

This allows you to absorb the souls of almost every different kind of enemy in the game, in order to gain one of four categories of ability: projectile weapons that replace the traditional sub-weapons; souls that offer stat boosts and minor new abilities like immunity to poison; souls that allow you to summon helper creatures or transform into other forms like bats or demons; and, finally, special souls, usually obtained from bosses, that enable key abilities like swimming underwater.

Tactical Souls introduces so many abilities you needn’t ever play the game the same way twice (there is a New Game+ mode to prove just that) and it’s combined with the best level design and boss battles of any of the three games, with some excellent graphics that are not nearly as garish as Harmony Of Dissonance.

The fourth game is essentially a bonus: what was known in Europe as Vampire’s Kiss but in the US as Dracula X (you can play the Japanese, American, or European versions of all four games, which is a very welcome option). It has the best graphics of the bunch, since it was a late era SNES game, but despite being an adaptation of PC Engine title Rondo Of Blood – another candidate for best Castlevania ever – it’s a considerably less interesting game, with most of the non-linear elements removed and the difficulty turned up to 11.

Vampire’s Kiss is only a bonus, but it has very little in common with the other games, as it’s not a true Metroidvania. It’s tempting to say the three Nintendo DS games should’ve been included instead, especially as one of them is a direct sequel to Aria Of Sorrow, but given the sensibly low price that can be forgiven and a sequel collection would be very welcome.

As well as that though, Konami also needs to revamp and re-release the Castlevania Requiem mini-collection, which includes the all-important Symphony Of The Night and Rondo Of Blood, but far more important than that is, of course, a new game. There’s still no proof that the rumours of a new PlayStation 5 game are true but also no guarantee that it would be better than Aria Of Sorrow, which despite its age and simplistic technology remains one of the best Metroidvania titles of all time.

In Short: A very narrow selection of games, from a format that does not work well on modern TVs, but Aria Of Sorrow in particular stands out as one of the best Castlevania games ever made.

Pros: All three Game Boy Advance games hold up surprisingly well in gameplay terms, despite the ancient technology, and Aria Of Sorrow is a stone cold classic. Sensibly priced.

Cons: Harmony Of Dissonance is not great and Vampire’s Kiss is outright bad. Too few museum features and some extra screen options would’ve been welcome.