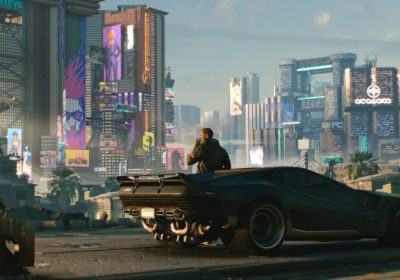 Cyberpunk 2077 is having a bit of a resurgence at the moment. CD Projekt Red’s 2077 anime, Cyberpunk: Edgerunners, developed by Studio Trigger and Netflix is out (as of today!) and the Phantom Liberty expansion for the game is due out next year. While Phantom Liberty has been confirmed to be 2077’s first and only expansion, it seems CDPR is not yet ready to part with this world.

During the CD Projekt Group H1 2022 earnings call, CDPR’s vice president of business development Michał Nowakowski said the studio is committed to doing more with this IP, as reported by IGN.

“We decided to develop one major expansion for Cyberpunk, which is going to take advantage of all the capabilities of the new-gen consoles,” Nowakowski said during the call. “Having said that, we’re totally, fully committed to developing the Cyberpunk IP further, beyond this particular Cyberpunk expansion. We’ve put a lot of effort and time into building this franchise and we definitely want to continue to build upon what was built right now – with new stories, new experiences, new content, basically. Not just the video game format…in terms of expansions, there’s just going to be one major expansion. However, there’s going to be new stuff in the future.”

As for what exactly, only time will tell but considering a Cyberpunk 2077 anime is already out, perhaps the studio is looking to dive more into the entertainment medium with this IP. As IGN notes, there’s also The Molasses Flood, a Boston-based studio that CDPR acquired earlier this year, which is working on an existing CDPR IP. This could be something related to The Witcher, of course, but perhaps it’s something related to 2077.

In the meantime, read about why now is the right time to play Cyberpunk 2077 and then read about what to expect in next year’s Phantom Liberty expansion.

How should CDPR further develop its Cyberpunk IP? Let us know in the comments below!