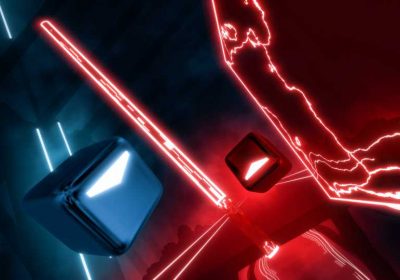 Beat Saber is officially coming to PSVR 2, confirming what many have long expected.

Revealed during Sony’s CES 2023 keynote, Sony Interactive Entertainment CEO Jim Ryan confirmed the news alongside Gran Turismo 7’s free PSVR 2 update. “I’m happy to announce that one of the VR games that defines the medium is in development for PSVR 2; Beat Saber,” Ryan stated, though no further details were announced. “We’ll have more information to share in the near future.”

Despite Meta acquiring Beat Games several years ago, it’s little surprise that Beat Saber’s heading to Sony’s new headset. First released in 2018, it’s been a chart-topper ever since on PSVR, and PlayStation Blog confirms it’s still No.1 in North America as of November 2022. While multiplayer support on PSVR faced significant delays, Beat Games continues supporting it on each platform through free updates and DLC packs, including last month’s Rock Mixtape.

No release date was provided for Beat Saber on PSVR 2 and cross-buy support remains unconfirmed, which would provide owners of the original PSVR release with a free upgrade. We’ll keep you updated as we learn more.