Check Out Slitterhead, The New Game From Silent Hill's Creator 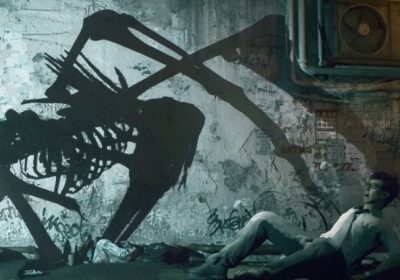 The trailer opens with a man walking down a typical city alley before running into a woman. Shortly thereafter, we get our first glimpse at what is ostensibly a Slitterhead, as the woman’s face tears open and her body mutates into a skeletal monstrosity. From there, a bizarre compilation of scenes plays, including, but not limited to, police being chopped in half by similar skeletal beasts, a man in a motorcycle helmet conjuring blood into a sword, another man in his pajamas falling through the sky, and more. We end on a shot of a densely-packed apartment complex as a plane flies closely overhead, before zooming in on an older woman whose face has torn open – much like the others – though this time it shuts, leaving the woman looking normal.

Check out the full trailer below:

Aside from what we saw in the trailer, we don’t know too much about Slitterhead, other than what Toyama’s hinted at in past interviews. Back in June, it was revealed he was working on a choice-driven game. In December 2020, Toyama told IGN Japan his next project (ostensibly this one) would be released in 2023.