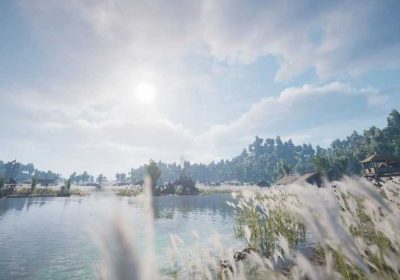 The open-world sandbox game has been popular for some time. This year saw the likes of Valheim become another success as millions of players found the setting and sense of building progression a draw. The genre can tempt many PC gamers, especially if the developer finds the right riff on the theme. Now there is a new riff on the genre, in Myth of Empires, which has been a best seller of late.

Valheim is known for its slightly spooky Viking world that is accessible yet also beautiful, in a decidely lo-fi kinda way, while the building mechanics are rightly lauded since it offers an intuitive amount of customisation. Myth of Empires, as the name suggests, allows players to think bigger.

Developed by Chinese indie studio, Angela Game, the Suzhou-based company has created an open-world sandbox survival RPG where the premise is to build an empire from scratch. It has a similar dynamic weather system to Tribes of Midgard and a full complement of hostile creatures like Ark: Survival Evolved, only the animals in Myth of Empires are more recognisable, such as leopards and deer. Players can take on other players or against the environment as they survive and earn resources. One day you can lead armies into battle from a fortress city.

But what makes Myth of Empires a little different is its setting: an ancient continent that resembles eastern Asia. There are woods and steppe that could be western China or Mongolia, and rugged mountainsides that can hide a budding settlement and soldiers training to take over neighbouring villages. The visuals are pretty good, with graphics reminiscent of Assassin's Creed Valhalla.

At the time of writing, Myth of Empires remains in the top 40 games on Steam's top sellers page, with much better known titles such as The Witcher 3 and Days Gone sitting just above it. For a game from a Chinese indie studio Myth of Empires is doing well considering its English language support could be improved somewhat with better translations. For those looking to get stuck into an ancient eastern continent, Myth of Empires is currently in Early Access on Steam for PC.