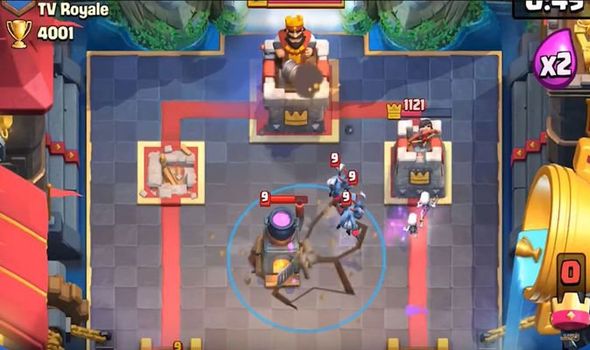 The next Clash Royale update is going to be a big one, with developers Supercell confirming that unique game modes and the Trophy Road expansion are included.

This news came in a new video preview, which also included a release date clarification, following a post suggesting that the new April update would land today.

However, a later message revealed that this had been a mistake, adding: “The original video said the update was coming today. It isn’t!

“My bad. I hope you enjoy the update news and stay tuned for the update that will be coming VERY soon!”

The video in question revealed a lot about the new expansion, which will add new game modes and cards to Clash Royale.

We know that CRL 20 Win profile badges will be handed out at the same time as the update drops.

We have also learnt that a new, streamlined progression system for Ladder (1v1) is being added with the big April update.

But the big news is regarding those new game modes and Trophy Road being released very soon.

Arenas will still be used to unlock cards, but now fans will be able to pick up rewards every 50 Trophies earned.

The more Arenas you unlock, the better the rewards you can earn through Trophies.

These rewards could be a number of things, such as Chests, Cards and Gems, and they should be available to view while sifting through the various layers.

New Game Modes include Elixer Rush and Dragon Hunt, both of which have their own special rules.

Elixer Droplets will be available to the team that controls the middle area of the map, while Dragon Hunt will include its own gameplay bonuses.

This again will see players fight to control the middle of the room, where a Dragon Egg can be attacked.

The player who manages to smash it open will get rewarded with a Dragon ally, something that will no doubt help win the game.

When it comes to the final release date of the Clash Royale April update, Supercell hasn’t provided a fixed day.

However, based on their latest posts, it seems likely that it will drop later this week.

So it will be worth checking the Google Play Store for the new update, starting tomorrow, April 15.

You can find out more about all the significant changes coming to Clash Royale this month via the new patch preview video posted by Supercell.