Home is where your heart is — and also maybe where all your stuff is if you’ve gotten the hang of base-building in Conan Exiles. It’s a survival game where, like most other survival games, having no home means you’re prey. That’s why building your base is a rather important aspect of gameplay in Conan Exiles — it’s one of the few things that scale well into the late game.

Consequently, it can be such a rushed necessity to fulfill shelter in your exile’s hierarchy of needs that you might end up building a sub-standard shade. All it takes is one measly big bad wolf to blow away that house of straws and gobble up all the treasure inside. You don’t want to be that little pig in Conan Exiles. So, take it from the pros and build yourself a good base, which will be easier as we impart some base-building tips that will help turn your shelter into a fortress. 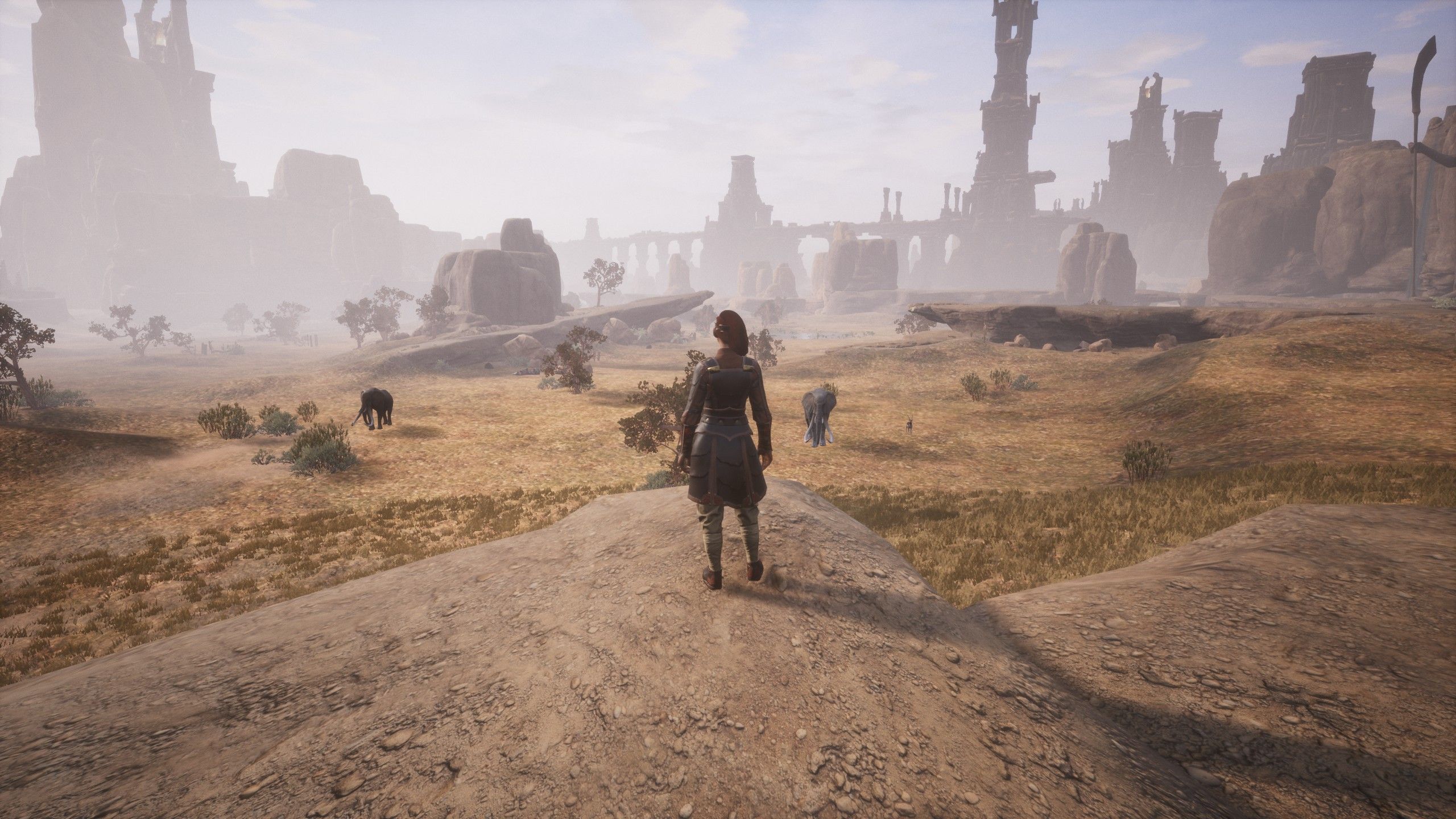 Big dreams tend to stay as they are and the same holds true in Conan Exiles if you try to shoot for the stars. A big base, especially in the early game or lower levels, will likely have poor defenses due to the lower tier materials.

For that matter, you’ll want to keep things manageable by only living within your means. A small base is also easier to defend and looks less appealing to raiders, so your chances of turning it into a big home later are actually higher this way, in a sense. 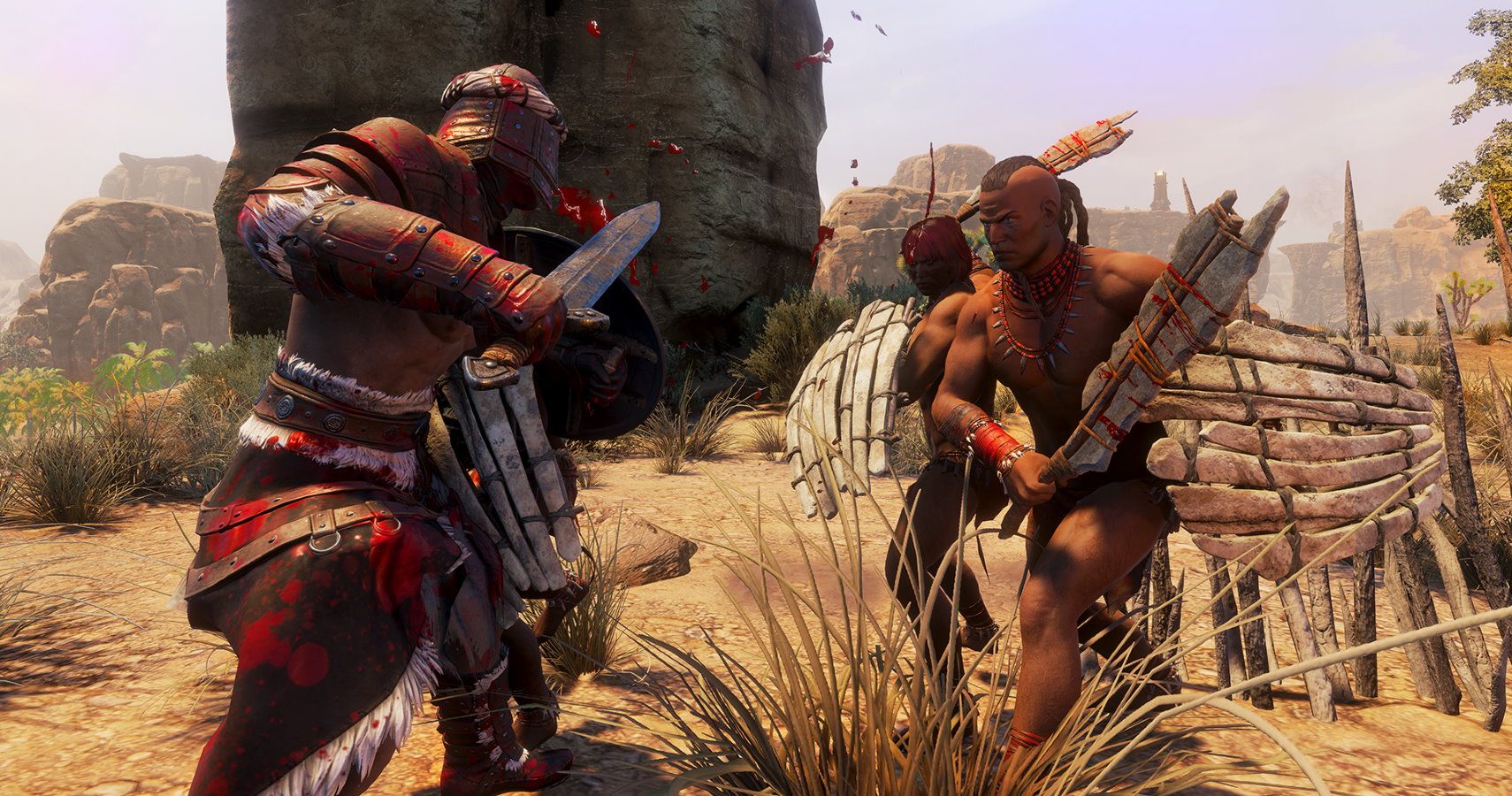 Speaking of strategic positioning — a base out in the open is quite bad, as it can be attacked from all angles. For better base building common sense, you’ll want something with only one entrance, ideally. Additionally, you’ll want to make sure it’s a chokepoint — a spot where invaders can get stuck and you can pick off the ones at the front easily. This is so you can easily defend the base.

That’s why looking for a cave or a roofed area with as few entrances or exits as possible is a good idea for base planning. Fewer entrances and a single chokepoint means the base is deadly to raid and can dissuade other players if you’re on a PvP server.

8
Pick A Location With Natural Walls 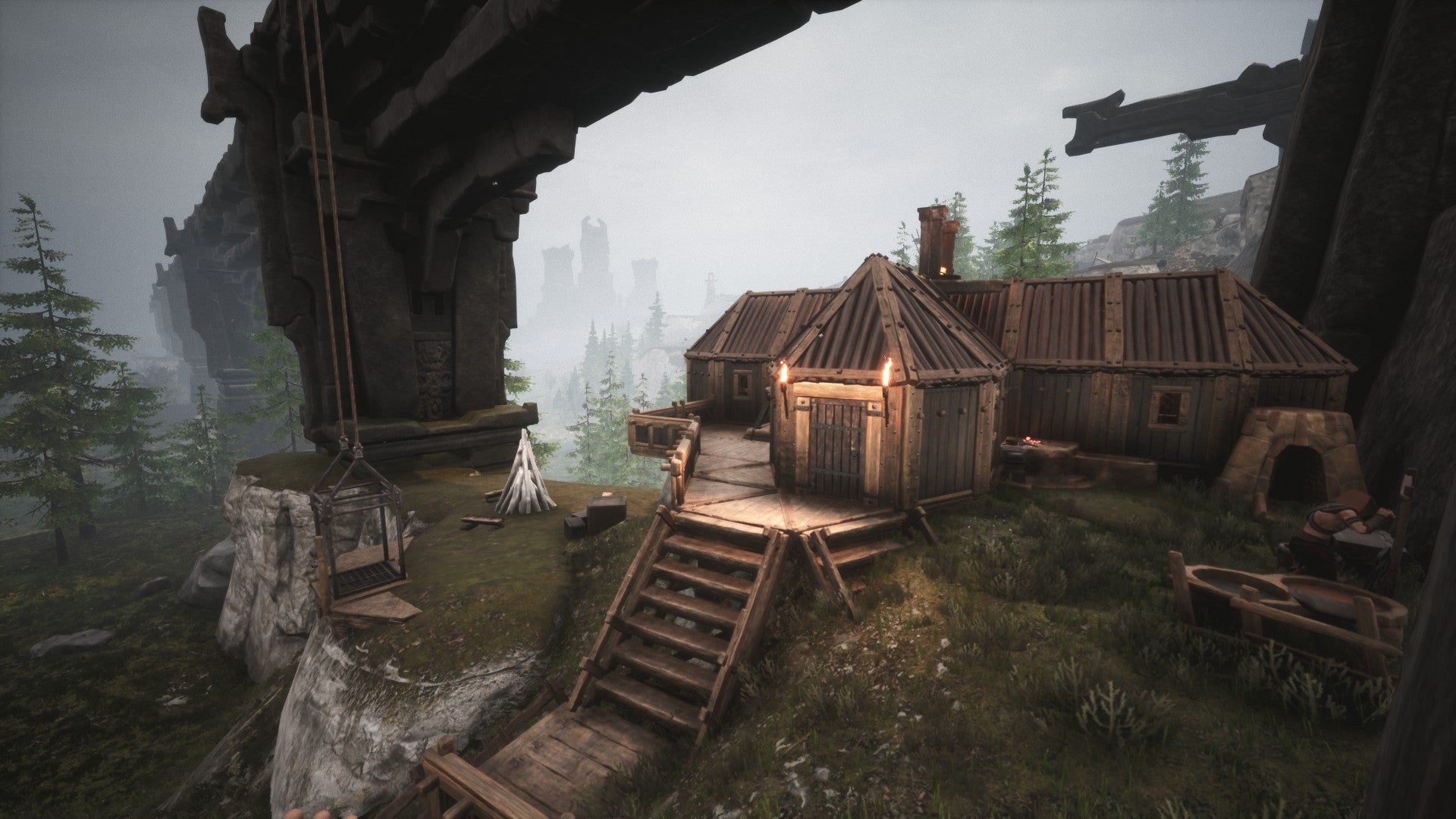 In addition to minimizing the number of chokepoints or assaultable angles in your base, you want the best kind of walls in Conan Exiles: environmental. Those can’t be destroyed and will also reduce the number of resources you need for building.

That’s why many experienced Conan Exiles players prefer to stick their bases to a mountain or hillside. That not only reduces the number of assaultable sides for your base, but also guarantees that at least one side of your perimeter wall is invulnerable. 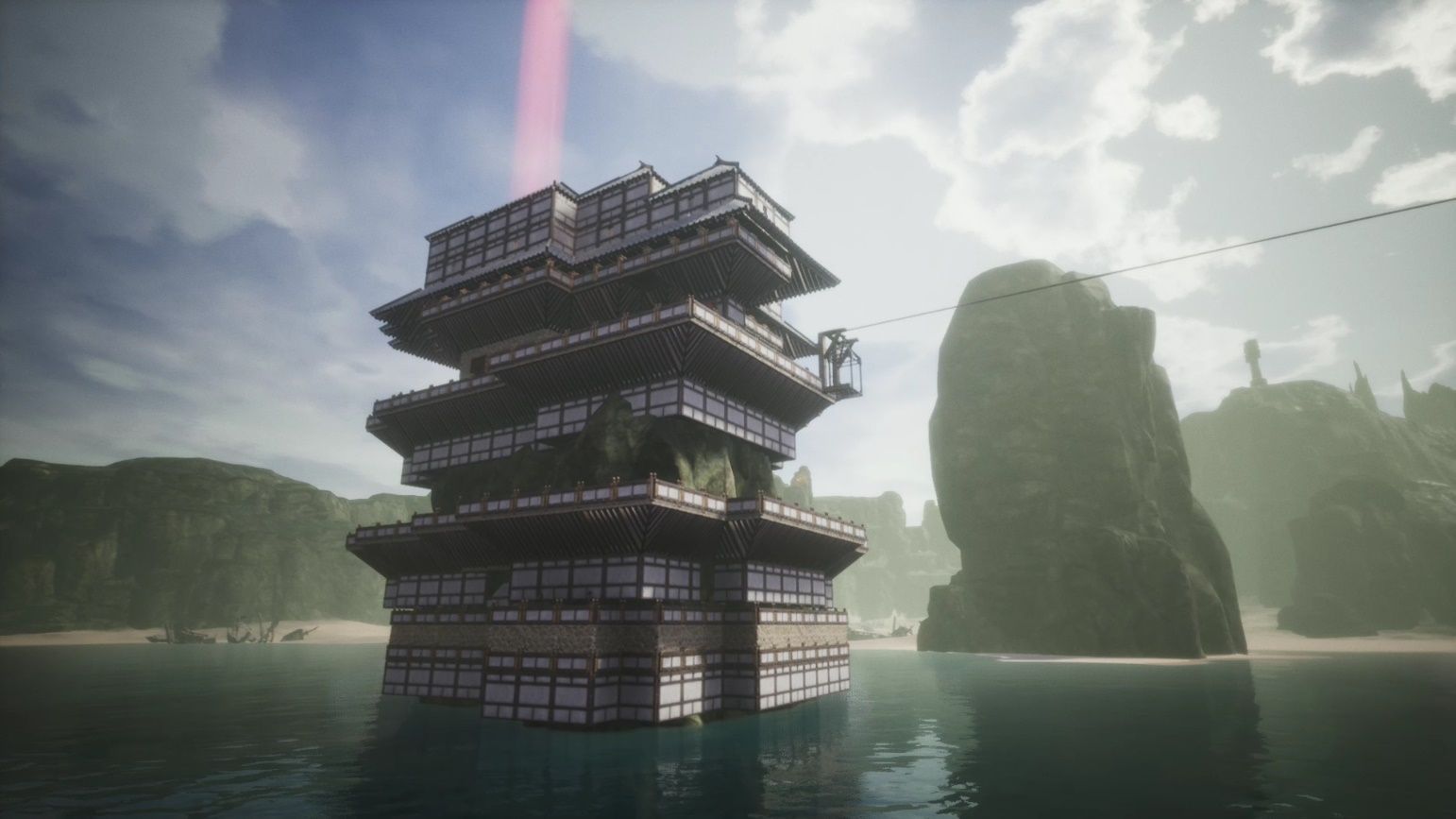 One of the most common ways of raiding a base in Conan Exiles is by scaling the walls and then attacking everyone inside. Other times, players drive holes in them. That’s why building vertically instead of horizontally is a good strategy.

It ensures that your base raiders will waste as much time as possible trying to penetrate the defenses. The structure’s architecture itself is the defense. If you can’t build high just yet, then you can also pick a high place to build your bases such as a tall shrine or a mountain or cliff-top. 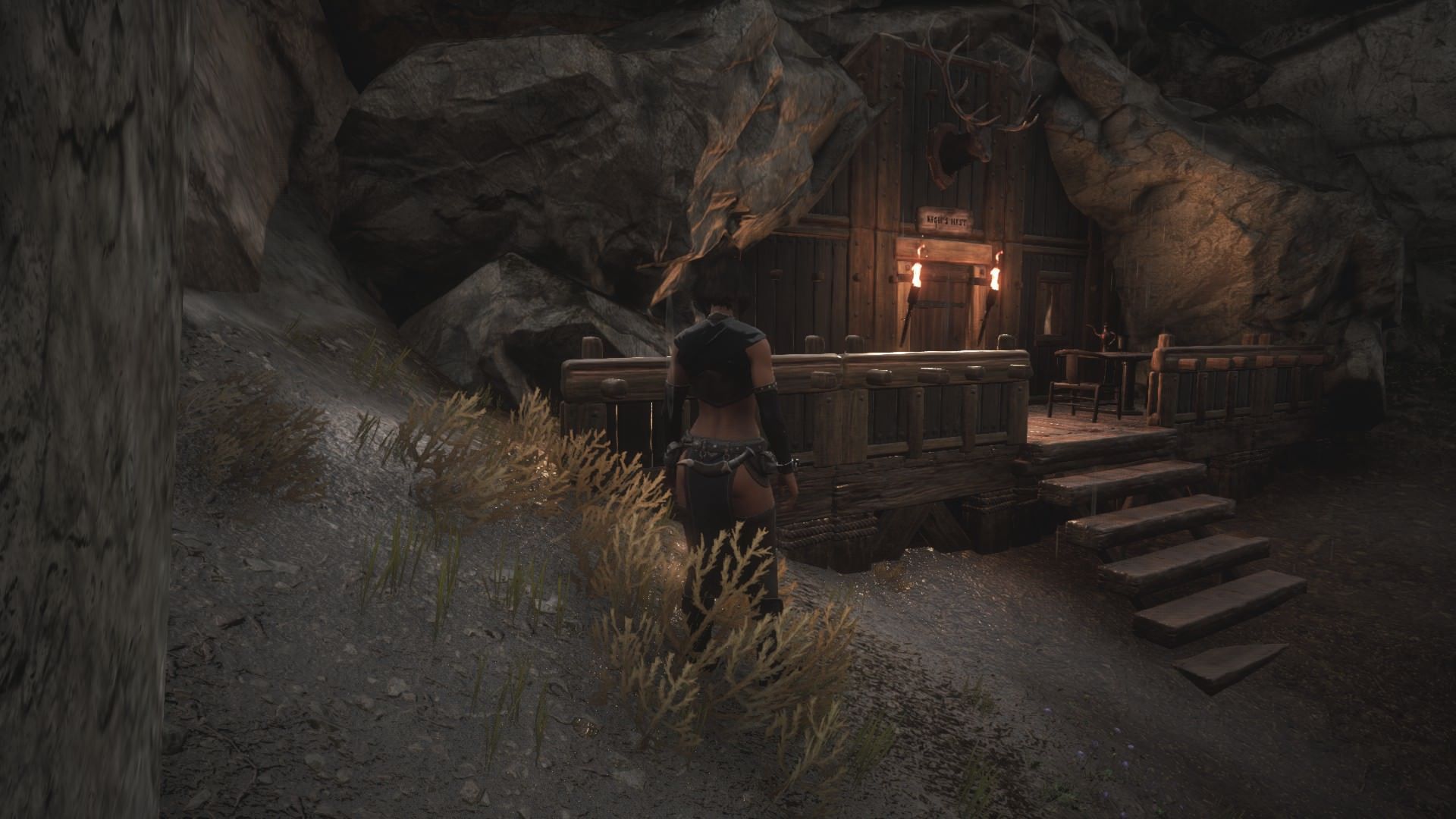 Windows do provide tactical advantages as you or your thralls can shoot outside or see incoming attacks, but this is a double-edged sword. Windows also provide a window of opportunity for raiders to enter easily or see what you’re keeping inside a particular room.

Even worse, they can grab some of your stuff through the windows, eliminating the need to kick the door down or break down some walls. For safer measures, make sure that your windows don’t have anything valuable near them. Better yet, you can forego the idea of windows altogether and just head outside if you miss the sunlight. 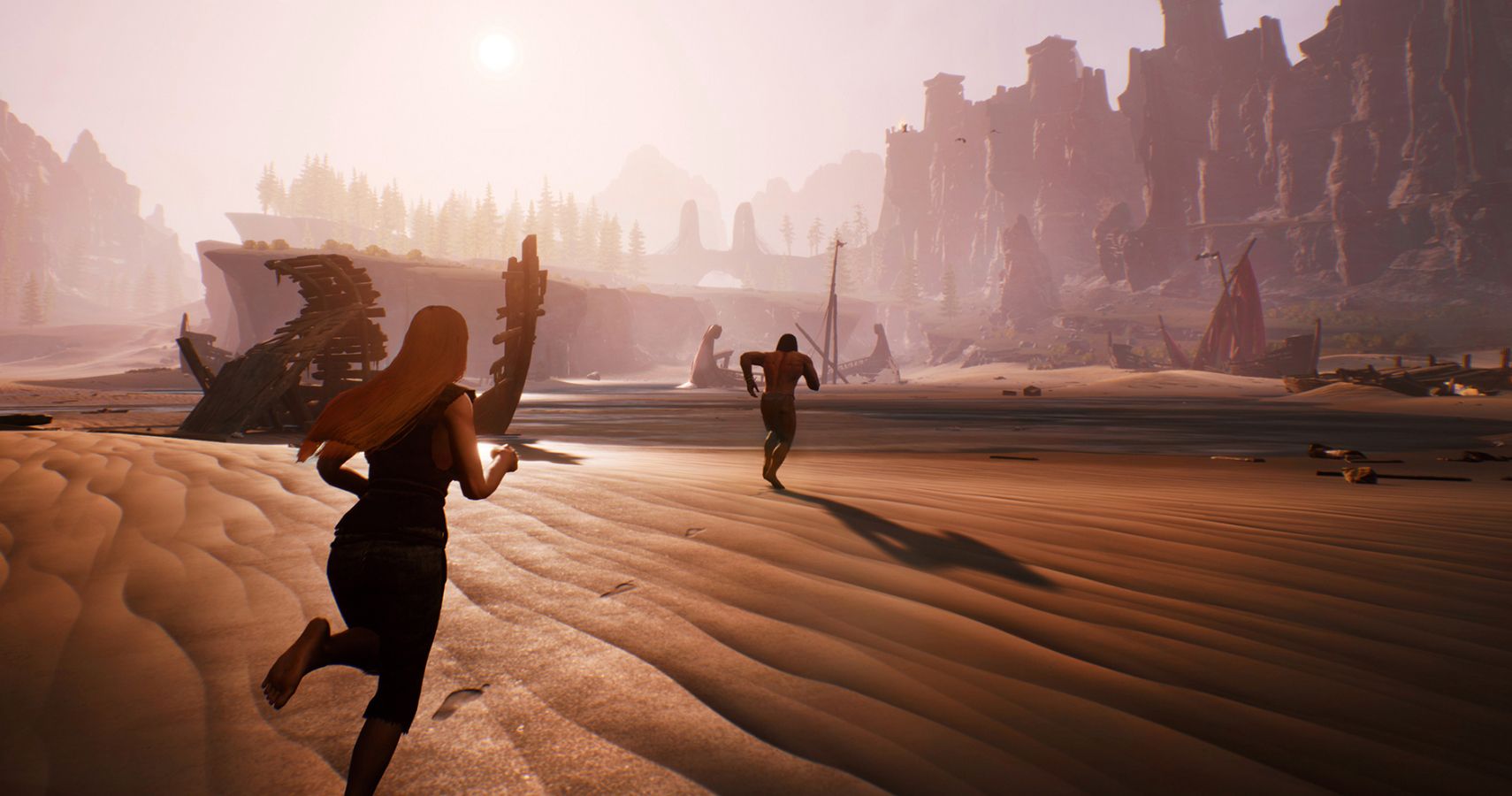 So how exactly do you know your base is good enough if players aren’t actually attacking it? Well, apart from the fact that the design and location might have dissuaded others already, you can also do some mock raids.

Put yourself in your enemies’ shoes and pretend that you want to raid your own base so you see any potential weaknesses you can cover up in the process. If you have friends, you can ask them to do the mock raid instead. This way, you can have a different perspective on base building.

4
Have More Than One Base 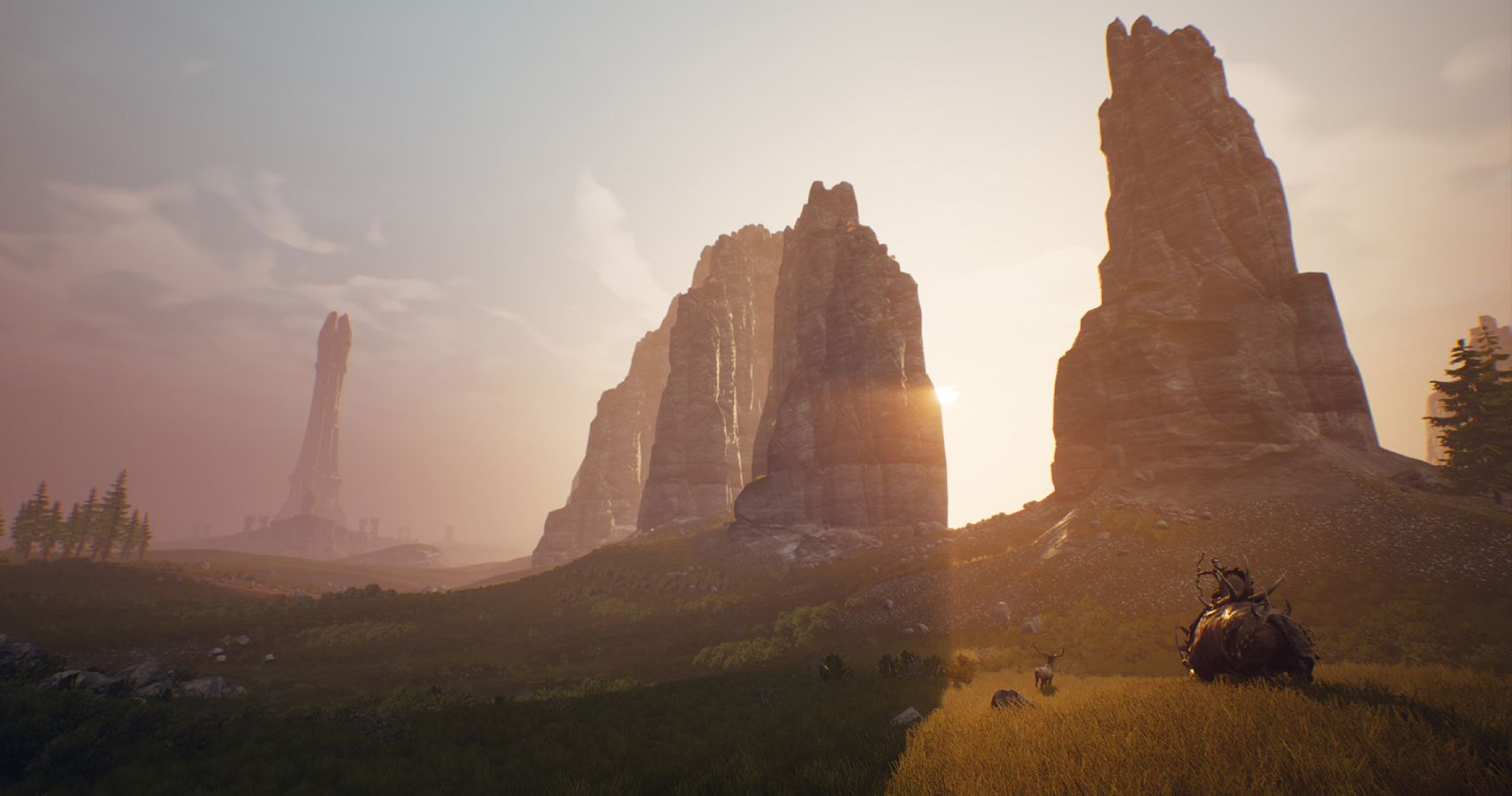 Of course, no base is impregnable in Conan Exiles, and it pays to prepare for failure no matter how confident you are with your creation. Having only one base in the game is a disadvantage, especially if it’s where you keep all your stuff.

It’s best to assume the worst in Conan Exiles and start building backup bases. Spreading out your treasures and valuables across several bases ensures that recovering from the damage of an invaded base isn’t too daunting. 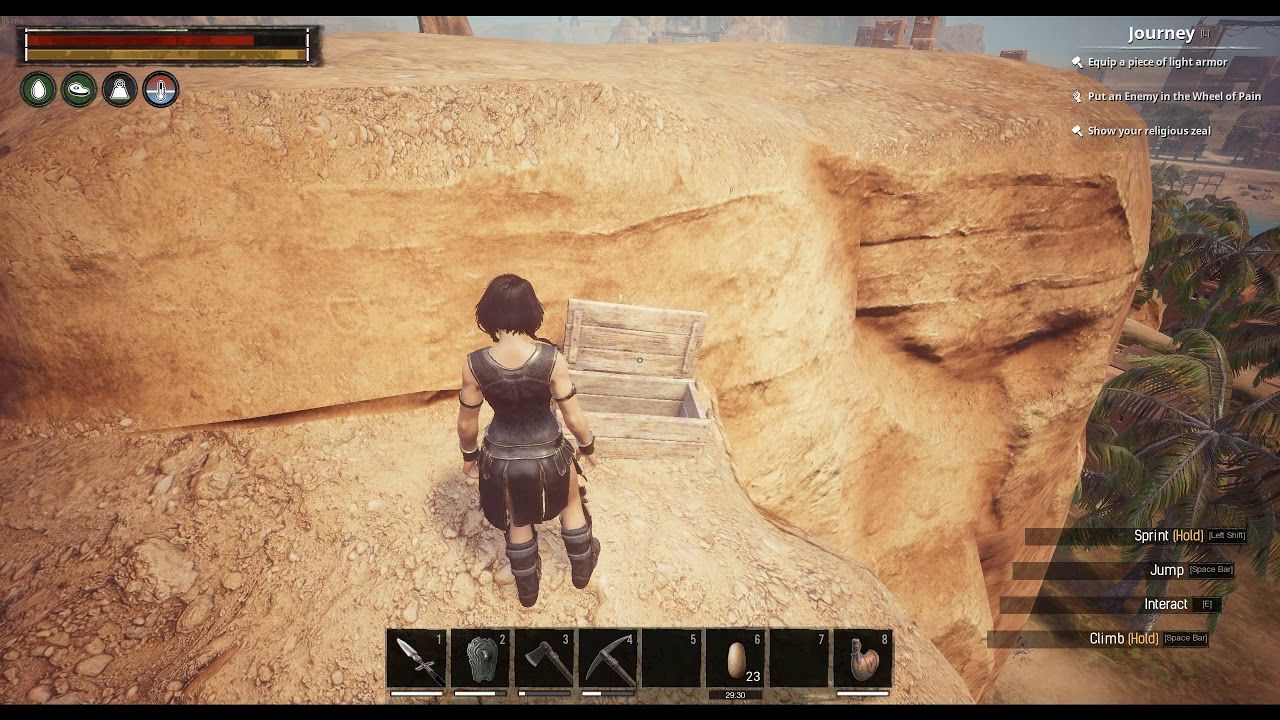 In addition to building lots of bases, you can also try to diversify the location of your treasures. In Conan Exiles, it’s pretty common practice to place a storage chest near your crafting stations or forges so it’s easier to store your materials.

That’s why most players look for chests beside those crafting stations. What you can do is place a sacrificial chest with or without goods in them so the raiders don’t run away with your valuable stuff. Meanwhile, you can hide the actual treasure somewhere else. This takes time and effort but it’s worth it for the peace of mind. 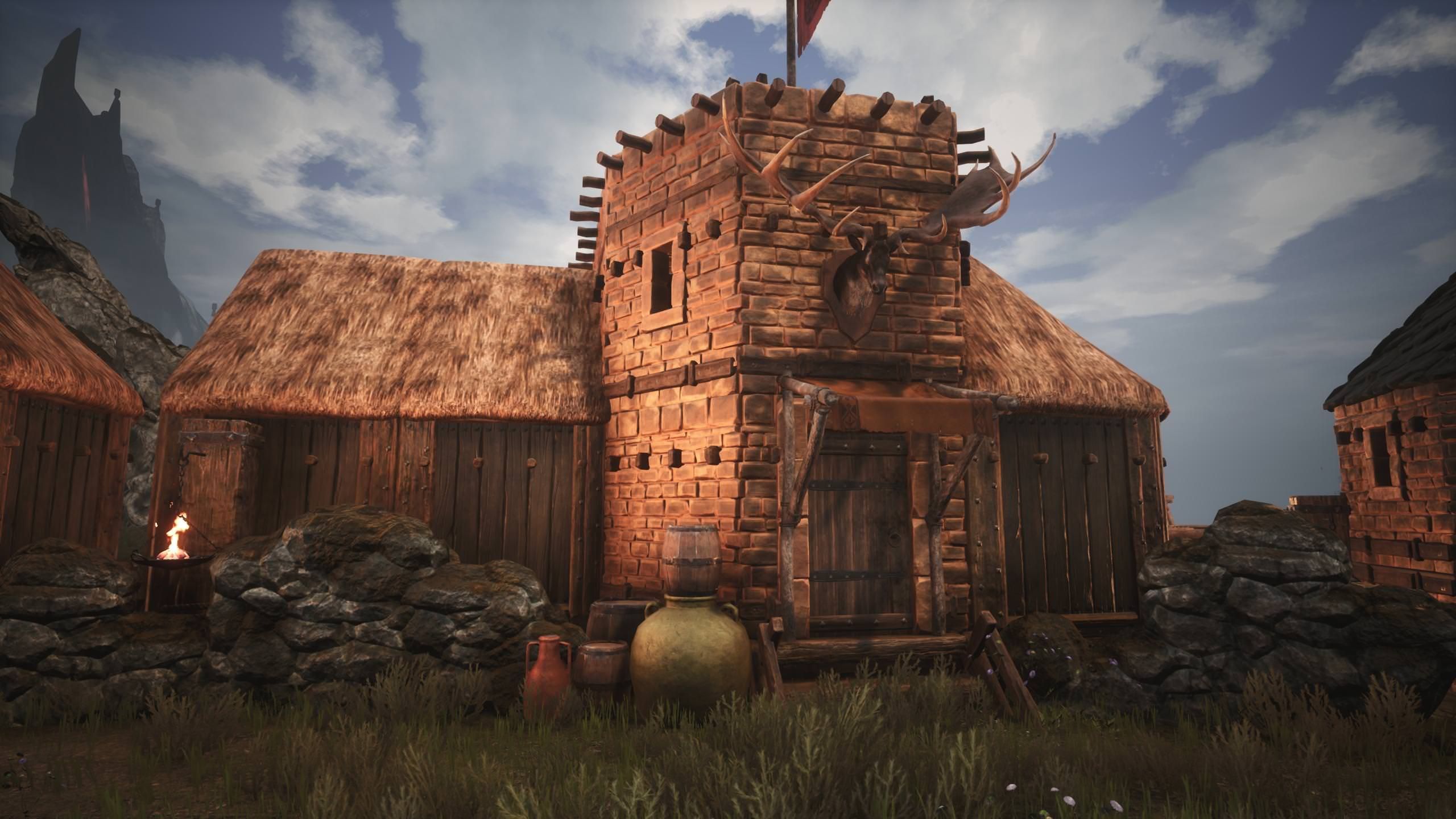 Want to waste raiders’ time and effort even more? Try building something called an airlock structure. It’s basically a long corridor after a door ending in another secure door. It looks like a decontamination chamber for a spaceship, hence the name.

It not only strengthens your defenses but also prevents anyone from sneaking past the first door. You’ll also want to conceal those airlocks and place them under a roof so that invaders don’t know what to expect. 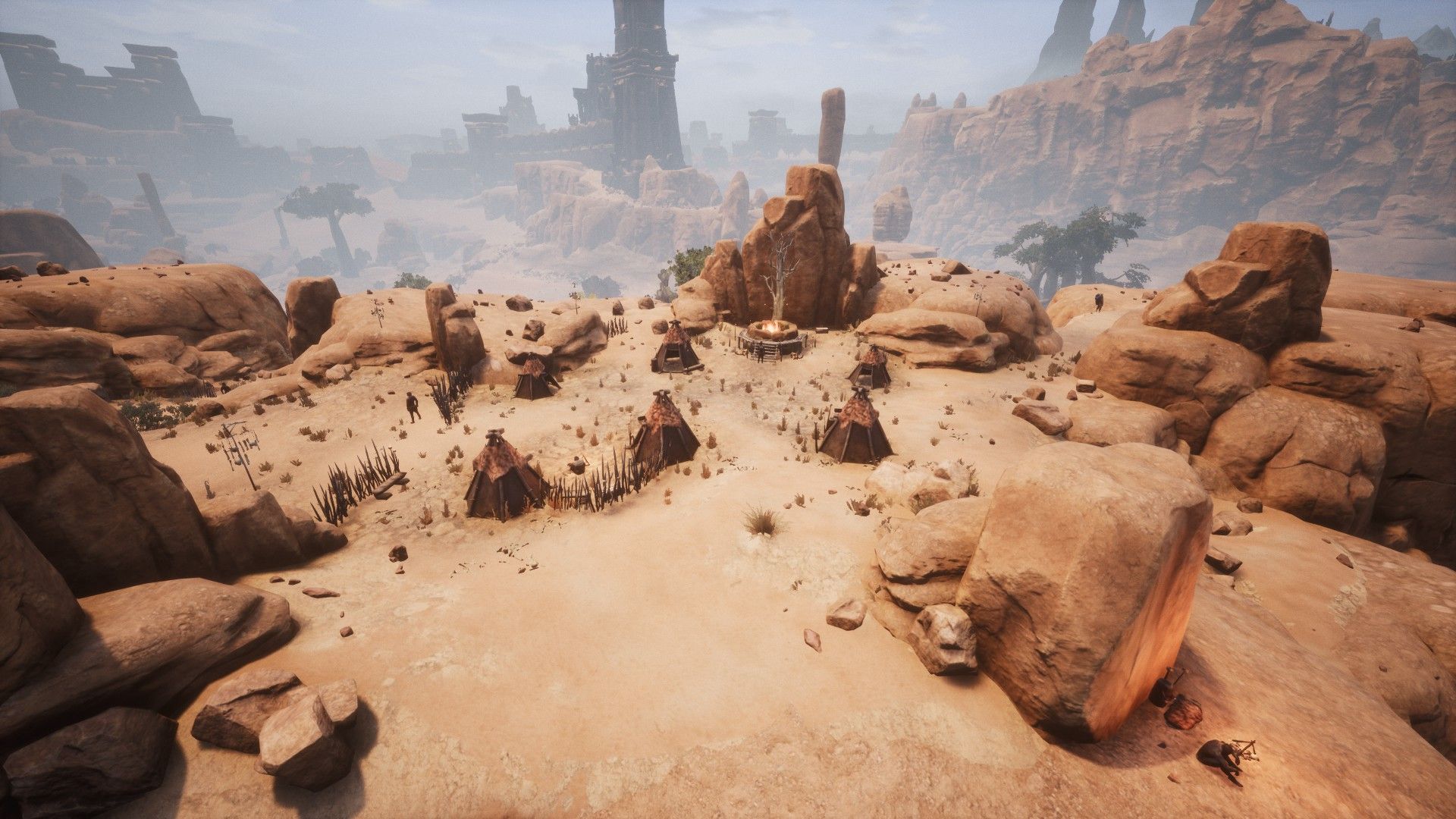 A general rule of thumb in building bases (and one that’s often forgotten by many players) is that it’s best for your base to function well instead of looking like a luxurious digital man-cave. You’ll have to prioritize everything being defensible and in working order over making everything stylish.

That can mean picking a tougher wall over a more stylish one or holing up in a dank cave if it means having better defenses. Style can come afterward, once your thralls, crafting stations, and treasures are secure. 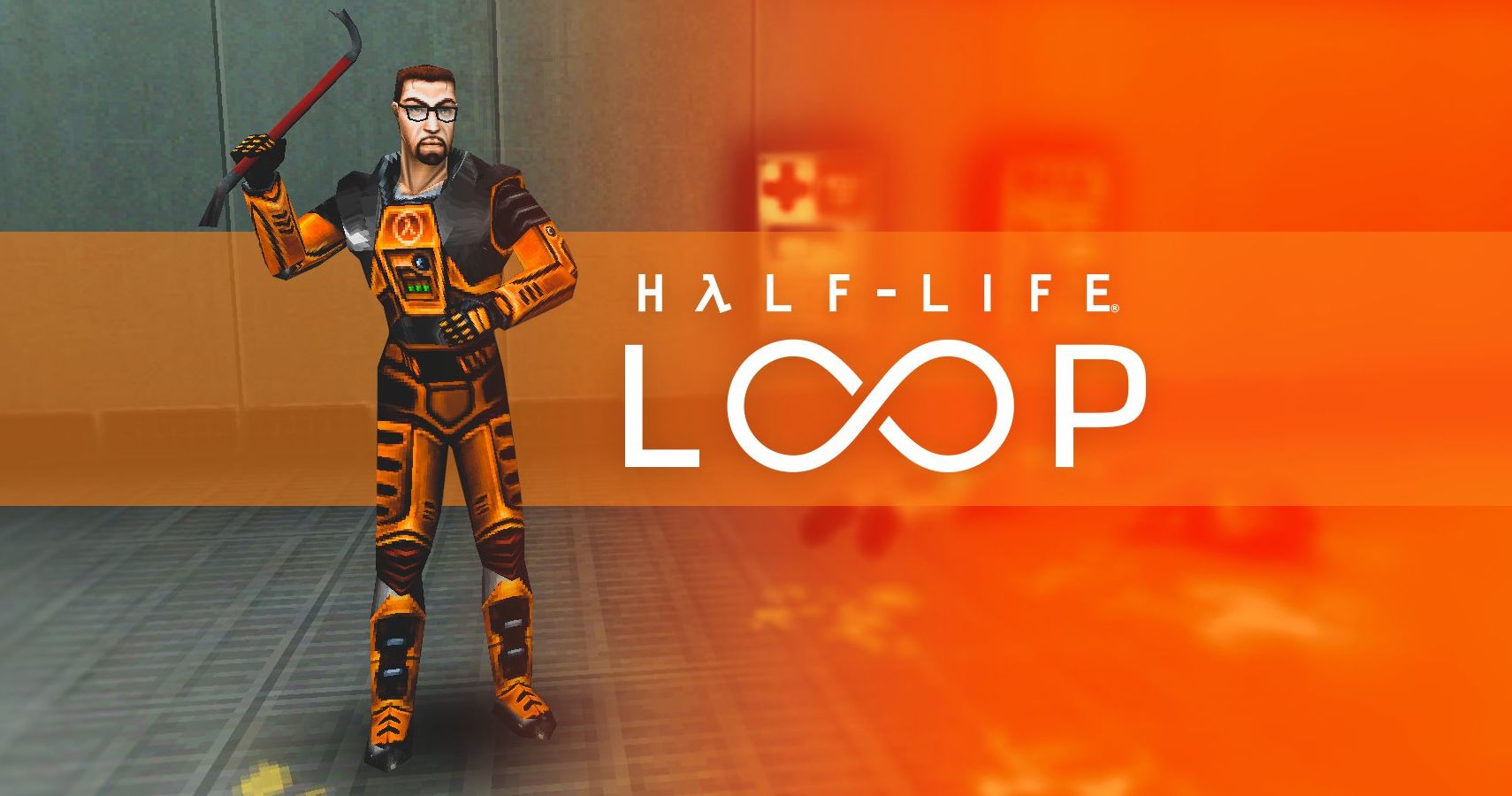 Gordon Freeman’s having an out-of-body experience.

Sid was born, did some stuff, then decided to become a writer.

He finds respite in the sweet embrace of mass media escapism after having risked his life too many times as a journalist covering warzones and depressed areas. Nowadays he mostly risks his bladder as he tries to hold his urine waiting for those precious post-credits scenes at the movies or trying to kill Souls-like bosses. So far it’s going well. Probably.