Control Lets You Bend Reality In The Weirdest Ways

Thanks to our cover story on Control from earlier this year, we’ve already learned a lot (and shared it all with you) about Remedy’s upcoming supernatural action adventure game. At E3, we had the chance to step into the bizarre world once again and play Control for nearly an hour.

Control’s premise is enticingly weird. You play as Jesse Faden, a young woman who hopes to find answers about her mysterious supernatural powers by visiting the Oldest House, the home of a paranormal investigative branch called the Federal Bureau of Control. The demo sees Jesse investigating the maintenance sector of the Bureau, fighting off new types of the Hiss (the dangerous and ghostly entity that has possessed much of the staff), meeting new personalities, and binding to abilities such as Evade and Shield.

Combat feels smooth, dynamic, and similar to what we experienced during the cover story trip (if anything, it’s more polished now). The big difference is that in this demo I had fewer abilities because it takes place earlier in the game. At first, I could only use melee, launch (it lets you push/pull objects or people in midair), and two forms of my Service Weapon (these included Grip, similar to a standard pistol, and Shatter, which triggers explosive blasts). Melee and gunplay work well to bring down a foe’s health, whereas your abilities are great at destroying shields. Of course, you can mix it up however you like, and it’s best to handle combat with a melange of both physical and supernatural attacks.

Using your abilities is what makes Control’s combat so much fun. I loved launching desks, giant machines, chairs, and whatever I could find toward enemies to topple them off their feet. The particle effects are really detailed, too, so everything feels satisfyingly destructive. 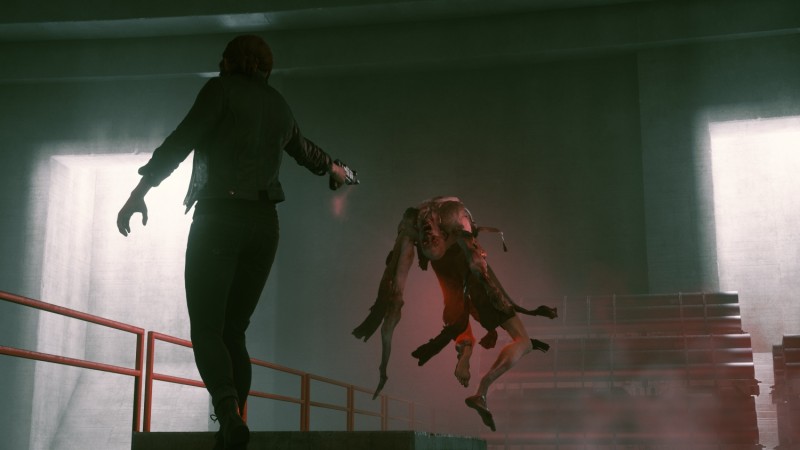 I came across two new types of enemies: Hiss Charged, which looks like a contorted zombie that hovers over the ground and explodes when near death, and Hiss Trooper, a heavily armored foe that shoots grenades. Groups of Hiss Charged were particularly menacing; I had to be careful to run away in time after dealing the final blow. I was happy to see more enemy types in the demo, since I remember coming away from the cover story hoping for more variety in that department.

One of the memorable moments during the demo was a side mission to acquire the Evade ability. After following a strange red light in a storage room and “cleansing” an Object of Power (these are items that are tinged with supernatural qualities) that looked like a horse from a carousel (er, I can’t explain that one), I was transported to the Astral Plane. This otherworldly zone is where you can learn new abilities as long as you pass a trial. To acquire Evade, I had to use the ability to quickly zoom through walls that closed in and then practice using it with enemies. These side missions are comprehensive tutorials, but I’m curious how Remedy brings the Astral Plane to life in other ways, particularly with story moments.

Speaking of the story, we learn a bit more about Jesse’s motivations and about the remaining Bureau workers. For example, I met research assistant Emily Pope, who narrative designer Brooke Maggs says Jesse begins to trust and open up to later on, and a peculiar janitor named Ahti who’s Finnish background isn’t a coincidence (Remedy is located in Helsinki, Finland). 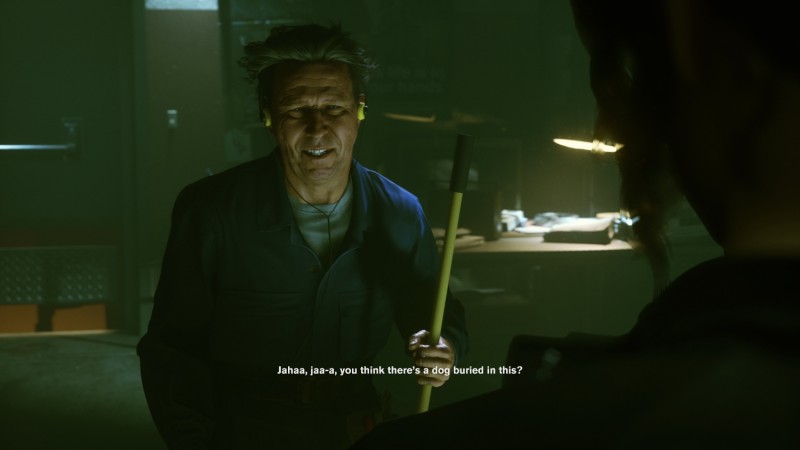 “There’s this Finnish heritage that he has, and sometimes he uses weird expressions that are very familiar to us as Finns, but then he just translates them directly to English,” gamer director Mikael Kasurinen says. “So it’s a bit weird to talk with him. But he’s a fun and sometimes unsettling character.”

A conversation with Pope reveals that something happened to Jesse’s brother Dylan when they were young, and that he’s been missing ever since. This disappearance is partly what led Jesse to the Oldest House. After an unexplainable supernatural incident, they came across a “strange entity” and the Bureau stepped in.

“The bureau investigates these strange phenomena that happen around the world, and then study them contain them,” Kasurinen says. “So they came and took her brother. [Jesse] managed to escape. Ever since then, she wanted to find out what happened to him.”

I came away from this demo feeling all the more excited for Control and eager to discover more about Jesse and the strange environment and circumstances she finds herself in. With an intriguing story and solid combat, this is a title to keep on your radar.

For more impressions on the demo, you can watch parts of it in our New Gameplay Today video below.

Control releases on August 27 for PlayStation 4, Xbox One, and PC (exclusively on the Epic Store). Click the banner under this text to learn more.