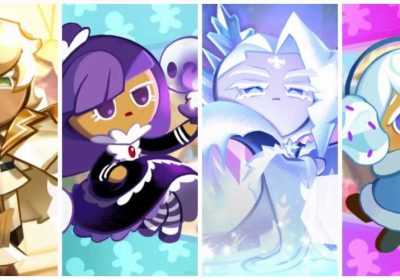 Cookie Run: Kingdom is one of the few games that aren't afraid to take a cute, cartoonish style and go all out with it. But, don't let the bright colors and candy fool you; the game's battles can be brutal. Though there are plenty of Cookies who become staples in your party, with the way Cookie Run: Kingdom's battles go, you'll find yourself mixing and matching members more often than not.

Magic Cookies are generally good at dealing damage and applying buffs to the party or debuffs to enemies, but in return, they're very squishy. Since they're usually a Middle placement, it's essential to know which ones are best at fighting off tougher enemies without dying too quickly. 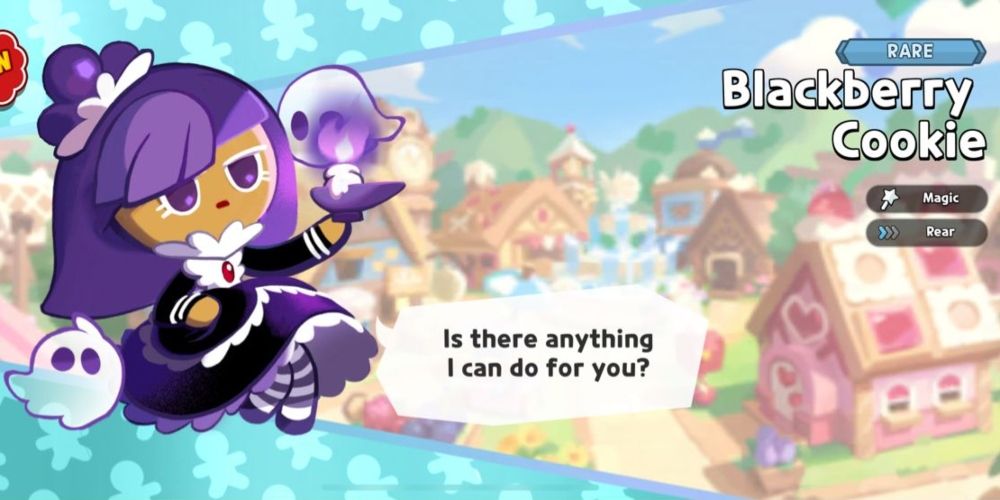 This Cookie is Rare, which makes her less powerful than her Epic counterparts, but also easier to get. She's good to use when you're just starting, as well as in certain scenarios where you want increased crit rate, since her skill does just that. However, there is a Rare Treasure you can equip that increases the party's crit rate, so you might prefer to use that and let another Cookie take Blackberry's place.

Overall, Blackberry has her niche uses. Though she's always straight-faced, it'd be hard to find a Cookie as hard-working and helpful as she is. 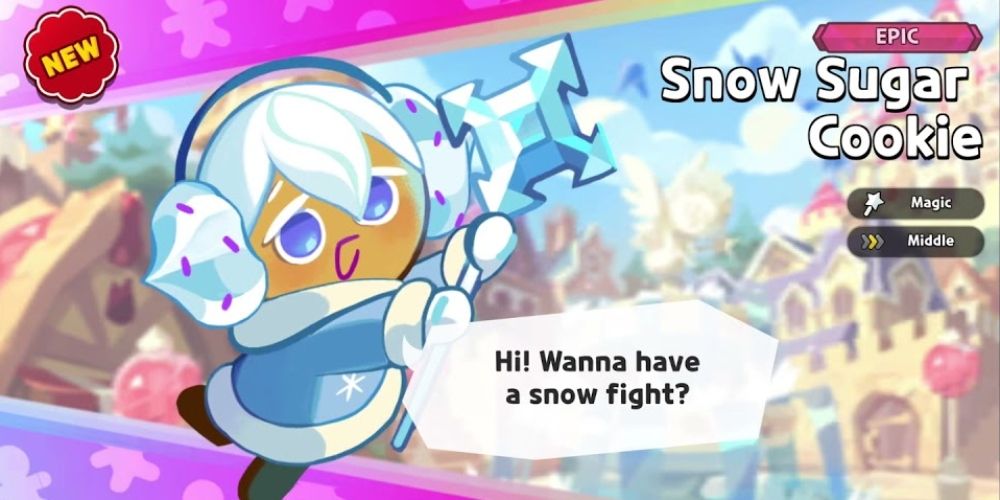 Unfortunately, this Epic Cookie gets outshone rather quickly by other Cookies. His skill summons his friend, Snow King, who does damage to enemies. Snow King also reduces the attack speed of enemies close enough to his snowstorm, which can be helpful.

The downside to this is that Sugar Cookie's skill has a cooldown of a whopping 20 seconds, and Snow King's damage and debuff range just aren't enough to make up for it. Still, Snow Sugar Cookie can be very useful in early to middle stages. He mainly uses his wand to summon friends to play with, but they can put up a fight too. 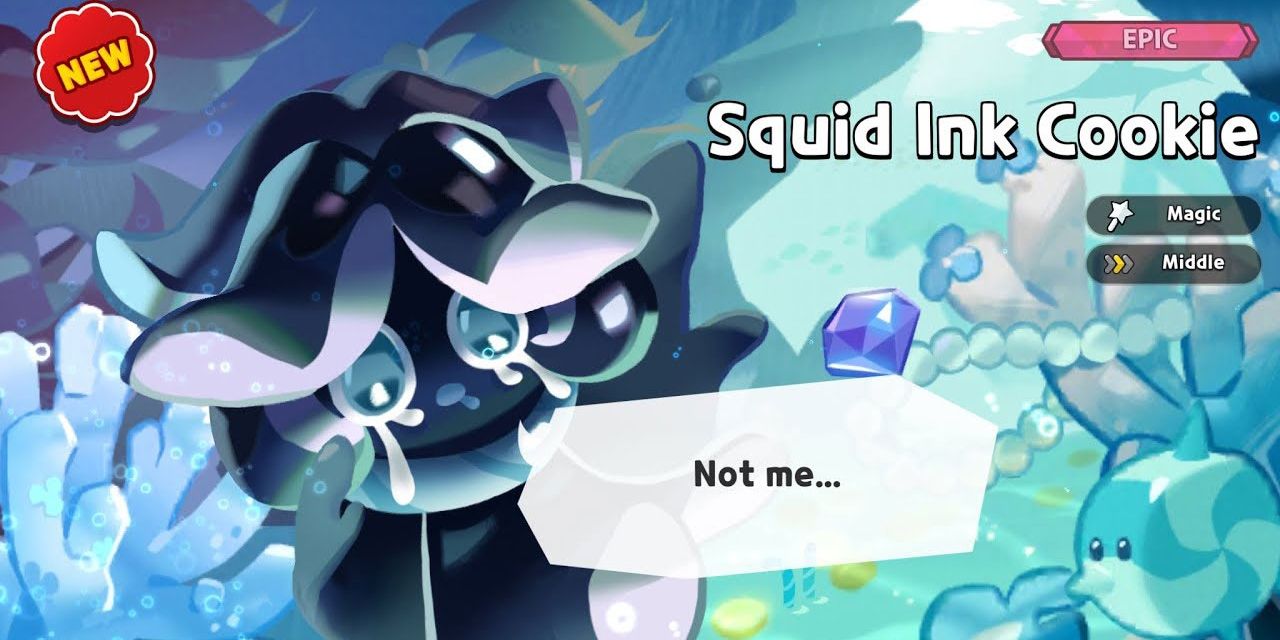 Squid Ink Cookie's skill allows them to damage enemies that are in the Middle and Rear positions rather than the Front, making them good against enemies who do a lot of damage while hiding behind others. This skill can also make them useful in Arena since most Front Cookies specialize in Defense, and the ones that hit really hard, have unique skills, or heal their teammates tend to be in the Middle and Rear.

However, if you're not having trouble with enemies in the Rear, there are better Cookies to choose from, since Squid Ink's damage isn't powerful enough to be a must-have in regular situations. Maybe that's why they're always sobbing? 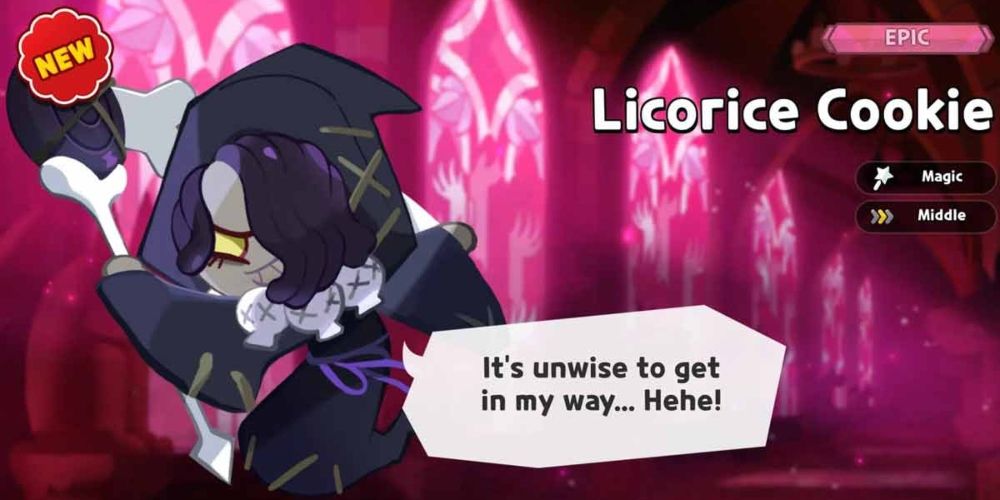 Like Snow Sugar Cookie, Licorice Cookie's skill allows him to summon servants to fight for him. It also increases the party's defense for some time. Sadly, these servants are small and don't do much to protect Licorice while they're summoned. This coupled with Licorice Cookie's low HP means he will likely die easily in battle.

However, summoned creatures still stay in battle if the Cookie who summoned them is gone, and Licorice's servants can get rid of enemies more easily than Snow King. Ultimately, the goal with Licorice is to do as much damage as you can before he dies. Who knew that dabbling in Black Magic made you so frail? 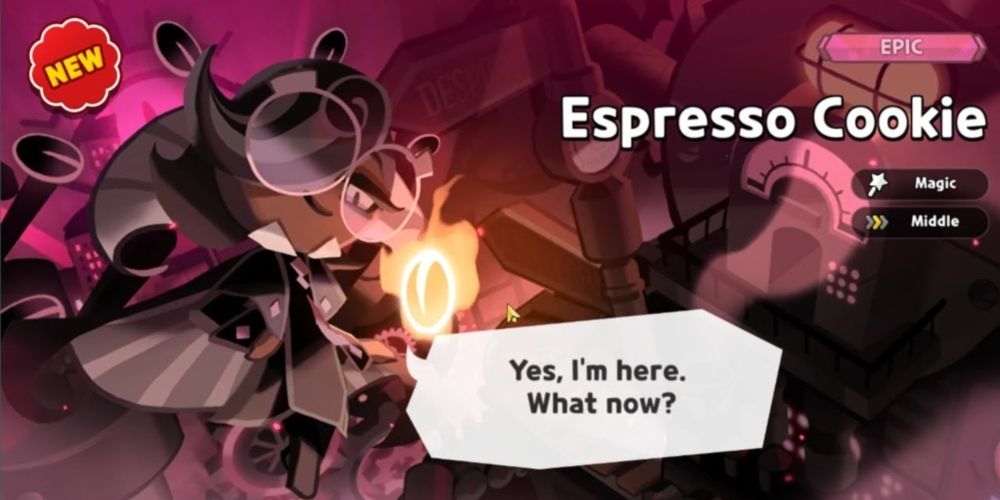 You might see this Cookie in the Arena often, and that's for good reason. Espresso Cookie is one of the lucky Cookies who has a Magic Candy that you can equip, giving him a whole new skill. His regular skill hits the enemies seven consecutive times, with a big final hit. His Magic Candy skill not only stuns enemies, an infliction that can mean life or death for you, but he also debuffs them with Injury, reducing their maximum HP.

Thus, an Espresso with Magic Candy can destroy virtually anyone in Arena with the right party, as well as do some sick damage in PvE. 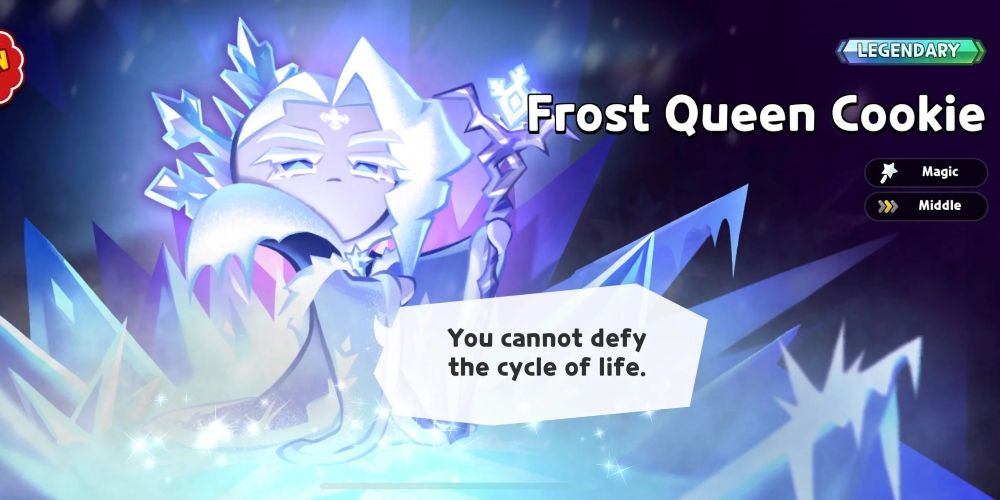 This Cookie switches between second and third place depending on your style and other available Cookies. Overall, Frost Queen Cookie's Legendary rarity precedes her. Her skill deals significant damage on its own, but on top of that, it applies Freeze to enemies, which can make or break your team in battle. Freeze, like Stun, stops enemies in their tracks temporarily. But it also pauses their skill cooldown for its duration, making it take longer for foes to be able to use their skills.

Sadly, there are stages where the enemies are immune to Freeze. When you use Frost Queen outside those stages, though, she's a solid choice if you can keep her alive. This Cookie won't let anyone stop her from reaching her goal, even if she has to freeze them. 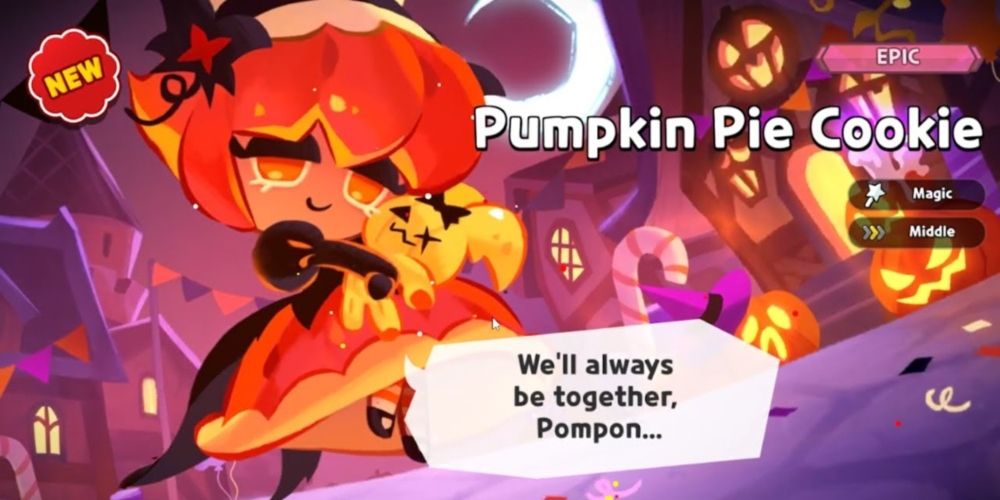 Pumpkin Pie's skill is another summon. Her dearest friend Pompon turns into a giant pumpkin monster and attacks enemies. This skill is excellent because Pompon acts as a tank, attacker, and debuffer all at once. On top of that, Pompon's duration on the battlefield is 20 seconds, meaning Pumpkin Pie can summon them virtually constantly with the help of the Squishy Jelly Watch treasure.

It should be noted that Pumpkin Pie Cookie herself dies incredibly easily on the battlefield. It's recommended to bring a good Healing Cookie to help with her endurance. You can also mix Attack and Damage Resistance toppings or give her full Damage Resistance to make her more durable. Just make sure not to get Pompon mad by allowing her to die, or else… 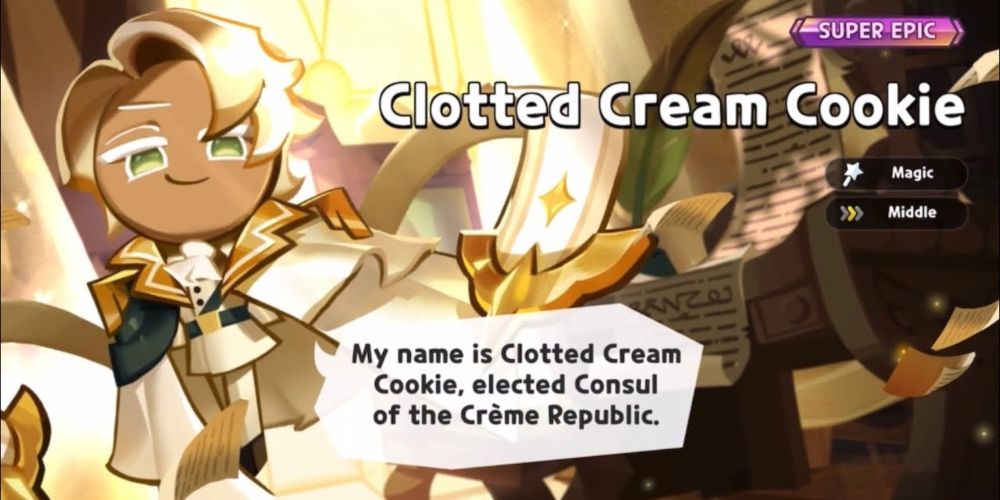 This Cookie was the first Super Epic to be added to the game, and Super is right. His skill does multiple things, and they're all extremely useful. For one, the skill hits 22 consecutive times, destroying enemies who aren't ready for it. The hits also stun one enemy in the Front position and knock them back. Secondly, the skill activates a Light Cage that traps the knocked back Front enemy within it. This makes enemies in the Middle and Rear temporarily exposed to go wild on.

But wait, there's more! Clotted Cream's skill also gives him a Damage Resistance buff, making it harder for him to go down. This is good news as, like other Magic Cookies, he's not very tanky. All these factors together make Clotted Cream extremely viable for many situations. You may not be able to trust his smile, but you can trust him in battle, at least.