Crash Bandicoot Voice Actors Are Working On A New Project 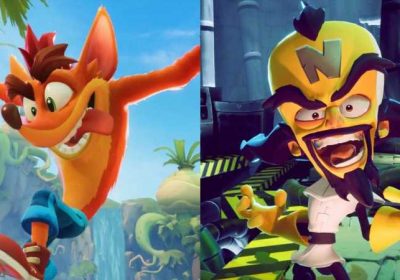 Crash Bandicoot and Dr. Neo Cortex are teaming up once again. Two voice actors behind the best-selling Crash Bandicoot 4: It’s About Time, Scott Whyte and Lex Lang, have revealed that they are working on a new project that may be related to the orange marsupial… or not.

Whyte, who voices Crash alongside Lang’s Cortex, shared a photo on Instagram (tweeted by @Canadianguyehh) showing a Zoom meeting between him, Lang and a few other people whose faces were hidden, teasing fans about what they’re cooking up while palling around the voice actor of the nefarious mad scientist.

“Well lookie lookie! It’s #neocortex and #CrashBandicoot working together on a fun new project… No, this one is not another Crash game (or is it?? Haha!)” Whyte wrote in the caption. “I always enjoy sharing mics with @lexlang… I know we’re supposed to be professionals, but at what point do I ask him for an autograph???”

Whether the project Whyte and Lang are really working on is a new Crash game or another form of media involving Crash is not clear. It would be surprising if they’re working a Crash Bandicoot TV series, considering the rumors that swirled around earlier this year that a Crash cartoon being developed by Activision and Amazon Prime got cancelled due to a dispute over the script.

To quell speculations from his followers over what involvement Crash Bandicoot may have in Whyte and Lang’s new project, if at all, @Canadianguyehh wrote a response beneath his original tweet that they’ll have to wait and see what it is. “Remember, this might NOT be a Crash ‘GAME.’ But this is a Crash ‘PRODUCT,'” he wrote, noting that the project could be a multitude of things, from Wumpa League to a cameo in Spyro 4 (if and whenever that one comes out since Spyro tends to follow Crash) to even Crash joining Super Smash Bros. Ultimate.

Until we find out if Whyte and Lang are taking Crash along for the ride, you can grab Crash Bandicoot 4: It’s About Time on the PS5, Xbox Series X/S and the Nintendo Switch.