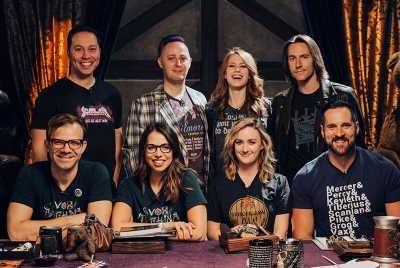 Critical Role has revealed the final character art for The Legend of Vox Machina, an animated series coming to Amazon Prime Video. Leading the design is Phil Bourassa, a veteran of superhero cartoons such as Young Justice, Batman: Bad Blood, and Justice League. The final art — including a short animation — was included in a video on YouTube.

In 2019 the Dungeons & Dragons actual play group Critical Role launched a crowdfunding campaign for an animated series based on their early adventures. After raising more than $11 million, it’s got a two-season deal with Amazon Prime Video. Animation is being handled by Emmy-award winning studio Titmouse, best known for its work on series such as The Venture Bros. and Star Wars: Galaxy of Adventures.