Crysis Remastered Has Received A New Patch With DLSS Support 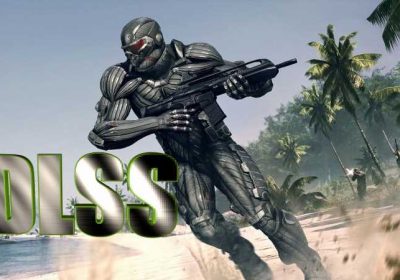 If you’ve been struggling to run Crysis Remastered on your PC, today’s new update might be the remedy you need. Official support for Nvidia’s DLSS technology has been added to the game via its latest update. For those unaware of what DLSS is, it’s a method of super-sampling that renders games at a lower internal resolution and upscales the visuals to your selected resolution. It was engineered in order to cut down on the performance hit that ray-tracing takes.

Crysis Remastered didn’t necessarily impact the RTX 3000 series too much, but DLSS will absolutely increase performance by a significant margin. Crytek claims users will experience upwards of a 40% improvement in framerates, which should help those trying to play the game at 8K resolution. Even if you’re not playing at absurd details, DLSS should have a tangible benefit on the feel of the game.

With regards to this update, Vladimir Kajalin (principal rendering engineer for Crytek) said, “The Crysis franchise is famous for pushing the visual boundaries, so adding DLSS support was a natural fit. NVIDIA DLSS is an amazing technology and gives a huge performance boost to Crysis Remastered, allowing players to get even more out of the game and their hardware.”

To utilize DLSS, you’ll need to have an RTX 2000 or 3000 series GPU in your machine. If you’ve been lucky enough to even get your hands on one -and not at exorbitant scalper prices-, it’s basically a no-brainer to use the technology. Who would say no to increased performance with sometimes better visual quality?