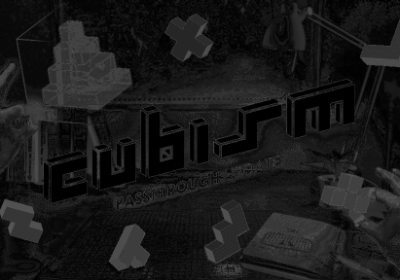 Quest developers have been playing around with a new Passthrough API allowing them to integrate the Quest’s passthrough camera view into their experiences for the first time. Cubism was one of the very first experiences to demonstrate this, with developer Thomas Van Bouwel sharing footage of a very early test version back in August.

We got our hands on the feature a few weeks later and remarked that this new mixed reality, AR-lite version of the game might be the best way to play yet. This may be even more true now with some new additions, like hand tracking support in Passthrough – previously not possible due to some now-resolved OpenXR bugs relating to hand tracking. The system cleverly employs some neat visual tricks that let you see your virtual hands at all times, even when they’re behind in-game objects.

The update today also includes a new ‘tabletop mode’ for passthrough. Designed for when playing at a desk, tabletop mode requires you to set your guardian floor at the height of your desk. This lets the puzzle menu lay flat on the desk, giving some force feedback, and allows each piece’s drop shadow to be viewed against the desk area. It’s a fantastic little touch that should give a better sense of presence when playing at a desk or table.

The Passthrough Update for Cubism is available now and can be enabled in the game’s settings menu.