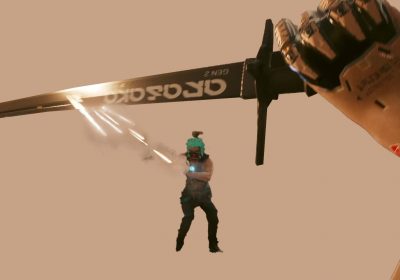 The new 'Time Dilation Overhaul' mod from TeslaCoiled not only enhances V's base time-slowing abilities to provide a more challenging and rewarding experience but also features some brand-new skills. These include bullet deflection with your katana, slow-motion vehicle driving, and even teleportation towards your target while uploading malware to nearby foes.

TeslaCoiled felt that some major aspects in the way time dilation is handled within Cyberpunk 2077 are fundamentally broken, and it can be assumed he's not the only one. As a result, the modder offered his own solution that affects nearly every aspect of this feature, allowing players to flexibly customize how they want to control time —there are a total of 344 configurable variables available, so there's plenty of choice.

When playing with the mod installed, players will get plenty of minor bug fixes and QoL improvements as well, like altered NPCs behavior in slow motion, on top of reworked scanning and quickhack systems. For instance, enemies that have appropriate cyberware installed will be able to keep up with V in a slowed time, so you have to watch out for them.

What's even cooler is, that from now on, you'll be able to install yourself an updated Sandevistan operating system that grants additional perks for each of the seven different in-game manufacturers—with their respective benefits. Some are completely unique in that you won't ever find them in the base game. To get yourself a better taste of how exactly this mod overhauls Cyberpunk 2077's gameplay, take a look at the trailer above. You can download this fan project from its page on the Nexus website.

And be sure to check out some other cool Cyberpunk 2077 mods like this one that allows you to craft some robotic drones, amassing a droid army to assist in combat.