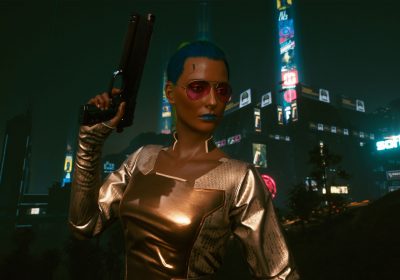 It would be an understatement to say that players found one or two problems in Cyberpunk 2077 when it first launched a year ago. The glitches and cut content are well documented at this point. However, as is now known, there's a bunch of problems that can't be so easily solved with patches, so that's where the modding community comes in.

Modder KiroKobra has come out with a full combat rebalance, aiming to make the game fairer earlier on, and harder as you progress. This comes after players report that the way damage and levelling up system works in the vanilla game is far too punishing for new players, but hardly presents a challenge later on. Full Gameplay Rebalance Dynamic Damage and Config Preset aims to amend this, offering a system that reflects the player's experience.

The mod works alongside the massive Full Gameplay Rebalance project, created by Scissors123454321. FGR covered all aspects of the game, so combat was touched upon. However, KiroKobra's mod hones in on this area, offering even further rebalances.

"A common issue with CP77 is that the beginning of the game is too hard, and endgame is too easy. 'Hard' is definitely subjective, but what I'm trying to say is that the difficulty curve starts off pretty aggressive and only gets easier from there", says KiroKobra on the mod's Nexus page. "While FGR does a great job in minimizing this, the issue is still present. I've created a script that dynamically adjusts your incoming and outgoing damage depending on your level, so the beginning is FAIR".

This is accomplished by increasing your enemies' health as you level up, as well as adjusting the amount of damage you can give and take as you progress.

Of course, this is a huge help for players on PC, but those of us on console will have to wait for official fixes to roll out. Fortunately, we should be in for a big one soon, as CD Projekt Red has confirmed that both the next-gen update and a big patch are on the way early next year.