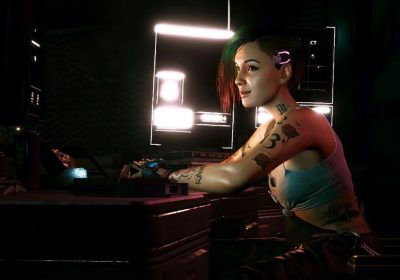 While you wait for CDPR to continue fixing Cyberpunk, modders have unearthed elements that have been left behind and made them playable.

Following the tumultuous release and first few months of Cyberpunk 2077’s life, it’s safe to say the game isn’t where CD Projekt Red envisioned it being right about now. The work continues when it comes to fixing the game, and recently the 1.2 patch rid the game of more than 500 bugs. While you wait for more fixes to come, the game’s modders have been adding and unearthing things to keep you busy.

The latest of those things comes in the form of quests CDPR left on the cutting room floor. Four of them, to be exact, which do not feature in the base game. Modder romulus_is_here has made those quests playable without you having to enter debug mode. Two of them aren’t in great shape and a little glitchy, but perhaps that will help most Cyberpunk players feel more at home.

However, the other two actually play pretty well. One of them can be seen above being played in debug mode when it was first discovered. Romulus hasn’t just been restoring abandoned quests. They have also been finding new ones. Their deep dive into the aforementioned 1.2 update unearthed multiple new quests that could well be added as a part of Cyberpunk’s future DLC.

Modders have also reinstated a version of V that was shown off by CDPR back at E3 2018. Most notably the female version of the character. Cyberpunk was first announced all the way back in 2013, and not released until almost eight years later. At 2018’s E3, the developer showed off some ofwhat it had so far. Turns out those who saw that presentation weren’t pleased to discover V’s design had been changed between then and the game’s release.

Unlike some other studios, CDPR actively encourages modding of Cyberpunk. The developer added official modding tools to the game earlier this year. Whether it foresaw modders discovering quests and elements it had left behind and making them playable is another matter entirely. If you play the game on PC though, you can do that right now.